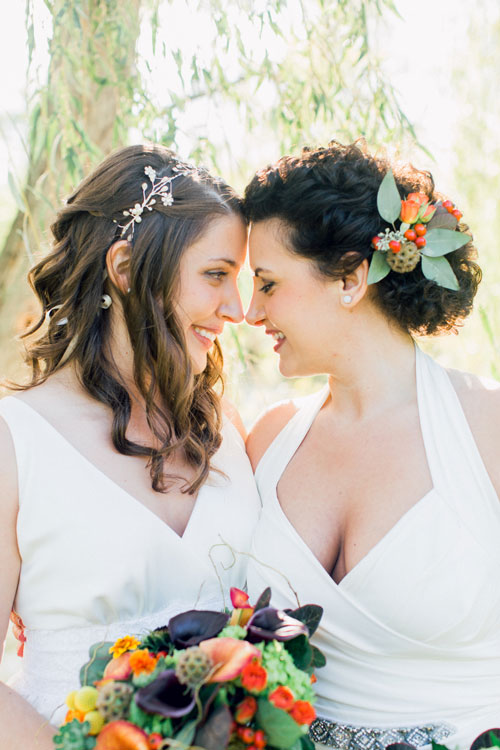 When Brittney Met Elena.
Before they fell in love with each other, Brittney Tyler and Elena Kakogiannis fell in love with the city of Pittsburgh. After the pair met at an open mic night for female singers/songwriters in Lawrenceville, they became good friends and began to visit museums, ride bikes, kayak, hike and eat at Pittsburgh’s new restaurants together.

They got to know each other while getting to know their new home, and their friendship blossomed into romance.

“We’re both from out-of-state, and we kind of discovered the city together,” Elena says. 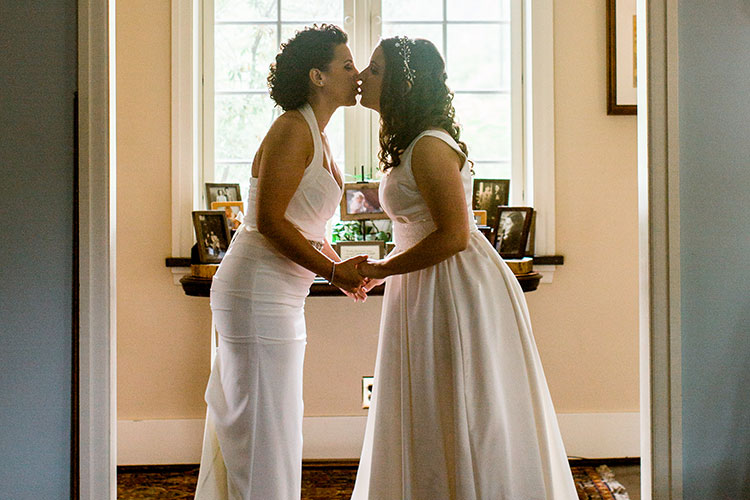 They Said Yes.
The pair knew they wanted to get married, and each talked with the other’s parents. When Elena spoke to Brittney’s father, he gave her a high-five out of happiness — a memory that was special for both women, as he was diagnosed with cancer and died a year before the wedding.

The couple went to Tiffany & Co. in Ross Township during Christmastime and enjoyed hot chocolate and cookies while they picked out rings. Brittney proposed to Elena at the West End Overlook the night before they were leaving to go on a trip, where Elena was planning to propose. Instead, she proposed the next morning.

Brittney says they each wanted to find a special way or moment to pop the question. “We fell in love here, and this is our city now,” Elena says. 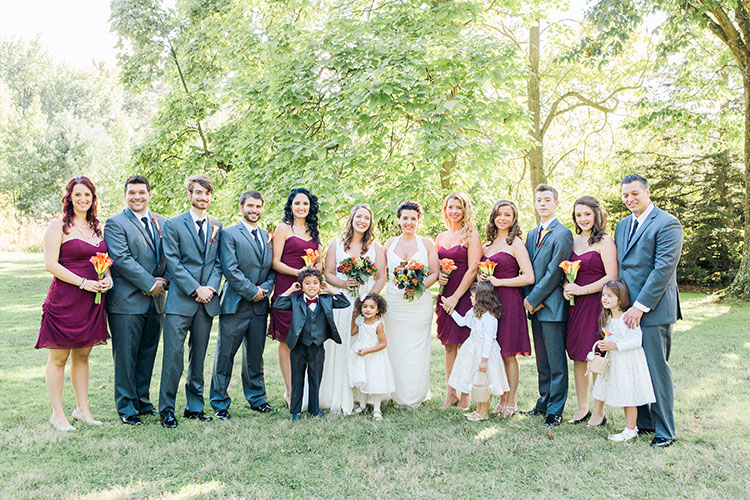 The Big Day.
During the couple’s rehearsal dinner the night before their wedding, the weather was rainy, windy and cold, causing them to worry about the weather for the next day. “My favorite memory is the sun coming through and [thinking], ‘It’s actually going to be nice out!’” Elena says.

The couple had picked out their dresses together and got ready for their wedding together, although they still did a first-look moment once they had their dresses on. After they were ready, they watched from the window above their ceremony site and laughed together as their friends and family took their seats. 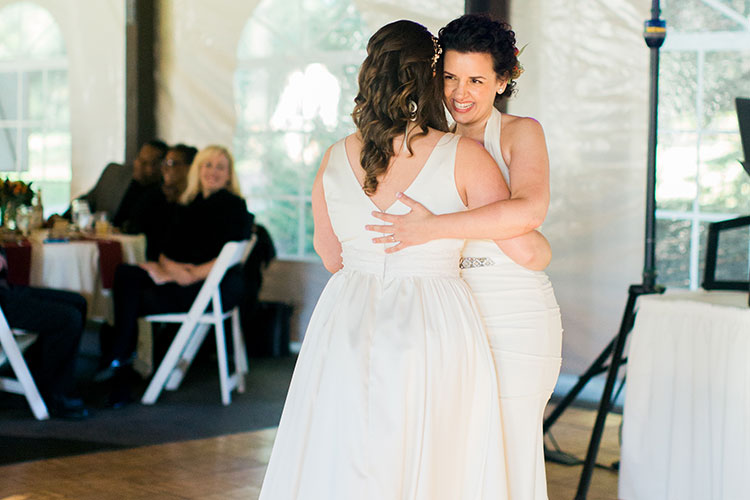 Happily Ever After.
After their wedding, Brittney, 29, and Elena, 34, honeymooned on Maui. They live in Mt. Lebanon with their French bulldog, Simone. Elena works in finance, and Brittney works at Chatham University.