The sensational viral story makes for a stylish, fascinating movie. 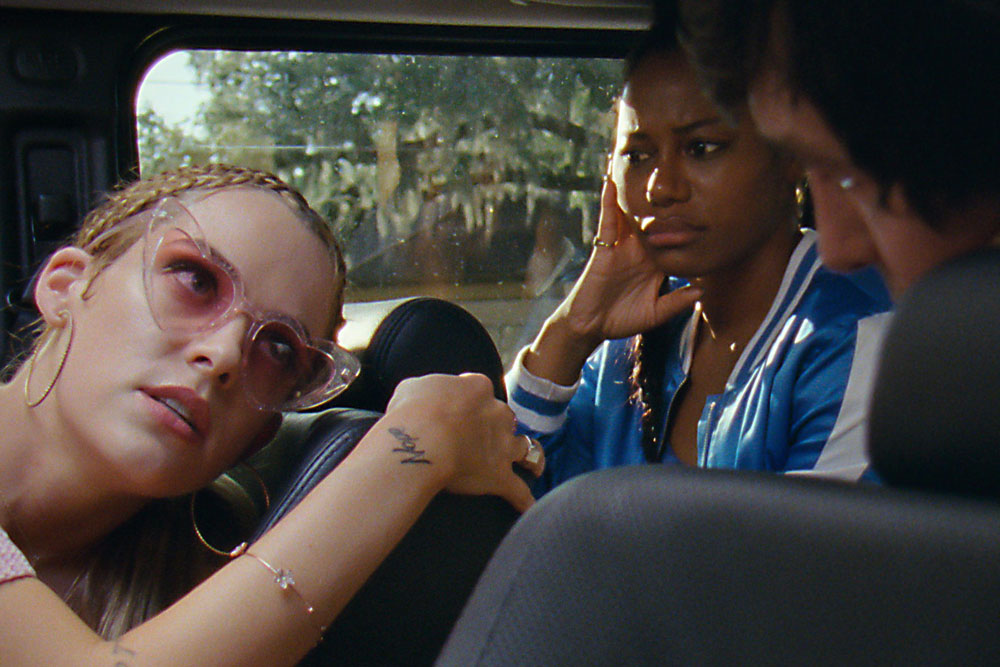 After Aziah “Zola” King, a waitress and sometimes exotic dancer, tweeted a dramatic account of a disastrous trip to Florida, Rolling Stone picked up the tale with an investigative piece by David Kushner. That piece — by way of Zola’s thread, by way of (mostly) real life — was adapted and became “Zola.”

The movie is a bit self-conscious about its social-media origins, seeming to at once apologize and joke about its source material. It needn’t; it’s a good movie and a great tale, no matter where it came from. Its reliance on punctuating scenes with the signature “tweet” sound effect is cute, but not necessary — “Zola” stands on its own, even if removed (as much as it can be) from online culture.

The tale is both stylized and stylish, playing with reality and the fourth wall in explicit and implicit ways (a sudden shift of perspective about an hour in is masterful). For all of its affectations, though, it’s fundamentally a story about a few very bad days.

Zola (Taylour Paige, who is magnificent) meets Stefani (Riley Keough), a fun and flirtatious fellow stripper, at a burger joint. The two bond quickly — Zola points out the unusual speed of their acquaintance, but doesn’t hesitate — and within a few days, the two women find themselves en route to Florida, where Stefani says they can make a lot of money over a long weekend.

They’re accompanied by two men — wilting, jittery Derek (Nicholas Braun) and an unnamed authority figure (Colman Domingo) — whose relationships to Stefani will be teased out over the weekend. Without getting into the suspense and twists that comprise the film’s main ingredients, things go sideways, and in many other directions, in a hurry.

It’s hard to classify “Zola,” which is probably a comedy (but a sad one), often a drama (but a ridiculous one) and sometimes a thriller (if a slow one). Recently, I was trying to describe the tone of Bo Burnham’s unusual comedy special, “Inside,” and landed on a phrase: awful fun. It’s a great time that’ll leave you feeling unsettled.

For “Zola,” that’s partially because of what the film, particularly its script (by Bravo and Jeremy O. Harris) chooses not to investigate. It is, very clearly, the story of what happened — and absolutely not the story of how any character, other than Zola itself, feels about the seedy, dangerous world where these characters live. There’s a lot about Stefani and her associates that could use more interrogation, from her desperate situation to her concerning urban patois.

That’s not this movie, though, and what is here is smart — and very, very gripping. There’s a reason many people scrolled through 140-plus tweets to get this story; it’s a good one. On screen, you won’t be able to look away.

“Zola” is now playing in theaters.