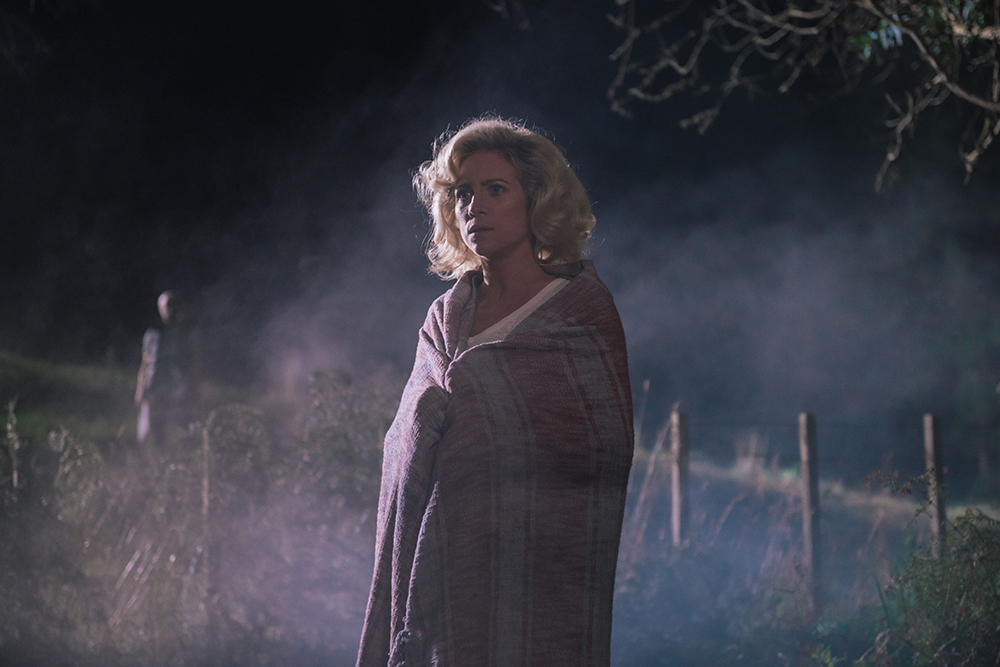 I thought I knew what I was getting out of “X,” the new horror film from director Ti West.

After about 20 minutes — which were filled with visual nods to “The Texas Chain Saw Massacre” and other ’70s proto-slashers — the direction seemed clear. This was going to be a straightforward affair, if a very well-composed one.

Instead, I found a horror film enlivened and deepened by the addition of a very unexpected element: sadness. The mode of the slasher is not one of contemplation, let alone regret; survival, vengeance and defiance are the genre’s tonal hallmarks. In “X,” however, the story is fueled by a wistful longing for what’s lost over time.

It may be set in 1979 (and feature plenty of references to iconic films), but this is no exercise in nostalgia; rather, it’s an almost existential journey into life’s twilight.

Horror fans, fear not: “X” is still a slasher in its bones, and it has all the violence, suspense and titillation that you expect. Mia Goth stars as Maxine, an exotic dancer with big-screen dreams; her beau, Wayne (Martin Henderson), is a wannabe pornography producer who sees dollar signs in the budding home-video market. Along with two seasoned adult stars (Brittany Snow and Scott “Kid Cudi” Mescudi), an idealistic young director (Owen Campbell) and a wide-eyed assistant (Jenna Ortega), the small crew takes off for rural Texas to shoot a down-on-the-farm bit of gonza erotica.

Things, as you’d imagine, don’t go as they hope.

West has always been an intriguing director; his 2009 breakthrough, “The House of the Devil,” is beloved by many genre fans. With “X,” though, he rises from promising young filmmaker to expert; the atmosphere and composition of the shots and sequences are remarkable, creating a pulsing air of dread and suspense that ebbs when appropriate but never breaks. It’s as singular a vision as any in the current auteur-focused horror moment, as West serves as director, writer, co-producer and co-editor (with David Kashevaroff, who deserves credit for the film’s many dazzling transitions).

I wrestled slightly with some of the subject matter; without giving anything away (it’s best to go in as cold as possible), I wondered if the violence could be seen as at all exploitative — or at least in poor taste. Ultimately, though, I think there’s a shocking well of sensitivity in “X,” another surprise in a movie full of them.

Certainly, some will take offense with aspects of the story. (And, to be clear, there is an abundance of sex and violence; the X of the title isn’t the film’s MPAA rating, but it’s awfully close to the mark.) For me, though, “X” is nothing short of a masterpiece that deconstructs a subgenre only to build a sturdier structure with its parts. I’ll be seeing it again as soon as possible.

Oh, and stick around through the credits; West has another surprise in store.

“X” is now playing in theaters.