George Clooney and Julia Roberts add star power, but it doesn't make up for a dull script in this island romance. 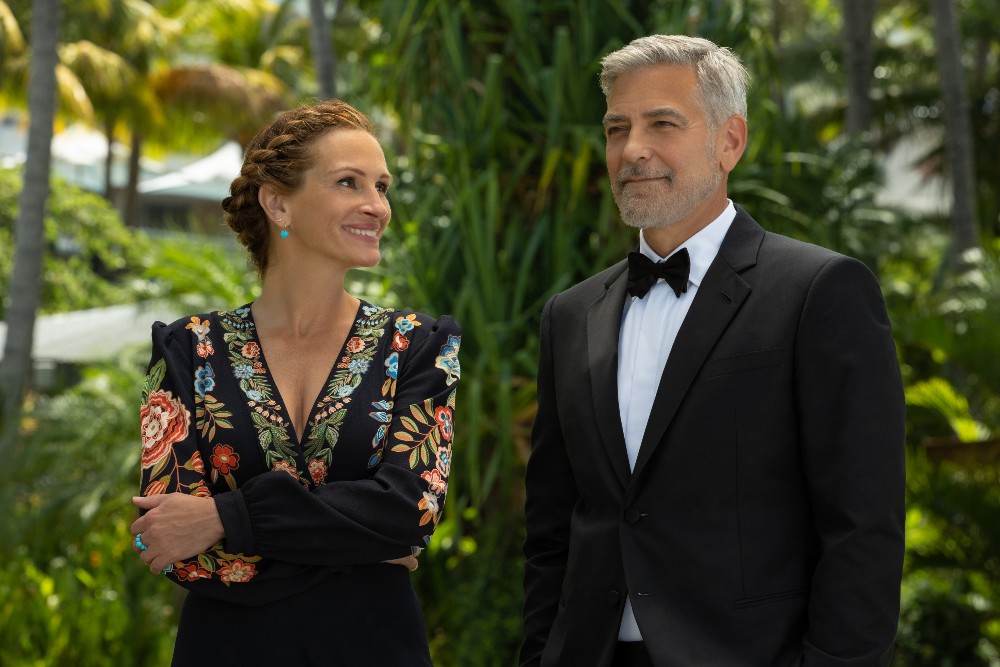 In “Ticket to Paradise,” a dashing young seaweed farmer — no, seriously — explains to the father of his betrothed that their family farming operation is global. The crop he’s harvesting in Bali will actually be flash-frozen by a global distributor and shipped to Whole Foods locations.

They weren’t going for a metaphor, yet they stumbled right into one.

Like many romantic comedies, “Ticket to Paradise” is designed to deliver a bit of harmless fantasy — being swept up in the romance and beauty of a far-off, gorgeous location. Unlike the best of the genre, though, it’s devoid of laughs, unambitious and tepid.

It’s sort of a “Mamma Mia” without ABBA to liven things up.

So what is there for a sleepwalking romcom to do? Coast on the power of famous faces. On this front, at least, they reached for the stars: Julia Roberts and George Clooney play the divorced parents of go-getter twentysomething Lily (Kaitlyn Dever). Lily heads on a trip to Bali after graduation, expecting to unwind before starting a job at a high-power law firm; while there, however, she falls hard for Gede (Maxime Bouttier), the aforementioned seaweed farmer.

Despite hating each other in the way that only charming celebrities playing exes ever do, the parents unite to try and stop Lily from throwing away her opportunity to become an entry-level law clerk to live happily on an island paradise. (Yes, they should’ve thought this through a bit more). Hijinks — or at least, you know, occurrences — ensue.

Clooney spends his time trying to make “Ticket to Paradise” funnier than it is, throwing himself into character tics and physical comedy; he even delivers the film’s only flirtation with drama when he recounts the sad story of his divorce. Dever, undoubtedly a major star of the future, searches desperately for depth in the script. Her efforts are admirable, but director and co-writer (with Daniel Pipski) Ol Parker has not planted any gems for her to unearth.

Actually, let me check Parker’s credits — what has he done? Oh. “Mamma Mia! Here We Go Again.” That makes sense.

At its worst, “Ticket to Paradise” is cliched and dull; at its best, the film is diverting on the level of a sleepy-afternoon romance yarn. There’s a place for that in the world, at least when done better than this — but the stars, and the pleasant setting, deserved better.

Actually, at its best, “Ticket to Paradise” is nature photography. Bali looks great. In other words, save yourself some time and watch the Travel Channel.

“Ticket to Paradise” is now playing in theaters.