The latest adventure for Marvel's muscular comic relief is rollicking and rocking. 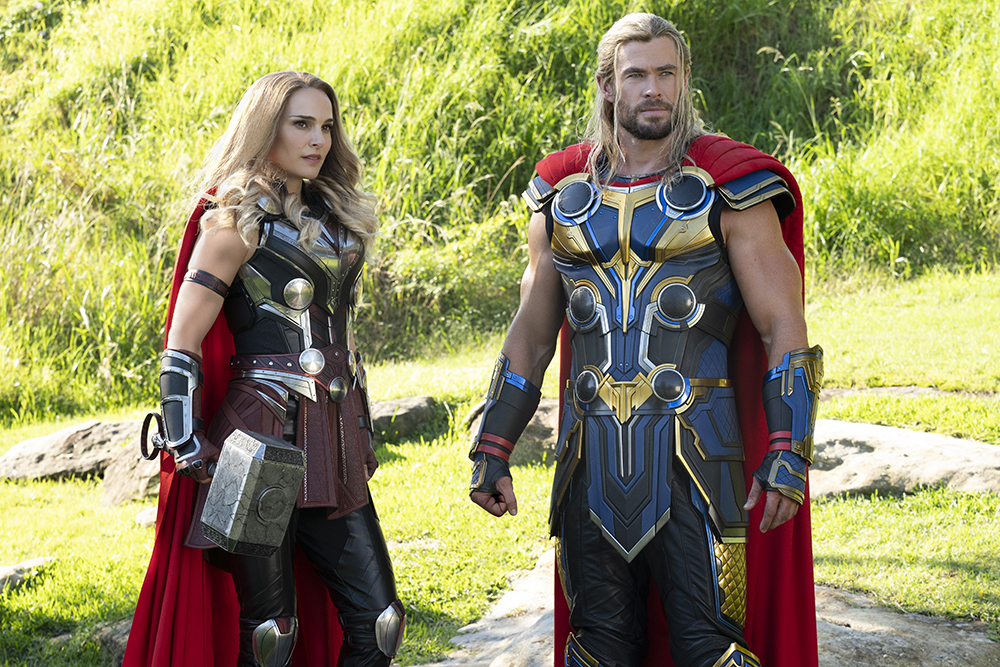 If there were modified tragedy and comedy masks hanging above the Marvel Cinematic Universe’s infinite stage, the smiling, laughing face would certainly be that of Thor. (For innumerable reasons, Iron Man would be the tragedy mask.)

When the character debuted in an eponymous, middling 2011 film, moments of levity were few and far between; he was a fish out of water, yes, but a somber one. As the franchise has continued, though, the muscular god has come to represent the gleeful, fun side of being a superhero — a needed counterpoint to the series’ frequent universe-ending storylines.

Sure, Thor (perfectly embodied, as always, by Chris Hemsworth) goes through some grief in his latest adventure, “Love and Thunder.” But he also kicks a lot of ass while dropping catchphrases, a Guns N’Roses saturated soundtrack blaring all the while. It’s summer; the beefy guys are fighting. Let’s have a good time.

“Love and Thunder” finds the Norse — sorry, Asgardian — deity at the end of a spell moonlighting as a Guardian of the Galaxy. (Those heroes hang around the film for a few minutes but quickly buzz off to another corner of the universe.) Stony sidekick Korg (voice of director/co-writer Taika Waititi) in tow, Thor heads to his pied-à-terre on Earth to think things over.

When he arrives, however, he’s quickly greeted with a bushel full of plot. A superpowered, semi-undead being (Christian Bale) is on a mission to kill the universe’s many gods. Thor’s Earthling ex, Jane Foster (Natalie Portman), has somehow become another Thor and is wielding the familiar hammer. Oh, and a village worth of children has been mysteriously kidnapped.

The only knock on “Love and Thunder” is a somewhat clunky approach to plot; a lot is just sort of shoveled onto the screen, leaving the characters to gradually pick through disorganized threads. It’s a flawed, but not entirely unwelcome, impact of Marvel’s current vibes-first mode; the franchise is presently more concerned with doing cool stuff than making all that cool stuff connect elegantly.

“Love and Thunder” is further buoyed by an excellent, memorable turn by Bale; the series happens upon a truly memorable villain about once in every six films, and this ghoul rockets up the rankings. If a few other characters are underutilized (we’ll need a Valkyrie spinoff series, I think), that’s more a product of Marvel’s deep bench than a flaw of this film.

“Thor: Love and Thunder” is now playing in theaters.