Movie Review: "The Shape of Water"

PM Film Editor Sean Collier reviews what he says could be the best film of the year, plus several others. 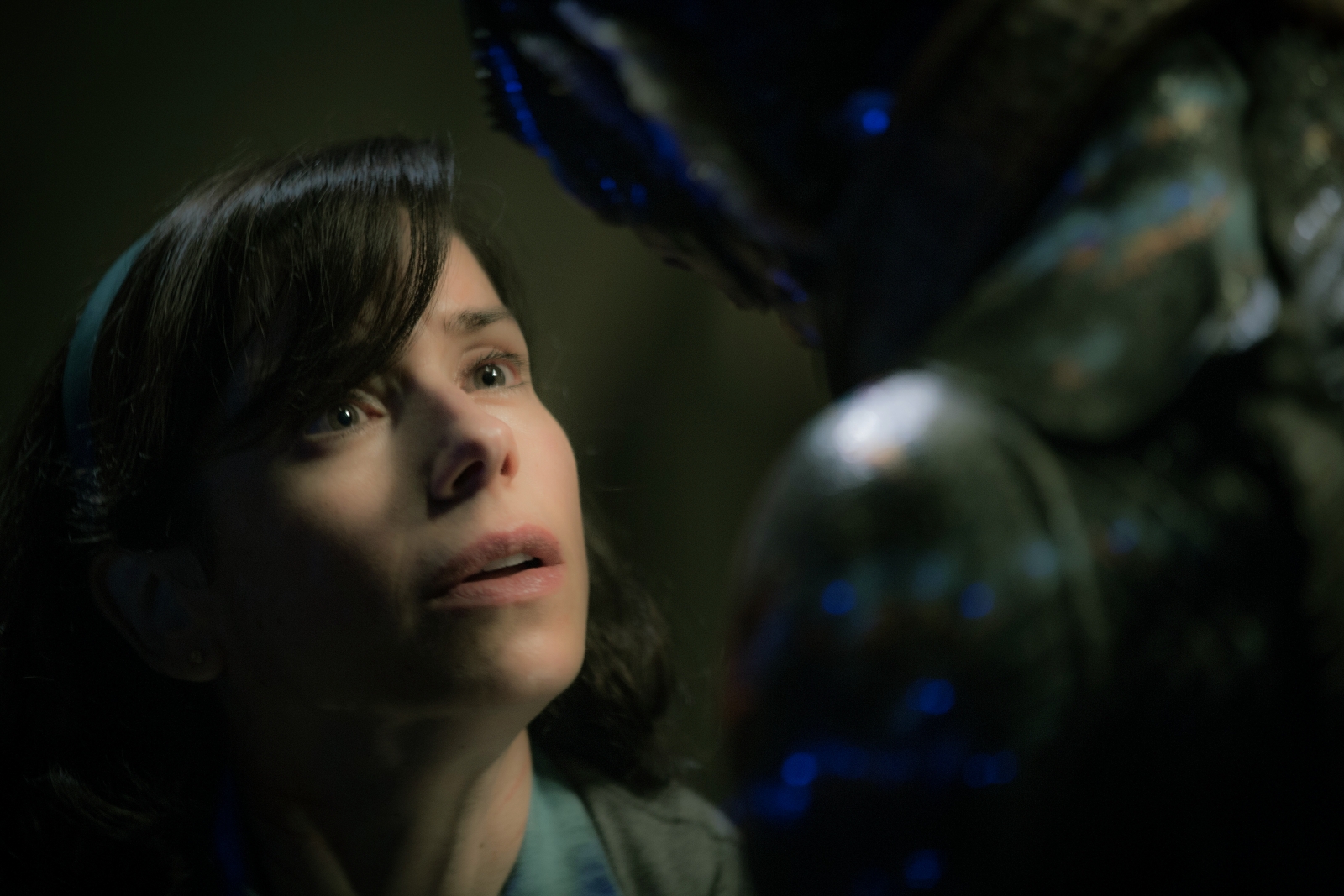 An impressive six new releases hit Pittsburgh screens this weekend, vying for holiday-weekend box office supremacy. December 2017 demonstrated a new strategy on the part of the studios, as they are no longer merely terrified of introducing competition at the same time as a “Star Wars” film, they’re not even willing to roll anything out in the preceding weeks, lest a lightsaber strike down their run prematurely.

Now, though, everyone — and I do mean everyone — has seen “The Last Jedi,” so a half-dozen new contenders are popping up. (Allegedly, some even opened yesterday, but the Porg talk hadn’t yet died down enough for anyone to notice.) Here are quick reviews of all six films; check back next week for my countdown of the best films of 2017.

Undoubtedly the best new release to arrive in western Pennsylvania this week — if not the best film of the year, period — is “The Shape of Water,” Guillermo del Toro’s sublime, supernatural romance. Mute janitor Elisa (Sally Hawkins, in a beautiful performance) is a janitor at a secretive research facility in mid-century Baltimore; when a mysterious, humanoid sea creature (Doug Jones) is brought to the building, she finds herself enchanted. The powers that be (led by a delightfully sinister Michael Shannon) want to weaponize the cryptid; banding with her lonely-heart roommate (Richard Jenkins) and long-suffering coworker (Octavia Spencer), Elisa plans an escape. “The Shape of Water” received more nominations than any other film from both the Critics’ Choice and Golden Globe voters, for good reasons; this is a singularly magical film, an adventurous fable that finds del Toro at the height of his powers. Like his previous high-water mark, “Pan’s Labyrinth,” “The Shape of Water” is a stark (and adult) fantasy plotted and presented with the wonder and spirit of a children’s story. There is nothing like this movie.

Having established “The Shape of Water” as the must-see among the week’s offerings, let’s make it clear which is to be avoided. There’s not enough razzle-dazzle in the world to save “The Greatest Showman,” the limp musical starring Hugh Jackman as P.T. Barnum. The implausibly sanitized biopic, with much more fiction than reality, depicts the rise of Barnum’s titular circus as an us-against-them stand for equality, which usually makes for a decent story; here, though, the moralizing does little but fill time between knockoff Broadway-style tunes. While a few, like awards-bait anthem “This is Me” (a poor man’s “Let It Go” if there ever was one) and the vaguely hip-hop “The Greatest Show,” at least manage to qualify as passing entertainment, the vast majority of the tunes can’t even manage to be catchy. Talented performers such as Jackman, Zac Efron and Zendaya are wasted here, as one wonders why the producers didn’t pick one of the innumerable extant (and successful) Broadway musicals to adapt rather than waste their time with this dud.

Speaking of musical retreads: “Pitch Perfect 3” comes out today. The charms of the popular a cappella series remain hard to resist, although they are waning — a fact that the film itself is well aware of, making frequent (and occasionally funny) reference to the fact that the tank is just about empty. Since this third film is billed as a series-ender, though, there’s little harm in going with the flow. The Bellas — led by series regulars Anna Kendrick, Rebel Wilson, Brittany Snow and Anna Camp — reunite for a USO tour and a shot at post-collegiate success. The plot is padded by brushes with fame for Beka (Kendrick) and, no joke, a halfway-decent action subplot for Fat Amy (Wilson); it’s all frivolous and more than a little tired, but a breezy 90 minutes of movie nonetheless. “Pitch Perfect 3” could’ve done with a bit more music and a bit less of the inexplicably-still-present commentary played by Elizabeth Banks and John Michael Higgins, but you’d have to be (even) more curmudgeonly than me to object too strenuously.

Gary Oldman is marching to a surefire Oscar nomination (and, quite possibly, his first win) for “Darkest Hour,” playing Winston Churchill navigating his early battles with Parliament and the crown. Set at the same time as this year’s “Dunkirk,” “Darkest Hour” traces the leader’s rise and the machinations by which he won the support of the British people and, with some difficulty, became a political powerhouse. It serves as a fine companion piece to “Dunkirk,” although it does not stand as well without a viewing of that (much different) film; even if the story doesn’t quite grab you by the collar, though, Oldman certainly will. This transformative, captivating turn is the rare argument for the awards-season showcase film; while many examples of a lauded actor portraying a historical figure are cloying grabs at plaudits, performances like this are worth a half-dozen misses. The subject matter will make “Darkest Hour” catnip for history buffs, but Oldman makes it an unqualified win.

It certainly took a long time for a sequel to the 1995 family adventure “Jumanji” to hit theaters. While “Jumanji: Welcome to the Jungle” initially seemed to be a remake of the Robin Williams film — a beloved property among the early-Millennial set — it is very much a sequel, no matter how many years have passed. A quartet of teens get breakfast-clubbed into detention, only to discover a mysterious video game console that transports them to the dangerous world once housed in a board game; they also transform into Dwayne “The Rock” Johnson, Karen Gillan, Kevin Hart and Jack Black. “Welcome to the Jungle” is lighter on the laughs than it should be, as the screenwriters — somehow, six of them — are relying on the charm and flair of the leads to carry the proceedings. It often works; Johnson and Gillan especially are too good at roles like this to ever let the movie slow down. It’s not a classic, and the plot is paper thin, but the original had its flaws, too; if you’ve got several generations of family looking for a movie choice this weekend, you could do worse.

Finally, there’s the pleasant curiosity of “Downsizing,” the science-fiction parable from Alexander Payne. This movie is getting lost in the shuffle (not to mention overrun with a particularly problematic press tour from its star, Matt Damon), but there’s a lot to like here, particularly in the film’s opening act. Scientists discover a way to reduce living creatures to a tiny fraction of their original size without ill effect, presenting the technology as an environmental panacea; it’s also an alluring economic option, as money goes a lot farther when you only need to buy a 20th of what you used to. Damon and Kristen Wiig play a couple tangling with the procedure, and the first half is utterly fascinating (things get a little muddled in the back half, admittedly). It’s not a movie that’s likely to end up resonating longterm with many viewers, but it’s a very unconventional and intriguing viewing experience.