Foodies beware — a sinister evening is in store for Ralph Fiennes’ guests in this darkly comic thriller. 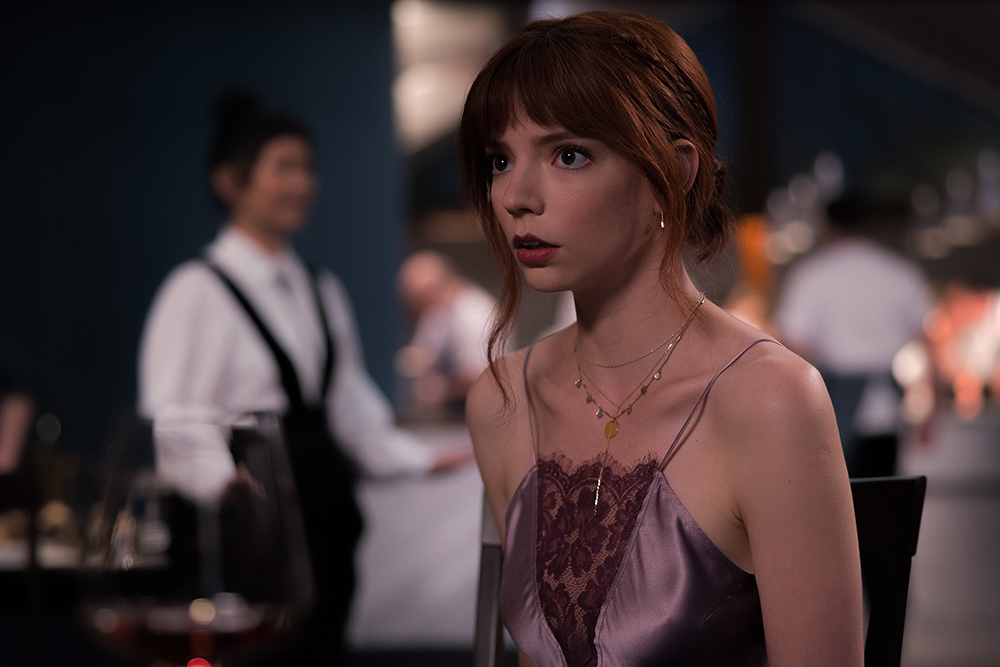 The rituals and reverence of high cuisine — that rarified strata of dining where meals are concepts, not mere food — are, on the whole, completely ridiculous.

Yes, there’s plenty to be said for food as art, and the world is full of expensive, exacting meals that are genuinely quite good. But the chef-as-visionary sphere, where food is unrecognizable as such and kitchen culture is militaristic, can be toxic — a fact stretched to a hilarious extreme in “The Menu,” a pitch-black horror comedy from “Succession” and “Game of Thrones” director Mark Mylod.

If we’re willing to part with hundreds (nay, thousands) of dollars for a rarified dining experience, how far removed is it to give up a body part or two? And if young professionals in the culinary world will gladly ruin their personal lives in pursuit of gastronomic absurdity, is it a stretch to envision circumstances where those devoted cooks would gladly drop dead if the chef requested it?

Death and dismemberment are on the table at Hawthorne, an isolated island restaurant run by deranged chef Julian Slowik (Ralph Fiennes). Our window on Slowik’s madness is provided by Margot (Anya Taylor-Joy), who is brought to the restaurant by obsessive foodie Tyler (Nicholas Hoult). Among the 12 diners and seemingly unlimited staff at Hawthorne, only Margot doesn’t buy into the cult of personality; the other diners (including the likes of John Leguizamo, Reed Birney and Janet McTeer) and employees (Hong Chau and Christina Brucato stand out) are true believers.

At first, anyway. As the evening dissolves into absurdity, then ultra-violence — dismissed by some, at least initially, as all part of the show — the scope of Slowik’s masterpiece meal reveals itself. It doesn’t come as a surprise, exactly; there’s no twisty mystery to be solved here. The drama of “The Menu” is in whether or not things will go exactly as bad as its villain promises or if anyone will manage to escape.

Or, really, if they even want to. As Slowik eventually points out, they could be fighting back a bit harder; it seems that, even with life on the line, everyone’s curious about the next course.

The script, from Will Tracy and Seth Reiss, walks a tightrope between ridiculousness and horror; it’s a line well-observed, but it wouldn’t fly without the right actors in the lead. Fortunately, Fiennes is fully convincing; Taylor-Joy, always compelling, is radiant here. There’s no one you’d rather descend into madness with.

“The Menu” is now playing in theaters.