Kevin Hart falls back on his old schtick in this unremarkable action comedy. 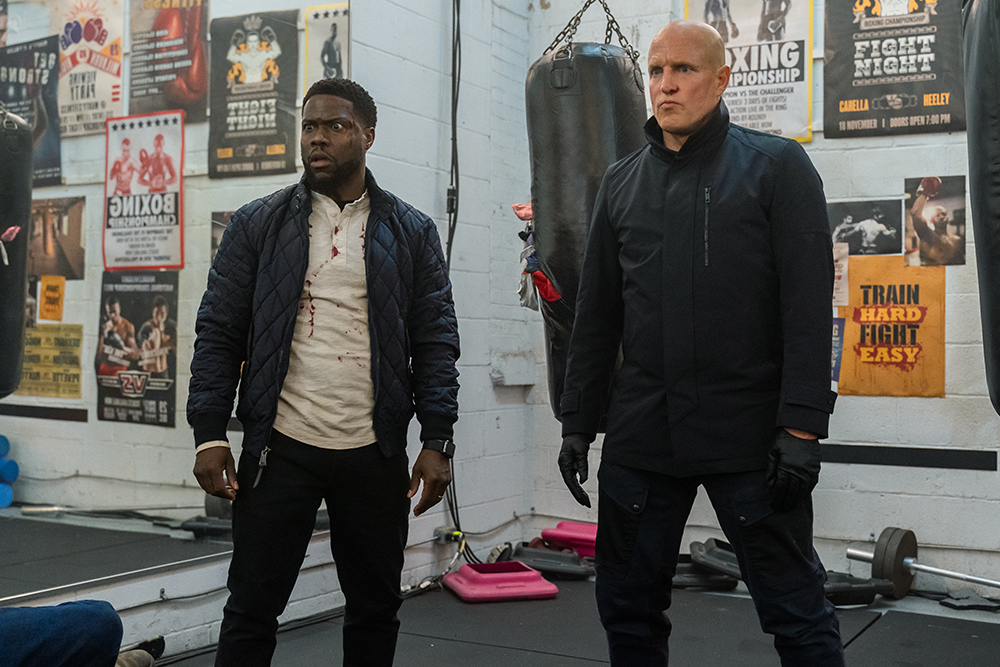 Contrary to what several major studios would have you believe, Kevin Hart doing Kevin Hart stuff is not a genre unto itself.

The talented comedian and actor slots in well in many projects; his comic relief is a necessary counterbalance in the latter-day “Jumanji” capers, and he was a godsend in “Hobbs & Shaw.” But far too many comedies simply pair Hart with a stone-faced foil and let him scream, plead and sweat.

Such is the case with “The Man From Toronto,” a generally uninteresting action-comedy premiering on Netflix. Hart plays Teddy, a hapless husband with a string of personal blunders and professional failures. When he attempts to whisk his beleaguered wife (Jasmine Matthews) off for a birthday getaway, a misprinted confirmation email leads him to the wrong house.

Yes, this movie hinges almost entirely on a low-toner issue, despite the fact that no one has printed out a confirmation email since the Obama administration.

After unwittingly wandering into a criminal underworld, our blundering hero is mistaken for the titular character, a ruthless interrogator played by Woody Harrelson. For the rest of the film’s unnecessarily extended runtime, the two hop around the globe to extricate themselves from a series of bad, but never particularly entertaining, situations.

Harrelson does all he can, but he’s the wrong man for the job; while there could be some genuine menace in seeing him turn his deadpan charm to evil, he’s got nothing to work with. No character in this narcoleptic script is fleshed out enough to go anywhere. Perhaps the lack of characterization could be forgiven if there were amusing setups to fill the time, but the closest thing to a recurring gag is a “Married … with Children”-esque bit about a dashing handler being too nice to Hart’s wife.

Actually, strike that: The other recurring gag is that people keep saying the name of the small Virginia town Onancock. Half of that word is dirty, you see.

A frenetic, semi-climactic fight scene in a boxing gym is an unexpected thriller, but it’s the only sequence worth seeing — and there’s absolutely no reason to waste an hour of your life getting to it. Otherwise, it’s just Kevin Hart doing the same Kevin Hart stuff we’ve seen before.

“The Man From Toronto” is now streaming on Netflix.