It's a far cry from "A Hard Day's Night," as the Foo Fighters play themselves in a bloody horror comedy. 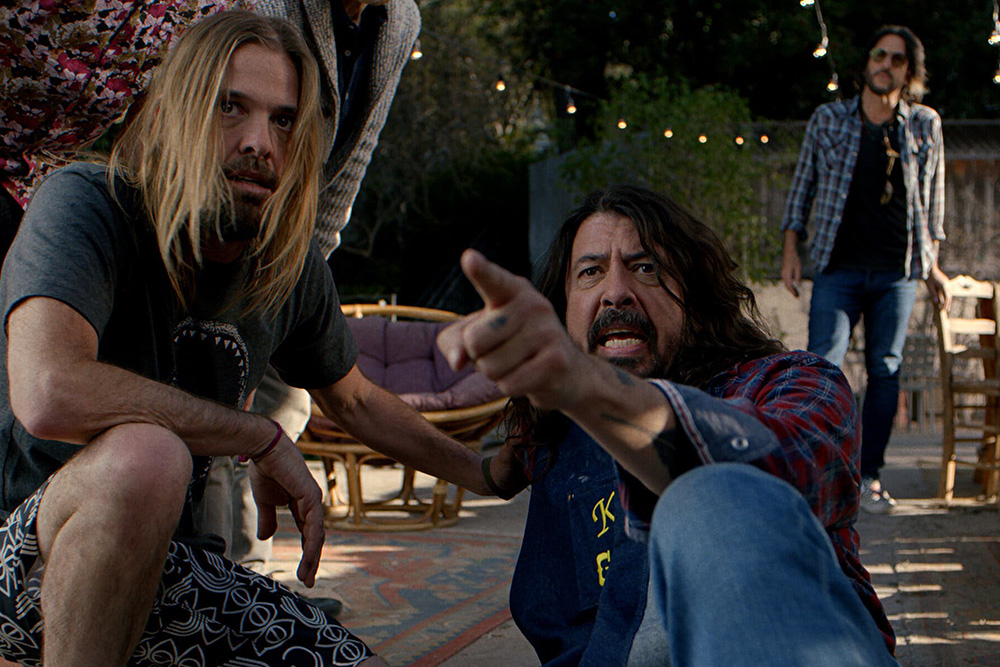 Considering the merits of “Studio 666,” a horror comedy in which the Foo Fighters face off with rock-and-roll demons, feels a little absurd. The movie is, quite plainly, a goof. It’s not satire or parody, and it certainly isn’t earnest; it’s a diverting lark from a rock band.

And yet: If it’s a goof, it should’ve been … well, goofier. It’s structured as a comedy, and there are a decent number of laughs. But through too much of “Studio 666” all involved are playing it fairly straight. The situation called for beginning-to-end absurdity, not winks and nods.

It’s also far too long, even at a relatively lean 106 minutes. This is a movie that shows absolutely everything; when Pat Smear asks Nate Mendel to find a crowbar, two shots of a brief crowbar search follow.

I know it’s out of vogue, but everyone knows that you’re allowed to make movies that run about 70 minutes, right?

Anyway: A surprisingly brutal horror sequence opens the film, as we watch a mysterious assailant pick off the members of an alternative-rock band in the mid-’90s. A quarter-century later, the Foo Fighters need an atmospherically rich location to record a new album. A shifty record executive (Jeff Garlin) points them toward an old, spooky house; Dave Grohl likes the vibes, even though the next-door neighbor (Whitney Cummings) offers some stern warnings.

An electrocuted roadie, occult symbols in the basement, visions of a cloaked killer — you know the drill. “Studio 666” wisely sticks to the playbook, allowing the plot to move along as you’d expect, making room for the gags (sparse though they may be).

The problem isn’t that the Foo Fighters aren’t actors — Grohl comes the closest, comporting himself passably — but rather that the script isn’t funny enough to maintain any momentum. Screenwriters Jeff Buhler and Rebecca Hughes don’t have the right stuff to convert Grohl’s original story into a clear direction, and director BJ McDonnell (helming his second feature, after little-seen horror sequel “Hatchet III”) seems reluctant to put much of an imprint on the film.

“Studio 666” is sure to be a feast for fans of the band looking for an unexpected hunk of Foo Fighters content. With neither enough comedy for casual fans nor enough originality for horror devotees, though, it ultimately amounts to little more than a curiosity.

“Studio 666” is now playing in theaters.