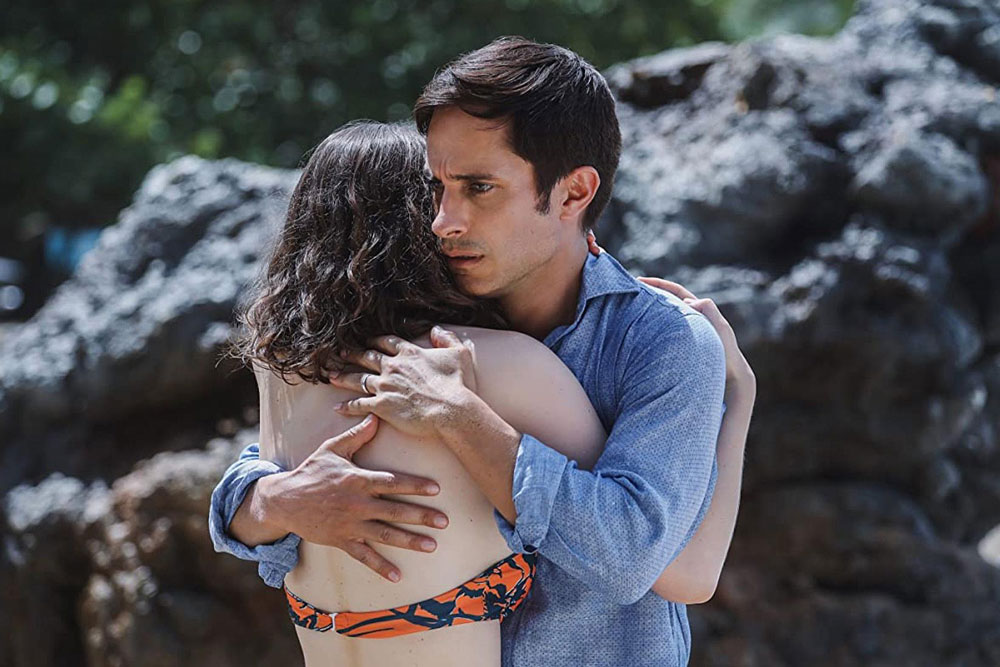 Every time the clueless filmmaker trots out a new concept, it’s promoted with a slick trailer and a tantalizing premise. Such was the case with “Old,” the writer/director’s new thriller.

Despite the fact that he hasn’t made a good movie in nearly two decades, I was once again willing to see how it turned out. And, like Charlie Brown trying to kick the football, the result was the same as it ever was.

“Old” is an utter mess, the clear product of a filmmaker who has no one contradicting his total control. As usual, Shyamalan is credited as writer, director and producer; he seems utterly confident in his abilities in all of those roles, giving himself license to indulge in an array of terrible instincts.

There’s something to the premise, anyway. A set of strangers vacationing at a remote island resort are dropped off at a secluded, confined beach — purportedly a respite only offered to certain guests. Within an hour, however, the kids have gone from tykes to teens, and the oldest member of the cohort has died.

It’s a solid, serviceable horror presence. As I watched, I was prepared to give Shyamalan credit for the idea; if nothing else, he is known for solid concepts. Yet the premise isn’t his; “Old” is based on “Sandcastle,” a graphic novel by Pierre Oscar Lévy and Frederik Peeters.

So, if not the story, what does Shyamalan bring to the table? Dreadful dialogue and incompetent direction. There is no consistency to his visual style; he’ll ape his heroes Hitchcock and Spielberg with careful constructs in one moment, then throw in music-video style crash zooms the next. Cuts and edits make no sense, jerking arhythmically around the beach. He’s fond of extreme close-ups, sometimes drifting the focus off of the subject; I’d imagine it’s meant to feel claustrophobic and intimate, but the effect is like someone setting up a Zoom camera too close to their face.

The script is worse. It’s rare to hear characters so constantly state what’s going on, repeating the premise and current circumstances ad nauseum. The cast’s younger members give solid performances — Thomasin McKenzie and Eliza Scanlen emerge relatively unscathed — but the adult cast seems ashamed to be there, charging at their unwieldy dialogue and hoping for the best.

There are fleeting moments that work. Every now and then, Shyamalan — who also appears in a pivotal supporting role, because he does whatever the hell he wants — stumbles upon a sequence he decides to play straight and weaves a decent, brief section of terror. If he weren’t so assured of his own brilliance, he might collaborate with other artists and learn to make a whole film in this mode.

Instead, he forges ahead with no constraints and no control, dancing around the beach in an explosion of unmotivated ideas and half-baked notions. “Old” isn’t the worst movie I’ve ever seen, but it’s among the most disappointing — a solid premise spoiled by bad execution, like an appetizing meal placed in a blender and served as a thick paste.

I suppose these squandered opportunities are why I keep checking in with Shyamalan. I’m waiting for the time he doesn’t screw things up.

If “Old” is any indication, I’m going to keep waiting.

“Old” is now playing in theaters.