Souls lobby for their own existence in this intriguing, supernatural drama. 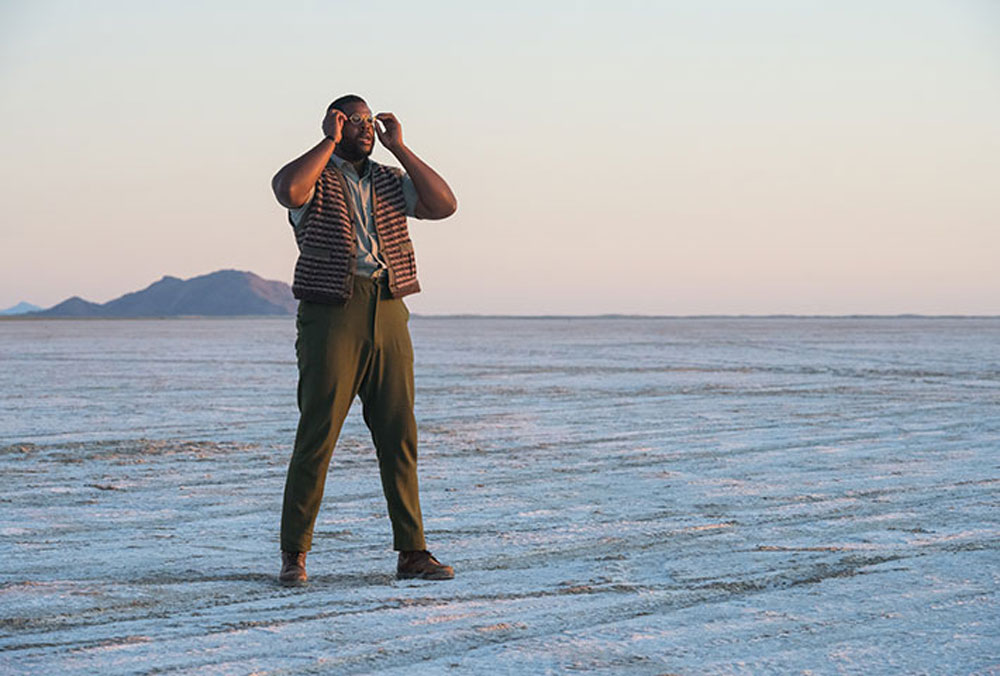 I left “Nine Days” feeling forlorn — nearly heartbroken, in fact — and I’m pretty sure that was the point.

While there’s an air of embrace-the-little-things joie de vivre in this supernatural drama, it’s fundamentally a somber film about loss and opportunities denied. Much of the dejection I took away may not have been due to the subject matter, though — but instead the result of a whiffed conclusion that I won’t spoil here, except to say that it turns a character I regarded as the film’s true protagonist into a passive object.

Hmm. That’s a lot of philosophy before I even explain what “Nine Days” is all about, isn’t it? Well, it’s that kind of movie.

The film, which is the debut from writer/director Edson Oda, occurs on a sparse and sun-swept plain of pre-existence. Within a dim, deliberately retro home, Will (Winston Duke) evaluates new souls, judging their worthiness for life. Over the course of the titular time period, he will question and observe hopeful beings and select one for birth.

(Before you make the observation: Yes, this feels like an arthouse remix of Pixar’s “Soul.”)

On a wall of grainy televisions, Will gets to see how life plays out for his selections. When his personal favorite unexpectedly dies, however, the arrival of a slate of prospective newborns — the four key candidates are played by Bill Skarsgård, Tony Hale, Zazie Beetz and Arianna Ortiz — throws him into crisis.

Will has a helper, a never-born soul named Kyo (Benedict Wong); in one scene, Kyo points out that they only possess slightly more knowledge of the cosmic process than earthbound creatures, and there’s probably more to existence than they’ll ever know. That’s the closest “Nine Days” comes to an explanation of this world, a bold and strong narrative choice that makes for a more compelling film. It would’ve spoiled things to waste time explaining the hows and whys of this universe; like a lot of great crafters of speculative fiction, Oda understands that the backstory is far less interesting than setting the rules and seeing what happens.

He’s got a fantastic roster to work with, too. Duke is excellent, able to not only embody Will’s heartbreak but inject it into the audience. Beetz stands out, as well, bringing wonder and life into a world that has forgotten innocence. And it’s fascinating watching Skarsgård flatten his signature menace — you may not recognize him, but you know him best as Pennywise the Clown — into something more subtle.

“Nine Days” is set in a evocative, lovely world, and cinematographer Wyatt Garfield and production designer Dan Hermansen create and capture its reality in tantalizing fashion. It’s very nearly the complete package, until stumbling over that last hurdle before the finish line. It’s not enough to ruin the experience, but be forewarned; the final reel may leave you feeling like an unselected soul.