In spite of its radiant star, you'll have trouble paying attention to this dull romance. 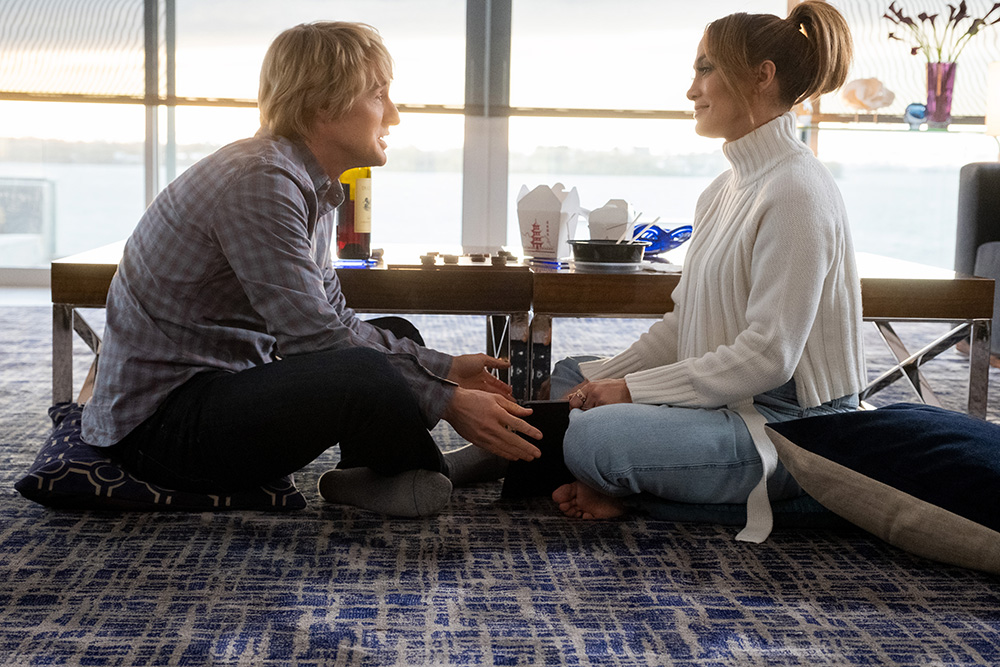 I suppose “Marry Me” could, theoretically have a purpose. Perhaps the very ill or exceptionally sleepy require entertainment designed not to stir emotion of any kind. That is the sort of cinema we’re talking about here — the deliberately and determinedly inoffensive.

“Marry Me,” a romcom very light on the com, stars Jennifer Lopez and Owen Wilson as unlikely lovers. She’s a globally recognized pop idol; he’s an unassuming schoolteacher and single Dad. When she’s publicly spurned by her famous fiancé, she picks Wilson’s bewildered face out of a concert crowd and marries him on the spot.

She’s very nice. He’s very nice. Her handlers are momentarily skeptical but reserved — and eventually supportive. His young daughter is incredulous but caring. Even the cheating ex is presented as a fundamentally nice guy.

Most narrative is fueled by conflict. This one runs on simple, kind statements.

“Marry Me,” directed by television veteran Kat Coiro, feels like a deliberate throwback — and not just because its stars were making movies like these 20 years ago. It seems to recall an era when pleasant, uncontroversial date movies occupied permanent territory at the multiplex. There’s something to that; there were plenty of low-budget, star-driven love stories that quietly made a profit before the streaming era.

Most of those films, however, picked a side and became either romances or comedies. The Nicholas Sparks-style flicks — they used to call ’em three-hanky weepers — tore your heart out to facilitate an emotional journey. The actual comedies had, y’know, humor. “Marry Me” has neither; it makes no particular effort to be funny, nor does it even momentarily suggest the possibility of heartbreak. And while there is an antecedent to films like these (Julia Roberts was in several), most of those movies were at least good.

“Marry Me” is not. It is pedestrian at every turn, from presentation to performance; while Lopez’s radiance can’t be dimmed by a lack of material, she alone seems to maintain a pulse. (Wilson doesn’t even seem particularly interested.) Its sole strength lies in the original songs performed by the various characters; each could easily be a radio hit.

That’s almost remarkable. In a film with so little effort, the fact that any single aspect seems laudable is stunning. It’s a movie so bland that moments of competence are shocking.

“Marry Me” is now playing in theaters and streaming on Peacock.