Movie Review: Marcel the Shell with Shoes On

From a humble YouTube video about an even more humble shell comes a remarkable film. 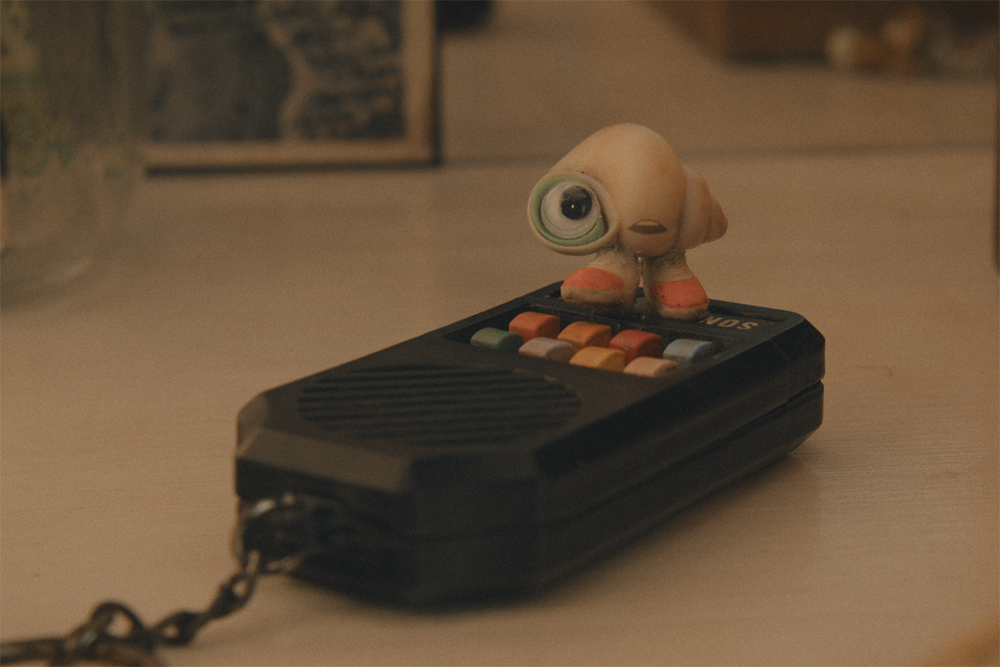 The delightful and darling “Marcel the Shell with Shoes On” provides incontrovertible proof that heartwarming humor not only can exist — it’s delightful.

Many on the more cynical and curmudgeonly side of things (territory I frequently inhabit) will tell you that comedy must be transgressive, or at least contrary, and cannot be delivered in an affirming package. Yet in this lovely work, which blends live action and clever stop-motion animation, belly laughs interrupt tears and wistful sighs. There isn’t much like “Marcel the Shell.”

The title character, voiced and created by the deeply underrated actress Jenny Slate, is … well, a shell. He’s a one-inch seashell with one eye and a pair of pink sneakers; he lives in a series of Lilliputian structures inside an AirBNB with his grandmother, Connie (Isabella Rossellini). There used to be a bunch of additional shells around, but they were whisked away accidentally when the former human residents of the house went through a breakup.

An aspiring documentary filmmaker — Dean Fleischer-Camp, who directs both film and film-within-a-film — is now staying at the AirBNB, and he decides to upload a bit of Marcel’s story to YouTube. (This is a meta moment; Marcel first appeared in a 2010 short by Fleischer-Camp, itself distributed online.) The world is charmed by the precocious shell, and Marcel hopes that his newfound popularity will help him reunite with his family.

“Marcel the Shell” is a movie about the joys and limitations of communities, both real and online. It isn’t unrealistic about either; both the potential of the internet and its capacity for toxicity are unflinchingly presented, and while Marcel revels in the presence of others, he also resists constant socializing. Few commentaries on the complicated and nuanced realities of 21st-century human interaction are as accurate; while textually saying little (the script is also by Slate and Fleischer-Camp, with Nick Paley), “Marcel the Shell” shows something profound.

Moreover, though, it’s funny. Very funny. Much of this is due to Slate, who is not only a compelling actress but one of the funniest in the world. Too often relegated to supporting parts and voice roles, she has a command of timing and tone that is all but unparalleled. I’ve watched more than enough star vehicles for performers who don’t have half of Slate’s abilities; let’s start casting her in everything, please.

I won’t get too bitter about it, though, because Marcel wouldn’t want me to. As much as this is a comedy, it’s an emotionally cathartic tearjerker about loss, change and maturity. For every chuckle I heard in the auditorium, there was a muffled sob. I’ll admit that I didn’t walk into “Marcel the Shell” expecting to be moved; I shouldn’t have been so jaded. This is no lark or cute project; it is simply a remarkable film.

“Marcel the Shell with Shoes On” is now playing in Pittsburgh.