Netflix's drama has good intentions — and a star who is well out of his depth. 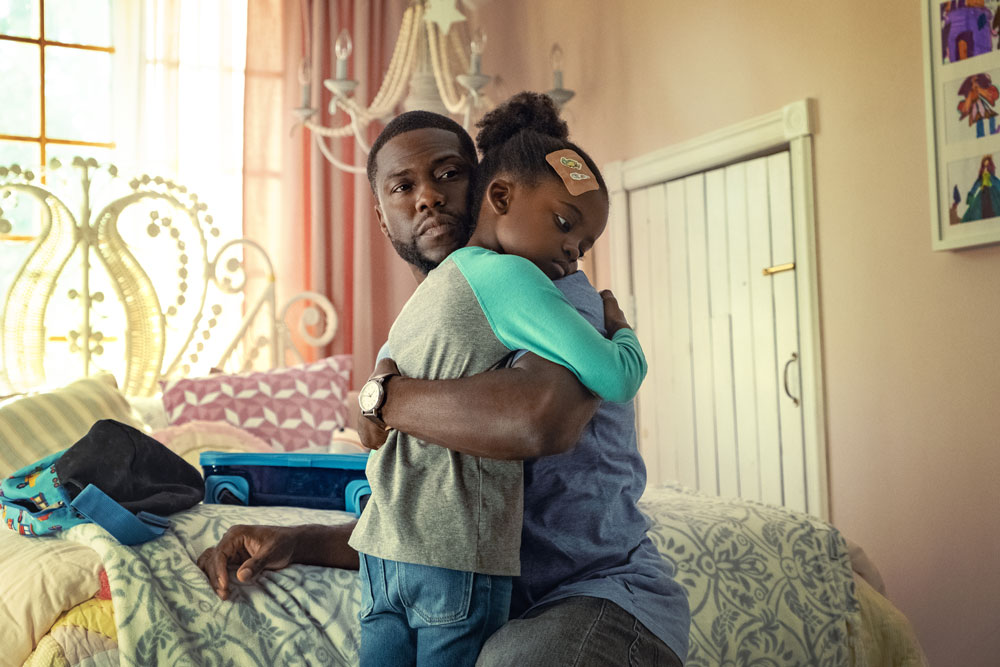 There’s an uncomfortable supply of recent films where the death of loved ones is the chief, if not the only, motivation.

To be fair, such tales are never in short supply. But over the last few months, it’s become almost automatic. “A Quiet Place Part II,” death of multiple spouses and children. “Cruella,” death of mother. “The Woman in the Window,” death of spouse and child. “Without Remorse,” death of pregnant spouse. “Army of the Dead,” a half-dozen instances of dead loved ones, including the death of a zombie spouse and child.

Screenwriters know there are other things that can make people sad, right?

The source of such tales is, usually, laziness; instead of fully fleshing out a character, just kill somebody else to generate a layer of grief. It’s trying to the viewer and frequently problematic — especially when considering how often the only role of a film’s female characters is to die — and it mutes the effect when a film actually has a reason to be about loss.

Such is this case with “Fatherhood,” a new Netflix drama starring Kevin Hart. In a vacuum, this wouldn’t be the worst offender; it is a movie about the unique grief of losing a partner but gaining a child. If you’re going to kill off a loved one, that textual exploration is a good reason to do so — but in an era where multiple significant others are being put down every week, it makes “Fatherhood” seem like just another movie.

Unfortunately, it can’t overcome that setback. Hart plays Matt, whose wife Liz (Deborah Ayorinde) dies of a pulmonary embolism just days after giving birth to their first child, Maddy (Melody Hurd). Matt is unprepared, both emotionally and practically; his mother-in-law (Alfre Woodard) pushes him to move closer to family, so they can do much of the rearing for him.

He presses on, mostly coping with the frustrations of early childhood — compounded by facing them in a time of profound grief. Matt’s focus on Maddy dabbles with unhealthy obsession, but the film isn’t pointed toward melodramatics; mostly, it’s a movie of small adjustments and maturity.

It’s a worthy project; the execution, though, is badly lacking. The script, by “Safe Haven” co-writers Paul Weitz and Dana Stevens, ambles along without stakes; it’s a movie of steady progress without real conflict. More damningly, Hart is badly outmatched, in spite of earnest effort. He’s trying his best — if the multi-hyphenate entertainer is known for anything, it’s throwing himself into projects — but doesn’t possess the tools necessary to sell a subtle tale. (That he is often paired with Woodard, who can’t help but act circles around him, doesn’t help.)

“Fatherhood,” then, is forgettable twice over — first accidentally, for slotting in amid dozens of similar stories, then through its own failings. It’s a movie that steps up to the plate, takes a good swing and misses badly.

“Fatherhood” is now streaming on Netflix.