There's too much good in Marvel's latest epic to give it a failing grade, though it's not as satisfying as some fans will expect. 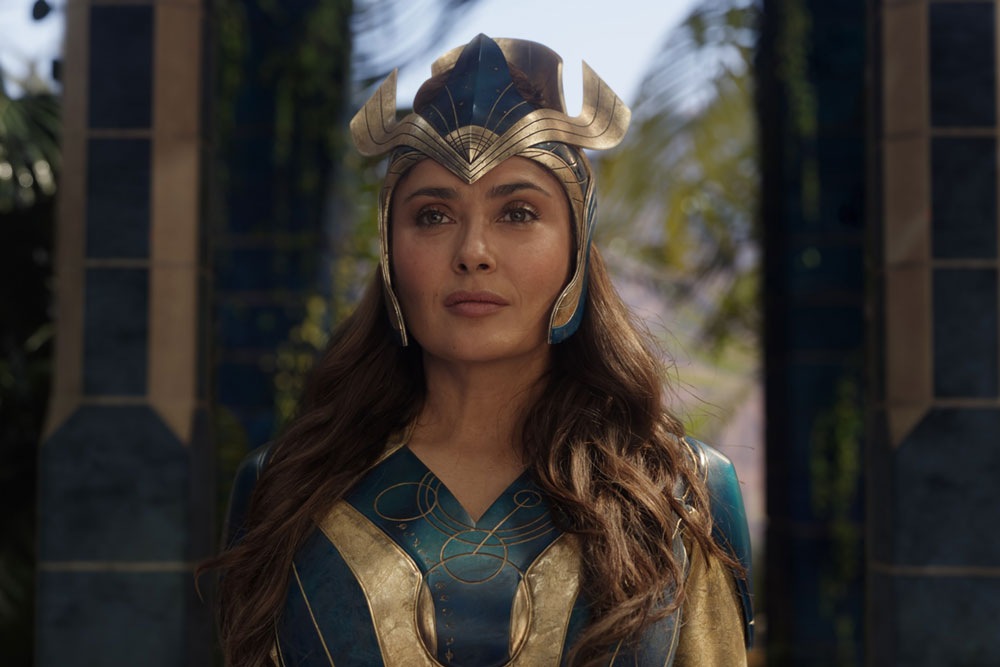 The scale of Marvel’s mega-franchise is starting to get out of control. It’s still good, because there’s too much money at hand to ever allow it to be bad. But things are getting unwieldy.

“Eternals,” out this weekend, is the third (of four) big-screen installments for the Marvel Cinematic Universe this year, to accompany the four spinoff series that have already premiered on Disney+. There is simply a lot of content here — and that was true even before the MCU began devouring other, formerly unrelated film series, a development we discovered in the closing moments of another recent comic-book hit. (I’m avoiding spoilers, but some light Googling will explain that for the curious.)

Within “Eternals” itself, the expanding scope is even more evident. While sub-franchises such as “Thor” and “Guardians of the Galaxy” have already brought the action of the story to deep space, “Eternals” is a tale that spans the entire history of existence. This isn’t merely a fantasy epic; it’s Marvel’s “Brief History of Time.”

I won’t recap too much of the plot, because … well, there’s a lot of it. In short: The titular Eternals are a race of superbeings designed to protect planets from sinister monsters called the Deviants — devouring beasts that (maybe) were eradicated somewhere in the middle of the last millennium.

The cast, sprawling though it may be, is uniformly excellent. The greatest achievement in “Eternals” is crafting one of Marvel’s most intimate and human-scale films, in spite of the cosmic scale — and the fact that none of these characters is exactly human. This is a movie that leads with the emotional life of its heroes, rather than attaches distant motivations or discovers wells of emotion in the third act (or the second sequel).

Perhaps that’s the primary contribution of director Chloé Zhao. The celebrated auteur helmed “Eternals” immediately after filling a wheelbarrow with awards for “Nomadland,” a transition that may seem like a sudden swing. In the little details, though — the ways “Eternals” can linger for reaction and impact, the sense of loneliness — there’s a throughline to the two films. Marvel can tend to absorb even the best directors into its style; while there’s no mistaking this for an MCU film first and a Zhao film second, she managed to get her fingerprints through the gloss.

That makes for a somewhat more interesting experience than some mid-tier Marvel entries. Interesting, however, does not mean better. While “Eternals” has considerable strengths, it is somewhat lacking in Marvel’s strongest suit, a fun adventurousness that counterbalances the heft of its narratives. This is a weighty affair, without even crossover appearances from the Marvel stable of heroes to liven things. It’s not quite as satisfying as many of the films in the series; that does not make it dispensable, though.

There’s too much good about it for fans to pass up. And, let’s be honest: It’s going to be the seed for a dozen storylines in two dozen more movies. Why risk getting lost?

“Eternals” is now playing in theaters.