The madcap biopic of the music legend is overwhelming, but a cut above most of its peers. 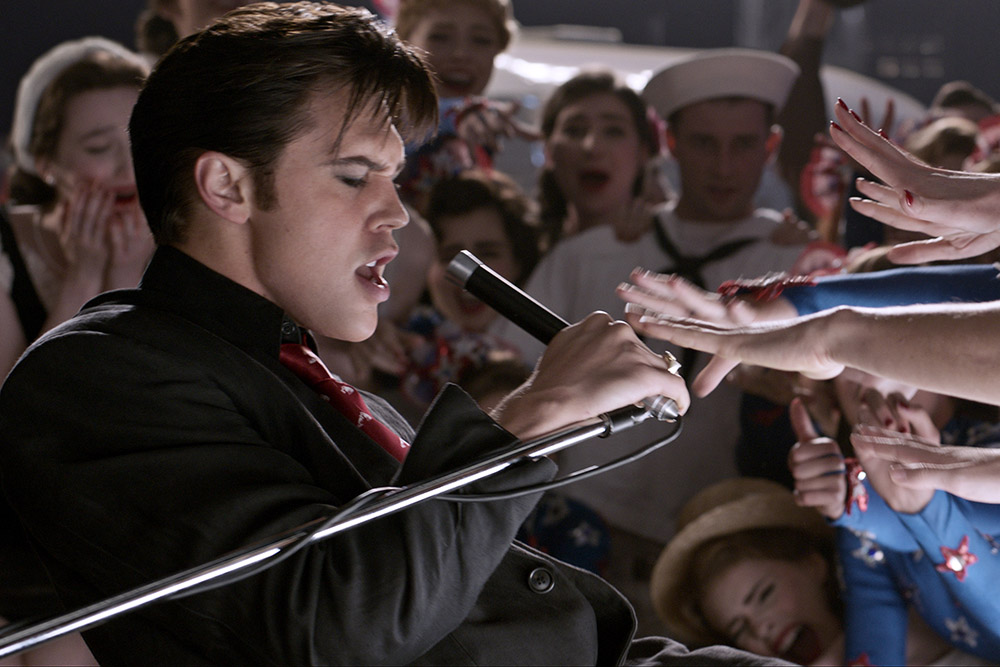 The kaleidoscopic, careening “Elvis” is a film about how Col. Tom Parker murdered Elvis Presley. This is true even in the framing narration, where Parker — played malevolently and curiously by Tom Hanks — explicitly denies being responsible for Presley’s death; beginning to end, this is a movie about the killing of the King, cleverly disguised as a biopic.

Whether that approach is true is hardly the point; the movie liberally blends recorded fact and music legend in pursuit of a heady, entertaining experience. Whether fair or unfair, using Parker’s relationship to Presley as the film’s skeleton made for a narratively rich and propulsive story. That’s something rarely said about biopics, particularly music biopics; since “Elvis” has a story rather than a list of important dates, it’s already ahead of the pack.

It also has Austin Butler, a dynamic young performer who has mastered Presley’s voice and cadence. If his wiggles and thrusts are a bit more energetic than the King’s, well, this is 2022; it takes more pelvic action to scandalize these days.

It also takes a lot more to entertain, something that director Baz Luhrmann knows quite well. In the early stages of “Elvis,” which are as frenetic, busy and bright as the director’s breakneck musical “Moulin Rouge!,” I wondered if he would be able to maintain the pace from beginning to end; a great many biopics (and films in general) throw a lot of fancy footwork at the screen in the first act, only to settle into a pedestrian mode after a short while. My fears were unfounded; “Elvis” never lets up, injecting just as many impossible camera movements, on-screen graphics and sonic chaos in its latter minutes as it does in its first.

If that sounds like a lot … it is. As much as “Elvis” is an entertaining experience, it’s also an exhausting one. (Considering the King’s sweaty live performances, maybe that’s deliberate.) This is a movie that could wake the dead; it’s loud, fast and frenetic. And it maintains that pace for a very long time; while there were no obvious lulls, I can’t help but feel that one diversion or another might have been easily excised from the film’s 159 minutes.

The length and the energy will no doubt put off some viewers; it is not a film for those who prefer a careful, somber approach. To be clear, I’m not fully convinced that “Elvis” leads to a satisfying conclusion; the film moves like a child clinging to a bicycle as it careens downhill, eventually crashing and searching for meaning in the aftermath.

Then again: Of course this movie doesn’t wrap up in a bow. I hesitate to suggest that Luhrmann let the film go off the rails deliberately — but if he did, wouldn’t that be fitting, too? The King himself did not have a neat ending. Why should his movie?

“Elvis” is now playing in theaters.