Director Sam Raimi returns to the superhero genre with a madcap, surprising caper. 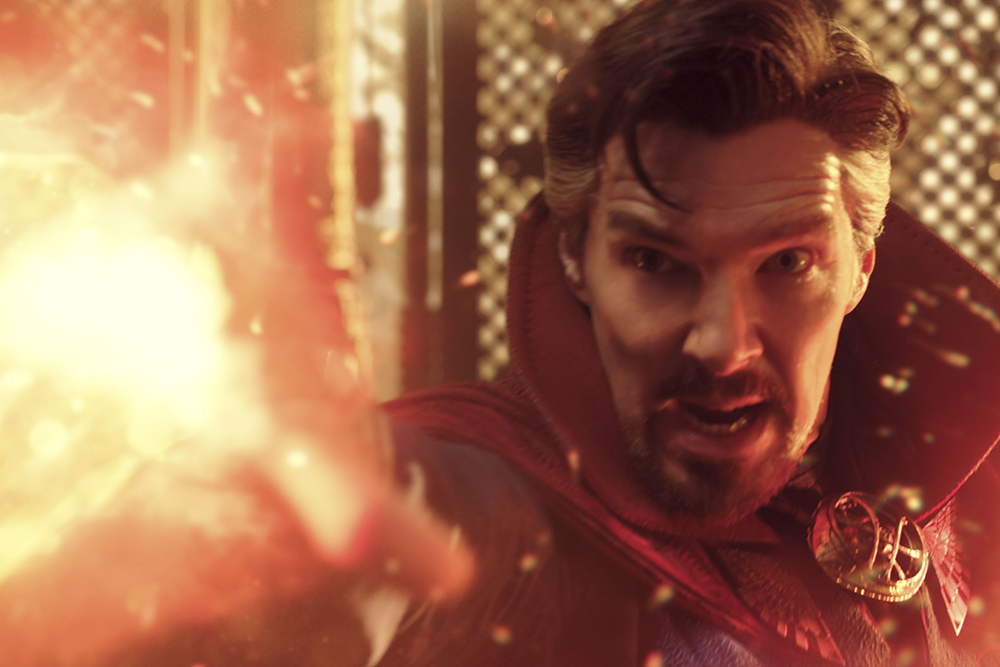 On paper, “Doctor Strange in the Multiverse of Madness” is a sequel to “Doctor Strange,” the 2016 flick that introduced the comic-book wizard to the Marvel Cinematic Universe.

It’s not. Not really.

In marketing, the film is presented as a direct sequel to “Spider-Man: No Way Home,” the most recent entry in the MCU, which prominently featured Stephen Strange (Benedict Cumberbatch) and introduced the multiverse concept — the appearance of characters, stories and problems from alternate universes — to the franchise. Given how central Strange was to that story (and how phenomenally successful the film was), trailers may have led you to believe that “Multiverse of Madness” picks up where “No Way Home” left off.

It doesn’t. Not even close.

This is neither a “Doctor Strange” sequel nor a “No Way Home” sequel — in fact, in as spoiler-averse a fashion as possible, “Multiverse of Madness” is much better considered as a sequel to an entirely unrelated chapter in the MCU.

It’s a bit of bait and switch, yes, but one that plays out in a very satisfying fashion. This is not the movie you think it’s going to be, and it’s all the better for it.

Ordinarily, I would provide some summary of the plot, but the spoilers would come fast and furious. Instead, let’s focus on the film’s director: Sam Raimi, the low-budget horror maestro turned blockbuster helmer whose influence on the superhero genre is nearly unmatched.

Raimi made his name with the cult-classic “Evil Dead” trilogy but made his fortune with the early-aughts “Spider-Man” series. Those films predated the MCU, but by and large provided a blueprint for both the tone and the structure of the comic-book flicks to come; other than Stan Lee himself, few individuals are as represented in Marvel’s modern DNA.

Raimi hasn’t made a film in nine years and hasn’t made a superhero picture in 15. While that layoff might leave some filmmakers rusty, it seems to have invigorated and emboldened Raimi; “Multiverse of Madness” is an audacious, rollocking and unpredictable story, like a wacky comic-book spinoff that knows it can get away with whatever it wants. Each development is more bizarre (and, usually, more badass) than the last; if you don’t find a moment in this film that makes you pump your fist with excitement, you’re just not nerdy enough.

Pleasantly, these madcap moments are reminiscent of the far-flung corners of Raimi’s filmography. There are creatures and shocks out of “Evil Dead,” swirling demons out of “Drag Me to Hell” and poignant rooftop moments out of “Spider-Man.” You could accuse him, I suppose, of falling back on his old tricks — but I love his old tricks, so that’s fine with me.

It doesn’t all work. There are big swings that read more goofy than grand, and the plot is a bit of a mess; which character is more powerful than which is almost solely determined by what needs to happen in the next scene. It’s clunky enough that no one will ever mistake it for the best Marvel movie. It’s daring enough, however, that it might just be my favorite.

“Doctor Strange in the Multiverse of Madness” is now playing in theaters.