Jamie Foxx may be the protagonist of this vampire hunt, but he's easily outmatched by a hip-hop legend. 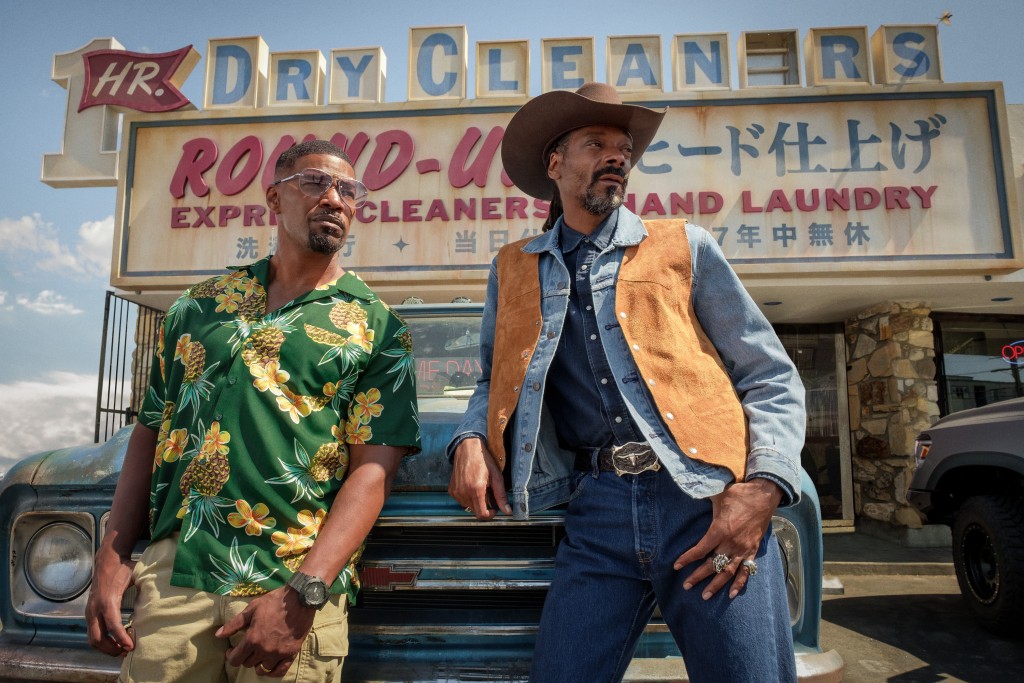 When a movie has a blend of admirable and regrettable qualities, an unexpected factor can tip it into worthwhile territory.

In this case: Snoop Dogg. Snoop Dogg is fantastic in “Day Shift.”

Outside of his presence, “Day Shift” is a mixed bag of a vampire flick. The Netflix original, from longtime stunt coordinator and fight choreographer J.J. Perry, follows an undercover vampire hunter (Jamie Foxx) as he contends with hoards of undead foes — as well as an amusing vampire-management bureaucracy, which foists an inexperienced handler (Dave Franco) upon him.

Those scenes are pretty darn engaging; surprisingly, I was most interested when the action turned to a drab office where fangs are turned in for credit and mid-level management quibbles over vampire disposal tactics. The fights, unsurprisingly, also work; Perry’s prior experience has taught him how to make a brawl intriguing and, just as importantly, how to make sure we can see it.

On the other hand, the script — from Tyler Tice and Shay Hatten — is a mess of unnecessary detours and unmotivated exposition. Extraneous characters are introduced, extended discussions of vampire lore are unloaded, and cliches fly like a swarm of bats. (No actual bats in this one, come to think of it.) Most concerningly, a movie with seven competing plot threads turns swiftly into the laziest story imaginable: The vampires kidnap our hero’s wife and daughter, and he goes to get them back.

It’s a movie in balance, then; some good stuff, some big drawbacks. And then: Snoop Dogg.

The gangster-rap forefather, who previously displayed his affinity for the supernatural in the ’90s thriller “Bones,” is more committed to this project than anyone else on set; Foxx doesn’t have half the interest in “Day Shift” that Dogg does. He turns up for key scenes as a cowboy-influenced veteran vampire slayer; every line is believable and a few are stirring. When he finally gets around to dispatching the undead, you’ll be convinced you’re watching a good movie.