Movie Review: Being the Ricardos 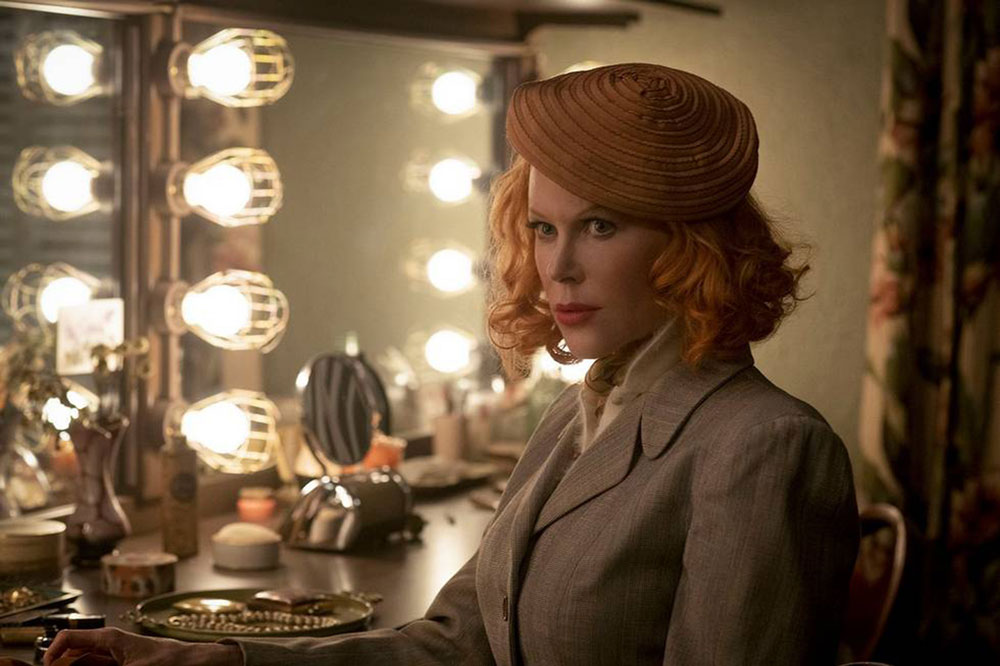 On a dozen occasions in “Being the Ricardos,” a character says some version of this phrase: “Here’s what you have to understand.”

Some of those explanations occur to camera in faux interviews, as fictionalized versions of behind-the-scenes Hollywood bigwigs reflect on the world of Lucille Ball and Desi Arnaz. Other “have to understand” invocations occur backstage at “I Love Lucy,” as someone attempts to clarify the swirling ecosystem around one of history’s most significant television shows.

So why are we repeatedly encouraged to understand? Because of the wide gulf between appearance and reality. On television, Lucy and Ricky were all pollyanna and hijinks; behind the scenes, there was fighting, infidelity, booze and more booze. In appearance, “I Love Lucy” was a breeze, a vaudeville-inspired stage play of light quips and funny performers; behind the scenes, it was anything but easy, with competing egos and corporate pressures.

That’s what you have to understand: Reality is a lot darker than it looks on the screen.

Written and directed by Aaron Sorkin — who is now firmly in a comfortable-if-not-daring latter period — “Being the Ricardos” lumps a number of key events in the lives of Ball (Nicole Kidman) and Arnaz (Javier Bardem) into one tumultuous week. Ball’s youthful politics are swept to the headlines, as the House Un-American Activities Committee searches for communists in Hollywood. Arnaz denies reports of an affair. The couple spars with sponsors over their desire to write Ball’s real-life pregnancy into the show.

Meanwhile, the writers, including a sparkling Alia Shawkat, vie for jokes — Lucy doesn’t like a hokey set-up at the beginning of an episode — while Vivian Vance (Nina Arianda) and William Frawley (J.K. Simmons) continue their lifelong feud.

Sorkin’s script, unsurprisingly, is a masterwork of structure and dialogue. The arguments are fast and furious, the quiet moments are poignant, and the pacing of the film (an area where Sorkin is singularly talented) is impeccable. I’m not convinced that he’s going to blossom into an elite director (he’s only helmed this film, “Molly’s Game” and “The Trial of the Chicago 7,”) but his shortcomings in that area are predictably offset by the strength of his script — and his cast.

Will you leave with a full understanding of this mega-famous couple — as the characters and talking heads repeatedly urge you to do? Probably not. They can’t fully be understood; it’s reasonable to wonder if they fully understood themselves. You’ll appreciate the complexity of America’s most famous marriage, though, and gain a little wonder at the people behind the celebrity.

“Being the Ricardos” is currently playing in select theaters and streaming on Amazon Prime.