The life of unlikely NFL star Kurt Warner makes for a bland, if competent, biopic. 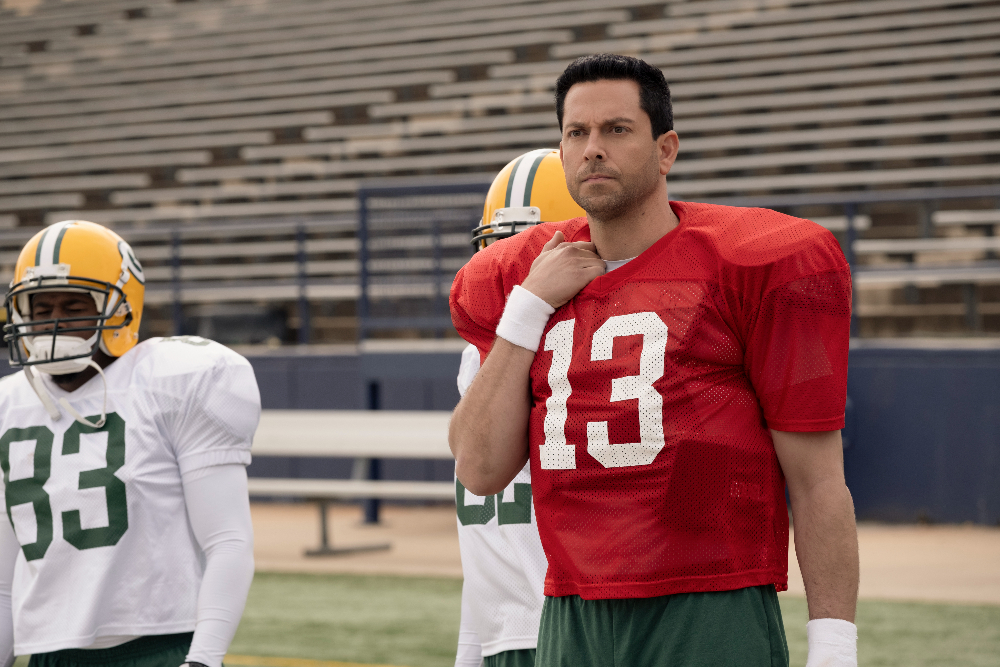 Okay, okay, fine, I’ll actually review it. But I assure you: “Eh” is all that’s necessary.

There’s an oft-used sports cliche about athletes who take unusual paths to pro sports: “great story.” As in, “Boy, Kurt Warner has a great story,” in that he was a marginal college player, went undrafted and played in the Arena Football League for a time before making it to the NFL.

The problem with this particular idiom is the word “story.” The better phrase is “remarkable circumstances.” “Story” implies, you know, a tale — a sequence of events that moves in engaging ways. Neither Warner’s journey, nor that of nearly everyone else saddled with the “great story” label, is actually a narrative; it may be inspirational or heartwarming, but it’s not a story.

So “American Underdog” is a movie about a “great story” that doesn’t have much of a story.

Sure, stuff happens. Warner (Zachary Levi) meets and woos his wife, Brenda (Anna Paquin). Her parents die in a devastating tornado. Warner bonds with Brenda’s children from a previous marriage. He vacillates on whether or not to play Arena ball. The couple has an occasional spat.

None of that, though, is a story — it’s just a sequence of biographical facts. There are plenty of biopics that suffer from this fate; “American Underdog” is not alone in stumbling with the structure. But, in a film that’s also disinterested in delving into the emotional ramifications of anything that does happen (it was made with the participation of the Warner family), it makes for an unremarkable experience.

“American Underdog” is not bad, per se, in that it’s very competently handled. Levi is good and Paquin is quite good. Directors Andrew and Jon Erwin — co-founders and chief helmers for the faith-based production outfit Kingdom Story Company — manage a few engaging sequences, and do a fine job of capturing the action of football from the field.

There’s little wrong with it. But “American Underdog” says nothing novel and is presented in a mostly unremarkable way.

“American Underdog” will open in theaters on Dec. 24.