More Cars, More Stars and More Mayhem in "Fate of the Furious"

Reviews of "Fate of the Furious" and "Gifted," along with local movie news and notes. 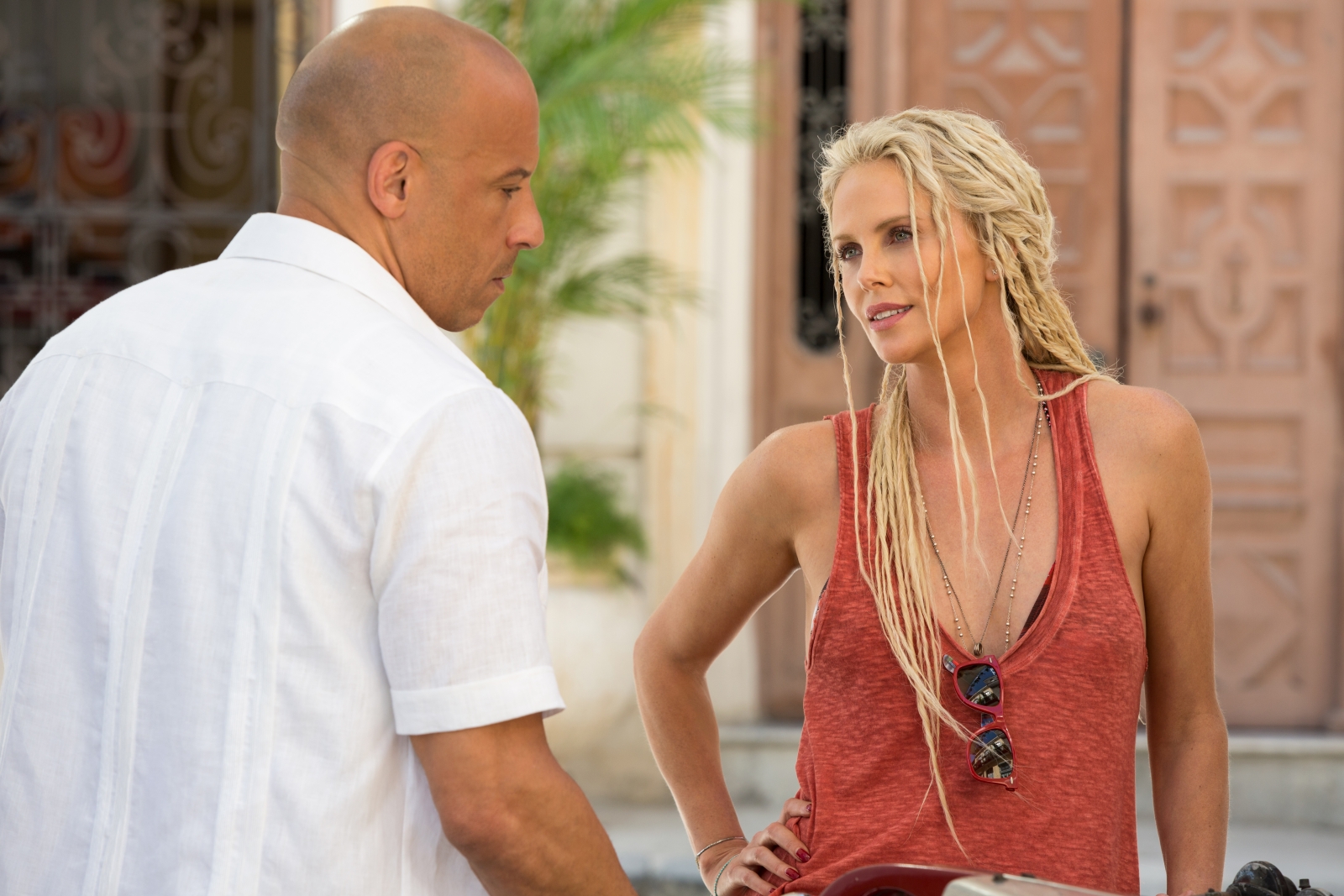 After 2015’s utterly bonkers “Furious 7,” it was difficult to see how the “Fast and Furious” series planned to up the stakes for further installments. After all, the seventh blockbuster in the series featured, among other stunts, a long sequence where our unlikely heroes drive their vehicles out of airborne planes, skydiving behind the wheel, to access a remote mountain locale.

Where do you go from there? Space? (Give them time, they’ll get there.)

Then the trailers for “The Fate of the Furious” debuted, depicting sequences such as: The part where Luke Hobbs (Dwayne Johnson) and Deckard Shaw (Jason Statham) square off in the midst of a full-blown prison riot; the part where a fleet of drone-operated automobiles cascade, bumper to bumper, through midtown Manhattan like a herd of stampeding wildebeest; and the part where the gang races against a rapidly surfacing nuclear submarine.

Because that’s what this series does: It just gets more and more crazy, every time, with no end in sight. Mark my words: Domenic Toretto will eventually drive a muscle car to the moon.

The plot — as if anyone needs more detail than “famous musclebound people, cars, EDM music” — goes something like this: After yet another one-last-job, Toretto and wife Letty Ortiz (Michelle Rodriguez) are finally honeymooning after years of action. Meanwhile, trouble is brewing; black-ops specialist Hobbs is pressed back into service after a high-tech weapon is stolen in Berlin.

Hobbs calls Toretto’s crew in, but there’s more bad news: Toretto is being blackmailed by Cipher (Charlize Theron), an international criminal and master hacker. (What dirt Cipher has on Dom is one of the film’s eight shocking reveals, par for the course in this series.) Toretto turns on his crew and delivers the weapon to Cipher, setting up yet another globetrotting chase.

I know I’m being derisive here, but that’s more at the culture and over-the-top insanity of these films; in the moment, watching any “Fast and Furious” movie is great, ridiculous fun. Eight films in, the series has built such a large stable of reliable performers — also including Kurt Russell, Luke Evans, Tyrese Gibson, Elsa Pataky, Nathalie Emmanuel and a top-tier star whose surprise appearance I will not spoil here — that the performative shortcomings of Diesel, once this franchise’s clear star but now slowly being pushed to the sidelines, are more than covered.

And anytime there are sequences, from fights to massive heists, as preposterous and engaging as these, no one is going to have a bad time in the theater.

Does any of it make sense? Including the central premise, of a street-racing team repeatedly saving the world by driving quickly and occasionally punching things? No, of course not. Don’t just suspend your disbelief, fire it.

If you want the exact opposite of “Fate of the Furious,” look for the movie with Captain America. (I know, confusing.) Chris Evans, best known for his work carrying the S.H.I.E.L.D. … shield, makes a strong case for his dramatic chops in “Gifted,” a thoughtful drama expanding to Pittsburgh screens this weekend. Evans stars as Frank Adler, a folksy and handy Floridian raising his niece, Mary (Mckenna Grace); his sister, the girl’s mother, committed suicide not long after giving birth. Mary’s first-grade teacher teacher (Jenny Slate) quickly notices that the kid is a world-class math prodigy — which is no surprise to Frank, as his sister was exactly the same. But he’d like her to have something like a normal childhood; one was denied to his sister, and he ascribes some part of her fate to her upbringing. What follows is a mature, very careful tale unafraid to ask very difficult questions about parents and children, teaching and learning, family and success. Evans shines, as does Slate; both make the case that they’re part of the next generation of great, versatile stars. It drags a little at times and has more questions than answers, but “Gifted” is a fine movie for those seeking counter-programming for the muscle cars and muscleheads in the next theater.

The Montage: In Pittsburgh, everything eventually gets all zombied up. This week, the Hollywood Theater Dormont presents an all-zombie shadowcast performance of “The Rocky Horror Picture Show” — the movie plays on the big screen, zombies act it out on the floor. Tickets here … See a quintet of local filmmakers’ efforts this Friday night at Row House Cinema. “5 Directors, 5 Short Films” includes works by Julie Sokolow, Chris Preksta, Danny Yourd, Kristen Lauth Shaeffer and Michael Pisano; click here for info … speaking of Row House, it’s their annual Sci-Fi Week, with a timely entry: the original, big-screen version of “Westworld,” the inspiration for the recent HBO hit. Details here.