James Rich started making tacos for a fast-food company during his college days. Now he’s known for the creativity he serves on the PGH Taco Truck. 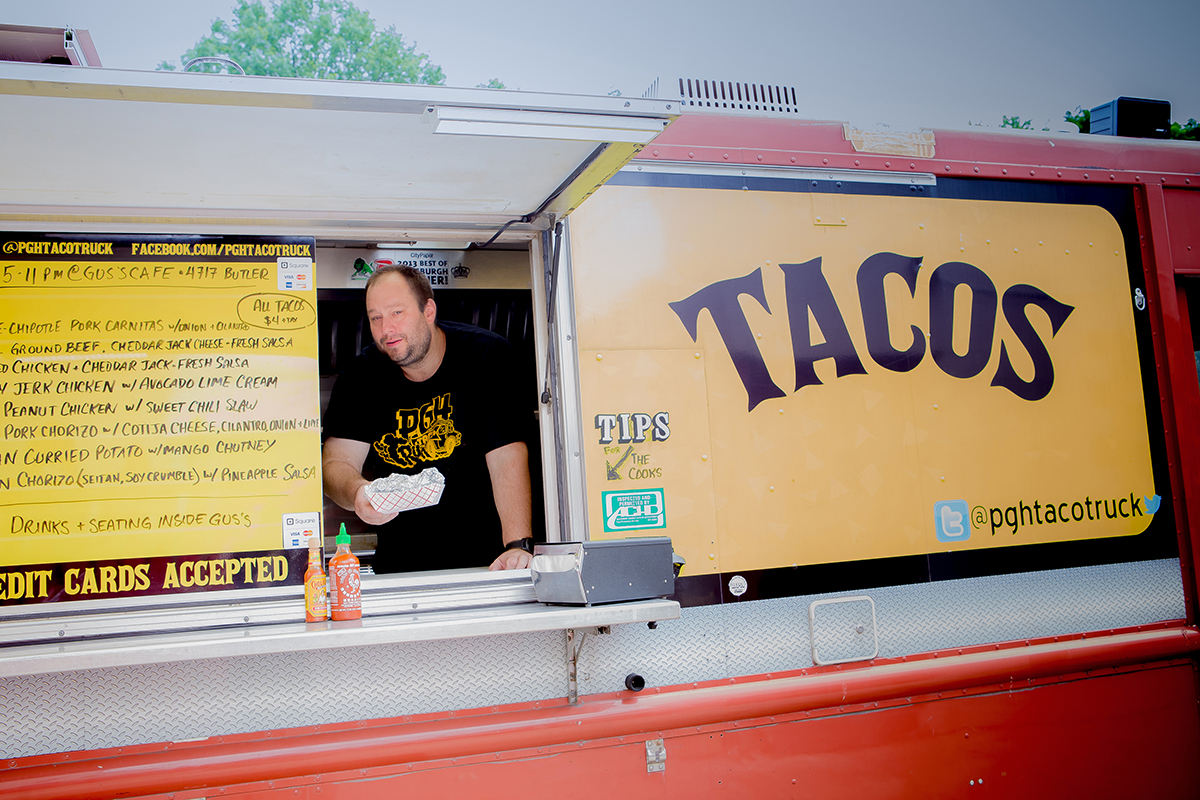 James Rich got his start in the taco trade at what was then the world’s largest Taco Bell. He picked up the job in 1989 as a freshman at Ohio University in Athens, Ohio. Happily for fans of the PGH Taco Truck, he quickly was enticed by the Burrito Buggy, an iconic food trailer parked in the center of campus. “That looked cooler and more fun,” he says.

When Rich graduated in 1993, he says he briefly toyed with the idea of opening his own food truck, but the timing wasn’t right. “That dream remained dormant for 20 years,” he says.

Aside from a brief stint as the opening chef/owner of Café Du Jour on Carson Street in 2001, Rich worked outside the restaurant industry. But the thought of owning a mobile food operation never died.

In 2008, Roy Choi and his hybrid Mexican-Korean cuisine Kogi truck in Los Angeles brought food trucks to popularity throughout the country. A few years later, Pittsburgh largely was an empty market. In 2011, Rich says, he was “unemployed, playing poker and learning to use social media.” He began researching the ins and out of food trucks to fill that void.

In 2012, he purchased a used Tully’s Coffee truck, tested taco recipes and started promoting his new venture. And then he nearly sold it. “I’d lost my steam. I’d lost my confidence,” Rich says.

He spent the next few months sorting through personal issues and trying to regain traction for the project. He couldn’t. It took a last-minute phone call in December 2012, asking Rich to pinch-hit as a chef for a No Menu Monday at Bar Marco, to get rolling again.

“That gave me the courage and validation I needed to move forward. It felt right,” Rich says.

One month later, Rich was selling tacos from his truck. He hasn’t stopped moving since. 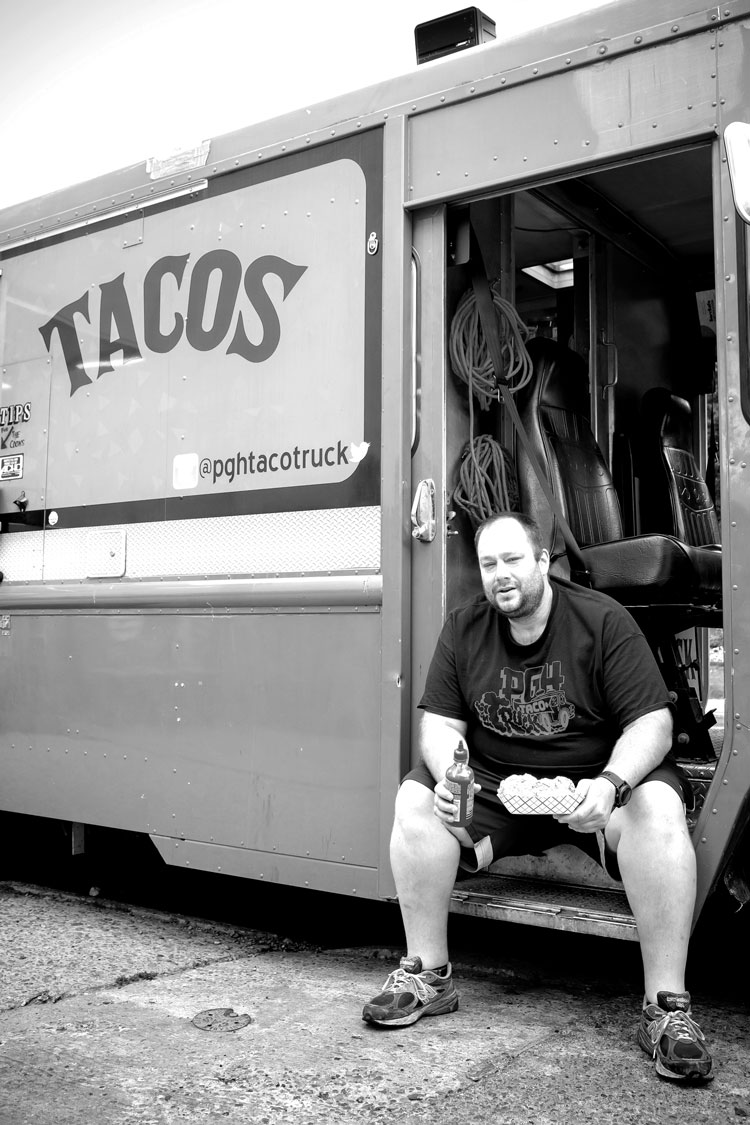 “With the exception of occasional breaks, we’re operating six or seven days a week year-round. Most other trucks here aren’t doing that,” Rich says.

Rich approaches menu design with the spirit of a chef’s background but an eye toward accessibility.

Still, by becoming the largest purchaser of Clarion Farms beef, he’s managed to connect those “regular” tacos to the local food system.

Now that Rich is the de facto chief of the city’s small but growing food-truck community, he’s set to form a deeper connection to Pittsburgh’s food community: Rich recently announced that he took over the food program at Gus’s Cafe in Lawrenceville — but that the truck will run as frequently as ever.