The Lawrenceville theater has launched an online platform for acclaimed, Pittsburgh-exclusive releases. 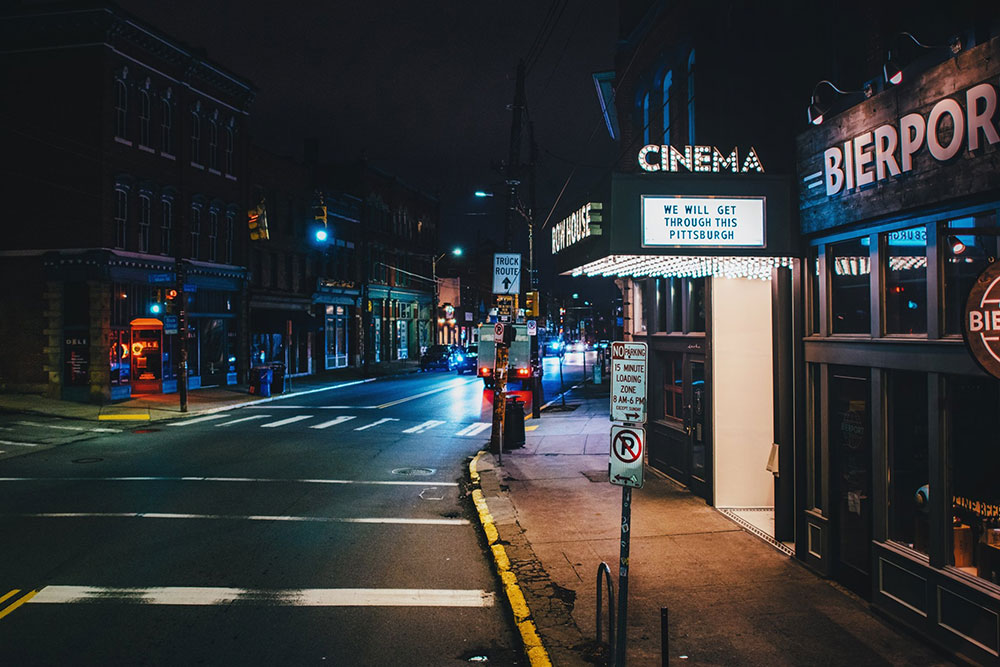 In-person screenings at the Lawrenceville theater ceased after March 15 amid COVID-19 shutdowns. Within a week, however, the cinema had launched an online platform that virtually brings Pittsburgh premieres to viewers.

“I was calling all of my distributors … asking, ‘What are your plans,’” says Brian Mendelssohn, Row House’s owner and co-founder. “Six or seven other theaters [nationwide] were asking the same question.” The solution: Online showings — not through a video-on-demand service like Netflix, but through theaters themselves.

This new model keeps money spent on digital entertainment local in a way that no global service can replicate, Mendelssohn says. The goal among staff: “Let’s create this online experience that, although it’s similar to streaming, is more of a theatrical experience.”

Currently, two new films a week are available on Row House’s website. Guests buy a virtual ticket and can then view films on a computer or other device; with the aid of Google’s Chromecast or Apple TV, films can be streamed to televisions as well.

Half of each ticket sale goes to the cinema, with the other half going to the film’s distributor. “Row House can earn money while we’re closed — and keep our audiences engaged with movies that they weren’t going to see anyway,” Mendelssohn notes that many of the films Row House will be adding in coming weeks were not scheduled for a Pittsburgh release (and are not yet available digitally), making them true local exclusives. 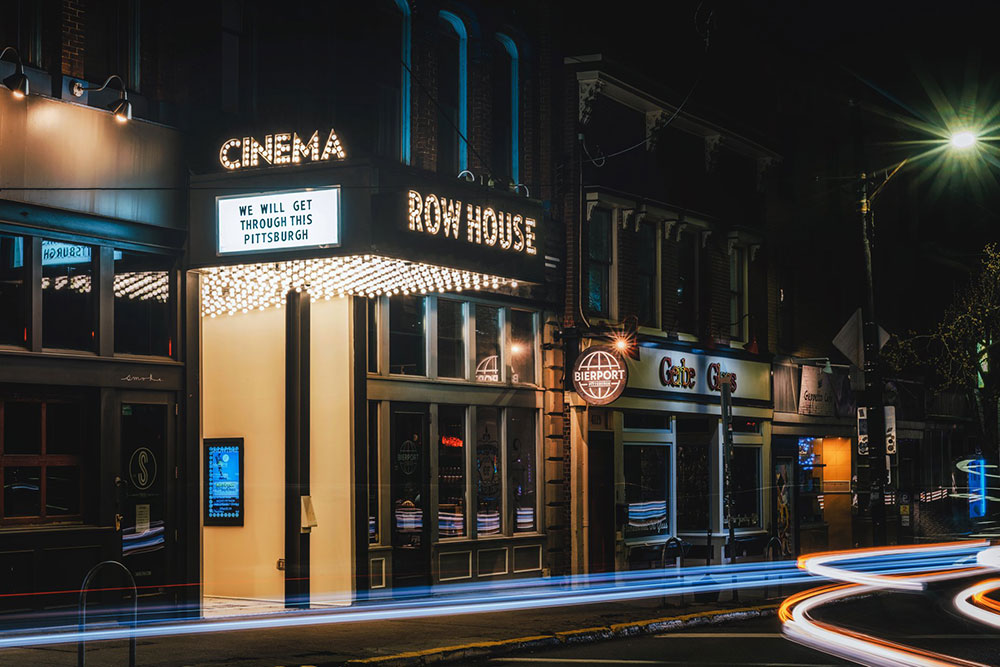 The technology has “spread like wildfire,” Mendelssohn says; he estimates more than 100 theaters around the country have begun similar programs, many using digital tools being developed by the Row House team. “We’re going to become an online cinema distributor within the next week.”

Two films will open via the Row House platform this Friday. “Bacurau,” from Brazil, is “an interesting action film,” Mendelssohn says, comparing it to a 1960s gangster picture. “It’s very engaging.”

“And Then We Danced,” a Georgian production, is a coming-of-age tale about male ballet dancers in conservative Tbilisi. “It was a festival darling,” Mendelssohn says.

Additional titles are still being confirmed; Row House is tentatively scheduled to show “A Girl Missing,” a Japanese drama which had pre-sold a good number of tickets at Row House’s since-canceled Japanese Film Festival. New releases will appear every Friday and run for a week; Mendelssohn hopes to increase to three or four new releases within weeks.

The theater also has good news for one of its key demographics: Cat lovers. In a spinoff of its “Pittsburgh’s Pretty Kitties” program, Row House will be issuing a nationwide call for feline footage.

“Since everyone’s quarantined at home with their kids — kids meaning cats — they’ll have the ability to do amazing cinematography on their amazing things that cats do.” Row House plans to compile the footage and release it to theaters nationwide. ““We see this as a fundraiser for cinemas throughout the country.”

Through its sister establishment, Bierport, Row House is also still offering curbside popcorn and candy deliveries. Payment can be completed over the phone for limited-contact delivery daily from 2 to 9 p.m.