Mike Johnston’s Plan for Bringing the Cup Back to Pittsburgh 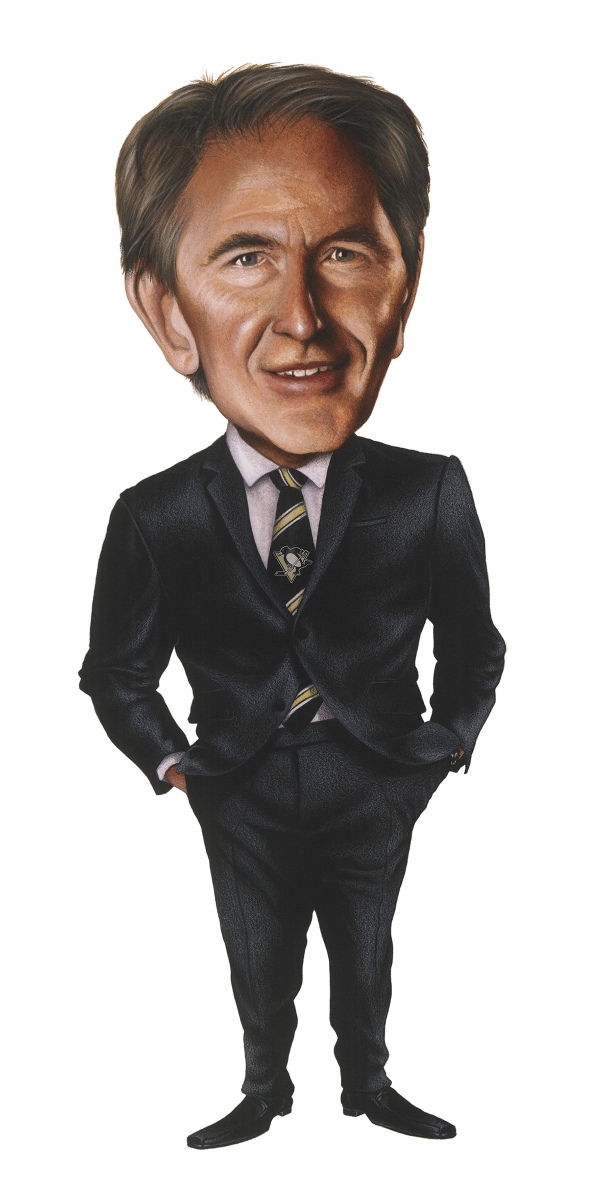 It was a textbook Wikipedia moment.

New Pittsburgh Penguins General Manager Jim Rutherford stood in front of a gaggle of reporters on June 25 and with great conviction introduced Mike Johnston as the team’s new coach.

Mike Johnston? Is that what Rutherford said?

Search engines went into overdrive. Wikipedia’s vast database produced three Mike Johnstons — a rock drummer, a Colorado legislator and a former Pirates pitcher — before the new Penguins coach appeared. (He has since risen in the search results.) We quickly learned that this Mike Johnston is 57. That he never had been an NHL head coach. And that he spent the previous six seasons as general manager and head coach of the Portland Winterhawks, a junior team of teenage prospects that competes in the Western Hockey League.

None of this was awe-inspiring, at first blush. Rapid-fire questions arose: Could a novice NHL head coach be trusted to reinvigorate stars Sidney Crosby, Evgeni Malkin, Kris Letang and Marc-Andre Fleury? Were his credentials enough to turn around a franchise that spent the past half-decade cruising like a Maserati through regular seasons only to sputter like a Moped come playoff time?

The modern Penguins are in Stanley-Cup-or-bust mode, as former coach Dan Bylsma found out this offseason. He was fired after six campaigns, despite winning a Cup in 2009 and posting the most victories in team history. Bylsma’s GM, Ray Shero, was fired as well. Now the fortunes of the Penguins rest with Johnston, a man who is anonymous yet accomplished, low-profile yet highly regarded.

“For me, the expectations make it exciting,” Johnston says. “There are only 30 jobs in the world where you can coach an NHL team, and, in this instance, you have the opportunity to work with world-class players.”

When asked if he could bring the Cup back to Pittsburgh, Johnston didn’t hesitate.

“That’s what we’re all here for,” he says. “You have to believe you can accomplish great things.”

Lifelong friend Ray Robertson had no doubt Johnston eventually would coach at hockey’s highest level. The two grew up in Dartmouth, Nova Scotia, where youngsters learn to skate soon after taking their first steps. Johnston also was learning to lead: He was captain of the high-school football team and each of his youth-league hockey teams. Ditto in college. It was simply a way of life for Johnston, the son of a football coach.

“We would walk onto the playground for a pickup game, and there was Mike, strategizing and organizing, getting everybody on the same page. It was amazing to watch,” says Robertson, who was drafted in 1977 by the Toronto Maple Leafs. “It didn’t matter what we were involved in — a class project, something small or something prestigious — Mike knew how to take control, and you really listened to the messages he was conveying.”

As do most Canadian boys, Johnston had aspirations to play in the National Hockey League. Once he reconciled with himself that a playing career was a longshot, he pursued a coaching career.

“I have a passion for this sport,” Johnston says. “I didn’t want to walk away from it.”

Johnston’s path to Pittsburgh was circuitous. He hoped to play in Austria after graduating from Brandon University in Canada, but a representative from the Canadian Amateur Hockey Association misunderstood the request and put him in touch with a startup operation in Australia. So Johnston corralled Robertson and the duo played, coached and barbecued shrimp for two seasons before returning north of the equator.

“That experience in Australia was significant because I got to experiment with how the game was played strategically,” Johnston says. “It prepared me for my career.”

Johnston coached on the collegiate level in Canada for more than a decade before joining the Canadian national team. He assisted in the world juniors (where he won two gold medals), the world championships (two golds, two silvers and a bronze) and in the 1998 Olympics. Finally, the NHL took notice. “He was too good to be ignored,” Rutherford says.

Johnston served as assistant/associate coach with the Vancouver Canucks from 1999-2006 and as associate coach of the Los Angeles Kings from 2006-08. He pursued multiple head coaching jobs during that time but found no takers.

He could have toiled longer at the NHL level, but, like a gifted artist, Johnston needed his own canvas. The Winterhawks averaged 35 points per season in the three years before Johnston arrived; he promptly led them to a 48-point improvement in his first full season. His six-year record in Portland was 231-114-10-10, which included trips to the WHL final in each of the past four seasons. Johnston served a partial-season suspension in 2012-13 after the WHL determined the team had offered improper benefits — including plane fare for family members and cell phones, but not money — to players. He returned the following season. 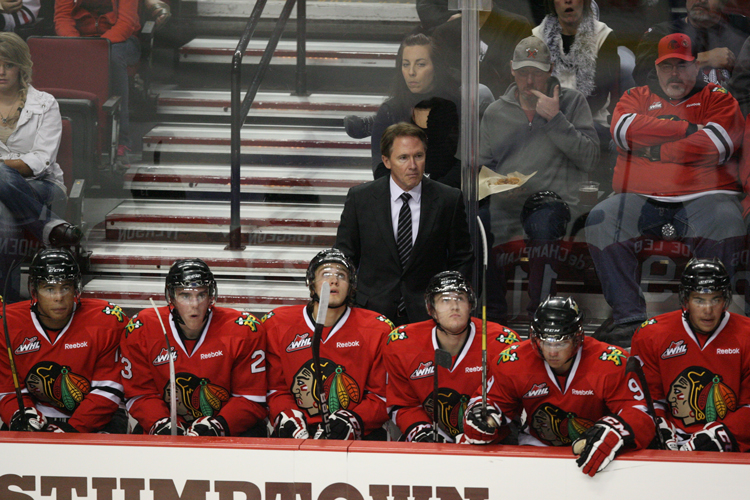 Johnston has said since Day One that his goal is not to have the Penguins peaking in November, January or March, but when the postseason commences in April.

“Everything we do is setting the table for the playoffs,” says Johnston, who as he adjusts and evolves will rely on former Penguins star and new assistant Rick Tocchet. “We want to have the proper habits, the proper mindset when we get there. That’s what matters most.”

An avid reader, Johnston referenced a recent article from Forbes Magazine that caught his attention. The story — titled “Culture of Courage: Creating a Culture That Breeds Bravery” — referenced business leaders but also could apply to the Penguins of years past.

“You can’t be afraid to try new things. You can’t always play it safe,” says Johnston, who spent his first two months on the job traveling the globe to visit his players — including Crosby in Nova Scotia, Malkin in Moscow and Fleury in Montreal — and moving to downtown Pittsburgh, the first Penguins coach since Bob Johnson to do so. “You can’t be intimidated by a situation or environment.”

The next challenge? Bringing the Cup back to the ’Burgh.

“I’ve been around this game for quite a while,” Johnston says. “I believe I’m ready for this.”

This article appears in the November 2014 issue of Pittsburgh Magazine.
Categories: Penguins