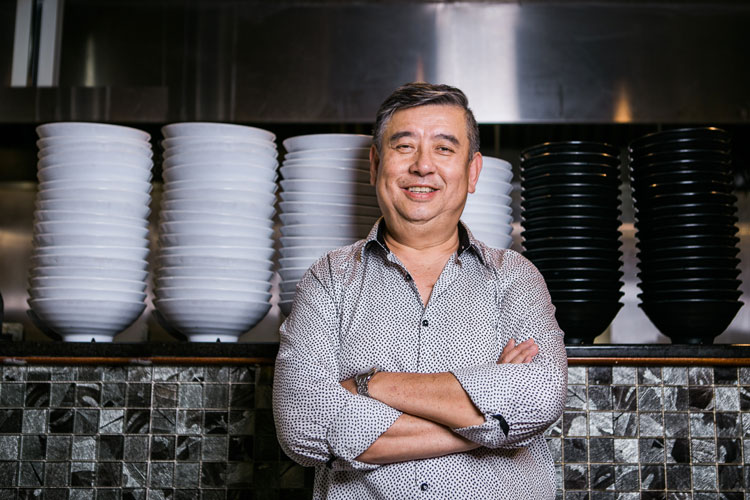 Back in the 1980s, Mike Chen, now the dean of Chinese food in Pittsburgh, thought that moving to the Steel City would be his way out of the family business.

Chen grew up in Taipei. After fulfilling his mandatory military service in the Taiwanese army at 22, he followed the rest of his family to Los Angeles, where they emigrated a few years prior. Chen assumed that since they all owned Chinese restaurants, he would end up doing the same thing, even if he didn’t want to. A couple of years later, he jumped at an opportunity to do something different when his wife, Grace, suggested they move to Pittsburgh to be closer to her family. “Finally, I had a chance to get out of it,” he says.

Chen ran an Asian grocery store on Murray Avenue in Squirrel Hill for four years. “That’s not me. I was just sitting there all day. So I went back to the restaurant business.”

He opened his first China Palace restaurant in Monroeville in 1988. And then another in Shadyside. After that came China Palaces in Sewickley and Wexford, plus a handful of sushi restaurants along the way for good measure. Then, there was Tamari, a pan-Asian restaurant he opened with his son, Alan, in 2009 as part of the first wave of new Lawrenceville eateries — the pair opened a Warrendale location in 2012.

The China Palace chain, as was typical of Chinese restaurants at the time (and still primarily is), served generic Americanized dishes rather than regional specialties. “The American type of Chinese food created me. I put my feet down, I settled down, because of the General Tso’s chicken. But after all these years, I said, ‘It’s time to do something different,’” Chen says. 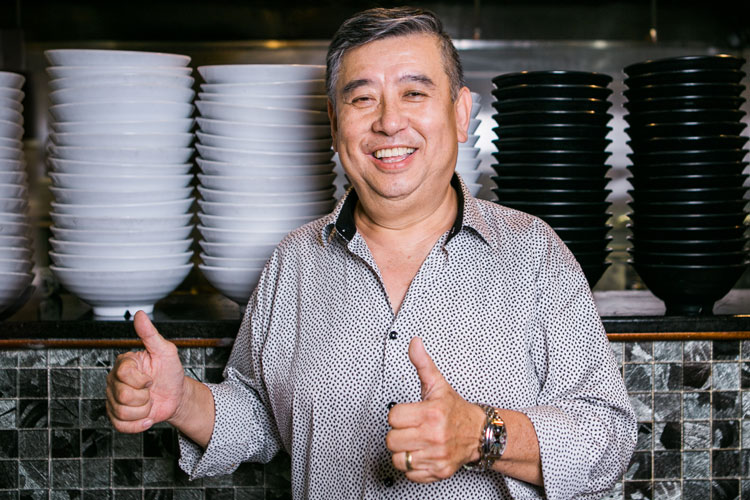 For his second act, Chen decided he wanted — with his own business and by helping other Chinese restaurant owners — to encourage Pittsburgh diners to explore China’s many regional cuisines. Over the course of several years, he sold his China Palace empire (he still co-owns the original location) as well as the offshoot restaurants, and opened Everyday Noodles in Squirrel Hill in 2013, bringing xiao long bao — soup dumplings — as well as a selection of Taiwanese street food dishes to Pittsburgh.

“The best thing to do is to offer your own style — real, authentic to where you’re from,” Chen, the three-time president of the 20-year-old Pittsburgh Chinese Restaurant Association, says.

Restaurant owners are doing just that. Taiwanese Bistro Cafe 33 opened around the corner in 2016; Ting’s in McCandless Township now has a growing Taiwanese menu. How Lee, a Sichuan restaurant, is across the street, with Sichuan Gourmet and Chengdu Gourmet both a short distance away. Down the block, another establishment, Northeastern Kitchen, this one specializing in northeastern Chinese cuisine, opened in May. “Everybody is different, and so we all survive. We even help to bring people in,” he says.

That’s not to say that Chen and his colleagues don’t have work to do to get more Americans to take a seat at the table. “Some food still won’t sell to the majority of Americans. And Pittsburgh is behind cities like New York and Philadelphia. ‘Can I eat that?!’ they say,” Chen says.

Forget tripe, kidney and tendons — many diners don’t want to see a chicken with bone in it, or with the skin on. On top of that, Americans tend to prefer crispy skin, whereas a dish such as tangerine chicken, poached with shaoxing wine and citrus peel, has fragrant — but chewy — skin. Slowly, though, minds are opening.

“Pittsburgh is ready. People are traveling a lot, and they have more open minds. And more international people are coming to Pittsburgh. It’s a perfect time to introduce people here to authentic food, no matter if it’s Chinese, Japanese, Thai or even Italian or Mexican,” Chen says.

This article appears in the July 2018 issue of Pittsburgh Magazine.
Categories: Eat + Drink Features, From the Magazine