Robert Sayre opens a restaurant with a New Mexico-inspired menu at the Schenley Plaza location.

Mesa, which will be located in Conflict Kitchen's former space, will feature red and green chile peppers stuffed and spread into items such as tamales, tostadas and enchiladas. The peppers will also be used in menu items such as green chile pork stew and chopped salads. Other staples will include avocado-based dressings as well as rice and beans.

“My parents moved out to New Mexico about five years ago, so I’ve been in and out of there a few times a year ever since and kind of fell in love with the food,” says Robert Sayre, who was previously the culinary director at the Conflict Kitchen and prior to that worked at Salt of the Earth in Garfield.
​
Sayre says Mesa’s menu will start small but grow over time to fill in flavors and styles he thinks are missing from the area such as breakfast burritos for the morning commute and stews and soups to warm up in the winter. 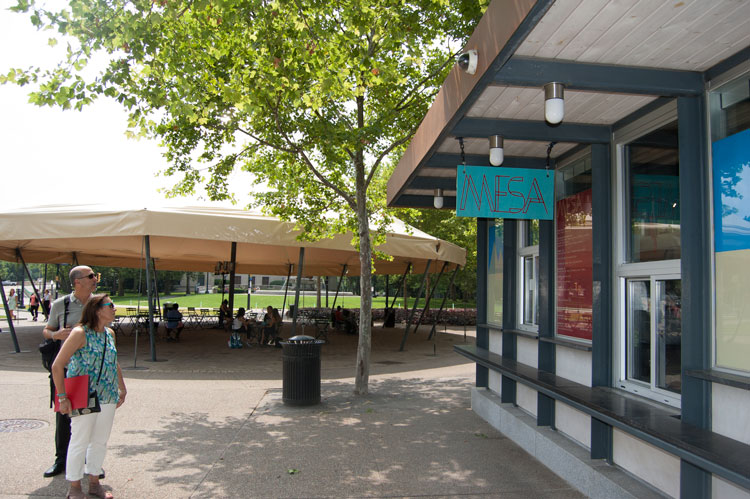 “The food is a pretty distinct regional cuisine, so it’s kind of a different take on the southwestern style,” Sayre says. “It has a few different influences coming from the Spanish, the Mexican, the Native American and chuck wagon style food.”

Conflict Kitchen’s mission was to connect with countries in conflict with America. With Mesa, Sayre will instead advocate for a higher minimum wage. He says all employees, several of whom worked at Conflict Kitchen, will be guaranteed an hourly wage of at least $15 an hour.

“We’re going to guarantee a base salary of $12.50 an hour plus tips, so if they don’t make it to $15 an hour we’ll cover the difference,” Sayre says. “We’re trying to show that it can work even for a window-service restaurant and there really is no reason that more places don’t pay living wages.” 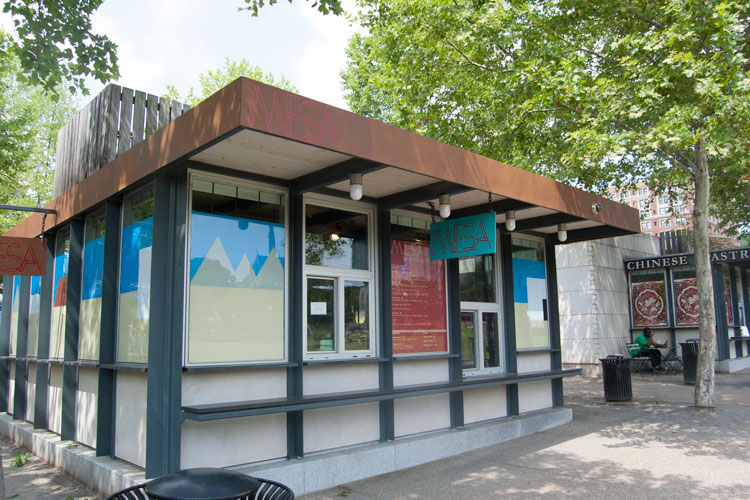 Although Sayre says he will miss Conflict Kitchen — the connections, the travel, the food and the message — he says his familiarity with the location, audience and competition of the area all played into his decision to become a first-time restaurant owner.

But it was his family that influenced him most.

“I have a young family of three kids, so it’s really nice to run a restaurant that runs between 11 a.m. and 7 p.m. so I can be home and cook dinner for my family and see my wife and children every night,” Sayre says. “There’s a lot of appealing aspects about this location and working here.”