FLOWERS
Joan Jensen, the Springwood’s florist, created a casual feel, with white and green flowers wrapped in ribbon for bouquets or set in mason jars for centerpieces. 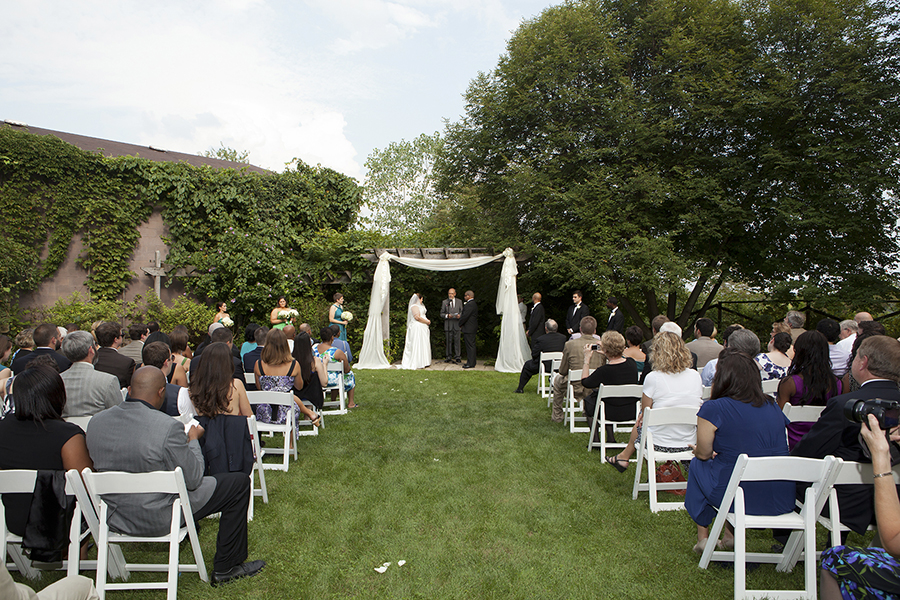 ON THE BRIDE
Megan wore a beautiful ivory and satin gown from David’s Bridal (davidsbridal.com).

ON THE GROOM
Sean wanted a formal look, so he went with a black tux with cummerbund and bowtie from Men’s Wearhouse (menswearhouse.com).

RECEPTION
Guests enjoyed a delicious buffet at the Springwood. The bride and her family made strawberry jam to hand out as favors. And her sister created invitations and a cartoon drawing of the couple, who drove away in the father-of-the-bride’s restored ’69 Volkswagen Beetle.

CAKE
Megan and Sean don’t care much for cake, but guests didn’t miss it when they sampled the assortment of cookies (approximately 100 dozen) baked by friends and family. The couple also served vanilla ice cream from Penn State Creamery (Megan is an alumna) and Ben and Jerry’s Cherry Garcia (Sean’s favorite) to accompany the famed Pittsburgh cookie table.