First in Boston and now in Pittsburgh, Vivien Li has sought to create vibrant areas along the city's rivers. 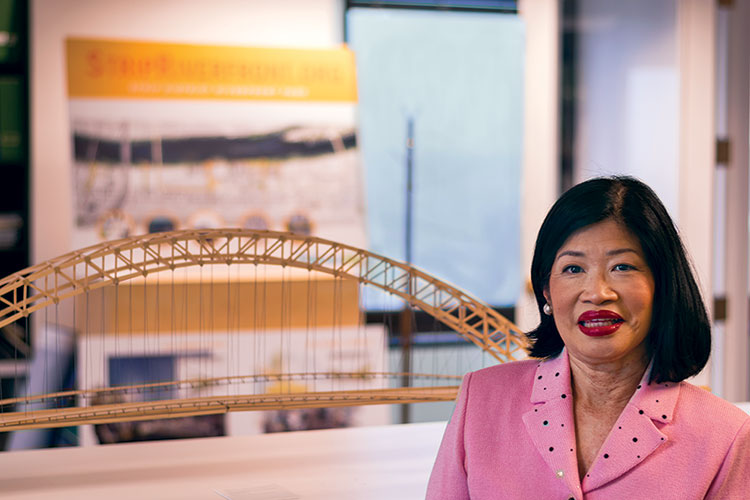 “You’re the lady who wants me to put public restrooms on the trail, right?” Kass asked her. His company already had built Stage AE, the Hyatt Place Hotel and a few other developments on the North Shore between the stadiums. It also has proposed a new office building along the Three Rivers Heritage Trail.

Li made her case: Everyone, especially children, needed a place to use a restroom along the trail. Public resources and land were limited, so it was incumbent on private developers to step up. By offering amenities along the trail, Li told him, they would attract more people, which would help nearby apartments and restaurants — including those in his buildings — which would help to attract even more people. It was a virtuous cycle.

​Kass and Li talked about adding a public restroom in the new building for around 30 minutes. “OK,” Kass finally told her. “We’ll do it.”

Li has been winning unlikely allies for a long time. In high school in Bergen County, N.J. — around the time she was reading Rachel Carson’s “Silent Spring” — she took on a bleaching facility that seemed to be releasing toxins into the nearby Ho-Ho-Kus Brook. She dipped water from the brook and placed a fish inside. When it died, as expected, she carted the dead fish and all down to city hall — drawing press attention that finally spurred officials to scrutinize the facility’s operations. It was her start in the environmental movement.

After high school, she went on to earn a bachelor’s degree in environmental management at Barnard College and a master’s in public policy at Princeton University. Li later moved to Boston and worked in state government before helming the Boston Harbor Association for 24 years. The group won accolades for working with public agencies and private developers to create 41 miles of the HarborWalk trail, featuring public art, restrooms, water taxi stops and cafes.

​Riverlife hired Li in the summer of 2015 to bring her vision and experience to Pittsburgh. Amenities along the trail are among her top priorities, as is more programming.

She’s also worked closely with the city’s planning department to overhaul riverfront zoning, moving from the old system of prioritizing industrial uses to a mix that encourages homes, offices and recreation along with industry. At the same time, Li wants to ensure that everyone — not just the wealthy — is able to access the rivers.

“Property values along the river are going to increase,” she says. “We have to make sure that everyone has the opportunity to access the river. The riverfronts are our common good.”