Meet a Founder of the Pittsburgh Craft-Cocktail Movement

Sean D. Enright got in on the ground floor of the local craft-cocktail movement and now is a respected adviser to Pittsburgh’s next-generation bartenders. 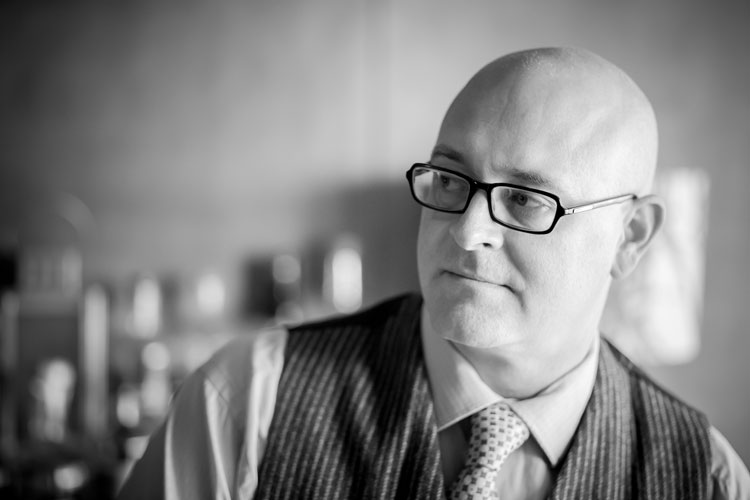 Sean D. Enright wears a T-shirt that reads, “Got Chartreuse?” — a play on the popular “Got Milk?” slogan. Ordering the herbaceous green-yellow liqueur is a wink and a nod to a bartender — a signal for, “We’re on the same team.”

“Back when I started, Chartreuse was just a bottle gathering dust on the back of the shelf,” he says.

Enright, 44, is one of the founding figures of Pittsburgh’s craft-cocktail revolution. He’d worked as a high-volume bartender, a wine director and a general manager in some of the city’s most influential dining destinations long before bartenders were perfecting tinctures and researching recipes from 19th-century taverns.

“I’ve always had the artist mentality but without having any talent whatsoever for most traditional arts. Craft-cocktail bartending is a perfect fit for me,” he says.

A native of Norwell, Mass., Enright started tending bar in Pittsburgh in 2000. Most bar patrons didn’t care about artistry then. Even something now as standard as freshly squeezed fruit juice was a big deal in Pittsburgh roughly 10 years ago. Enright credits big Burrito Restaurant Group Corporate Chef Bill Fuller and President Tom Baron’s travels in the mid-2000s to opening his palate to the joys of juicing (Enright worked at the company’s Casbah restaurant starting in 2005). 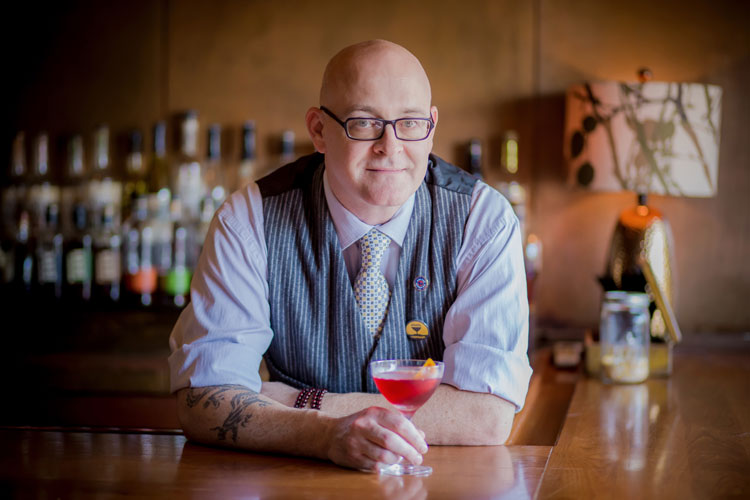 In 2007, when syrup-flavored drinks ending in “-tini” dominated bar menus, Enright for the first time made a bacon-fat-washed whiskey.

“Everyone was like, ‘What are you doing?’” he says.

At Eleven Contemporary Kitchen in the Strip District, he and then-colleagues Maggie Meskey and Michel Mincin started experimenting with classic cocktails. Then, he says, “Freddie Sarkis came to town, opened Embury [in 2009 in the Strip] and changed everything.”

“Up until then, bartending was just a job. You’d go through the motions and make money. We all were like, ‘Wow, we can do this for a living and feel accomplished.’ We felt like artists,” he says.

Fast forward six years. Craft cocktails are booming, and Enright, now bartending at 1947 Tavern in Shadyside and also running a weekly tiki night at South Side’s Tiki Lounge, is respected as a mentor to the next generation of Pittsburgh bartenders. Over his long journey, he’s assembled a 72-page list that contains recipes, history and tasting notes for just about every drink he’s made, imbibed or read about since he started at the now-closed Embury.

“If you’re in it just to make some money and go through college, then do those jobs, bang it out and good luck to you,” he says. “But if you’re in it for a long haul, if this is your profession, you have to love it.”

A Murder of Goth Chicks

It’s a popular one at Tiki Lounge and easy enough to do at home. I made this originally when I got asked to work at Tiki Lounge and we had a Buffalo Trace event at 1947 Tavern. I had been studying tiki cocktail books religiously and wanted to capture some tiki flavor for this bourbon event to make a non-typical bourbon and tiki cocktail. I love the layering aspects of the drink. It gives it a nice visual appeal and is a perfect balance between bitter and sweet.

Directions: Sink Amaro into bottom of the glass. Add ice cube. Shake and double-strain remaining ingredients, save Guinness, into the glass. Fill the glass with Guinness.
To make Don’s Mix: Use a 2:1 ratio of grapefruit juice to cinnamon syrup.
Notes: The reader probably will be best served purchasing Torani products: cinnamon syrup and almond (orgeat) syrup. As with everything else in craft cocktailing, fresher, homemade ingredients are always better, but this drink works fine with store-bought product. The large cube is very important for the visual aspect. Guinness seems to work best as a float on top, but I’ve used other stouts to varying success. Ditto for Averna vs. other amari.