Head to the downtown hotspot after 9 p.m. for burgers, sides, hot dogs and beer — all $5 or less. 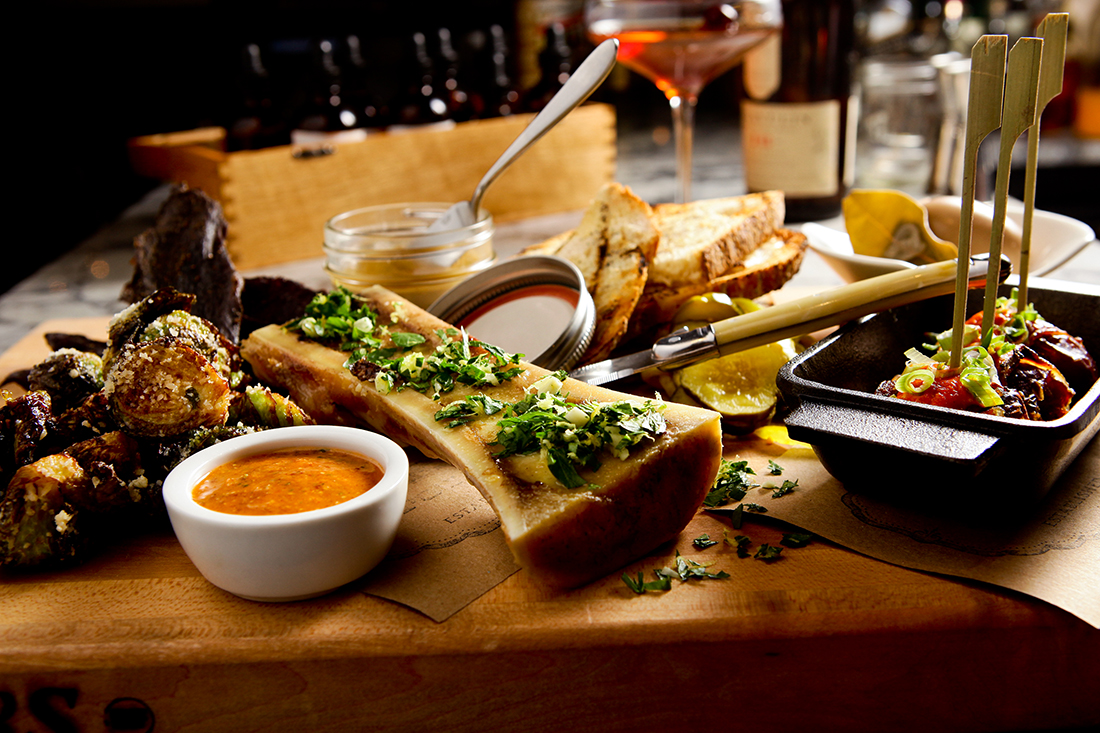 Meat & Potatoes adds Monday 'nightcap' menu
Looking for something indulgent for brunch? Head to Meat & Potatoes for a croque Monsieur. Rosemary ham, bechamel sauce, Swiss and a fried egg are placed on toasted sourdough. Pair it with a Bloody Mary from the bar, and plop down in one of the cushy chairs.

In need of a Monday-night hangout spot? Visit Meat & Potatoes for its "nightcap" menu with a side of live beats, courtesy of Pittsburgh Track Authority. The special food lineup, which is served starting at 9 p.m., includes burgers, sides, hot dogs and beer — all $5 or less.

One on One with Jason Shaffer of Braddock's American Brasserie
We all know the saying, "If you can't take the heat, get out of the kitchen." Executive chef Jason Shaffer of Braddock's American Brasserie inside the Renaissance Pittsburgh likes making heat — via smoking and other preferred cooking methods. If it were up to him, he'd never leave the kitchen. The self-described "hands-on" chef is new to Braddock's and has plans to debut an updated menu next month. If Shaffer can't source a particular ingredient locally, he makes it (beef bacon, for example).

Favorite ingredient of the moment?
I'm loving mustard seeds, but I'm not sure why. I make all our own mustard; plus I put them in charcuterie and fish features.

Most underrated utensil?
The tablespoon. I guarantee you're not using it enough; I use it for plating, tasting and to serve appetizers.

Beef or pork?
Pork. Everything is better with bacon.

Misconception about cooking professionally?
In a lot of ways, TV makes it look easy.

Kaya serves nonalcoholic mojito
When considering lunchtime dining spots in the summer, your primary concerns are rehydrating and finding reprieve from sweltering temperatures. That's why you should make your way to Kaya. Work-appropriate, the "nojito" is crisp and refreshing. Fresh mint and lime wedges float in the liquor-free take on the classic mojito, which comes in additional flavors, such as mango. Best of all, the drink is a nice complement to the Caribbean-inspired cuisine.

This article appears in the July 2013 issue of Eat Street.
Categories: PGHeats