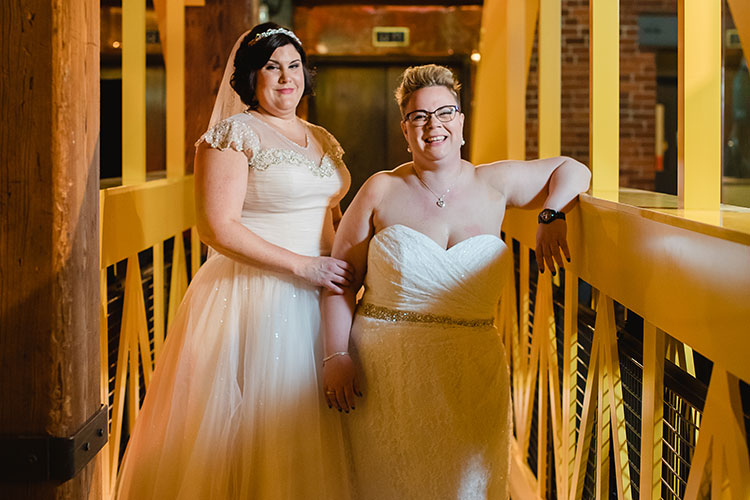 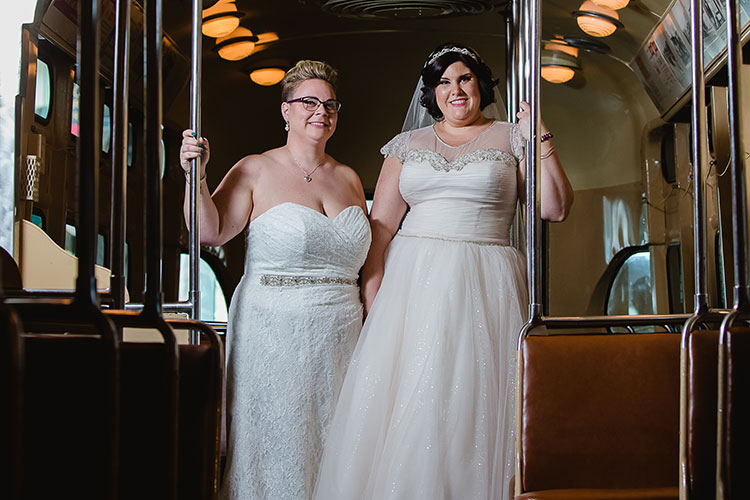 When Juli Met Amy:
Juli Colotti (left) owns a fitness studio in Kingston, N.Y., and in November 2016, Amy Ingram signed up for sessions. “I went to her for personal training, and I ended up with a wife,” Amy says with a laugh. Juli jokes she gained not just a client, but also a wife plus a business partner when she married Amy, a lawyer. “I’m the owner, but I’m not the boss — she’s the boss,” Juli says. Amy says as they became friends and eventually a couple, it was just a “good fit” and their conversation flowed effortlessly. “It was like we were made to be with each other,” she says. 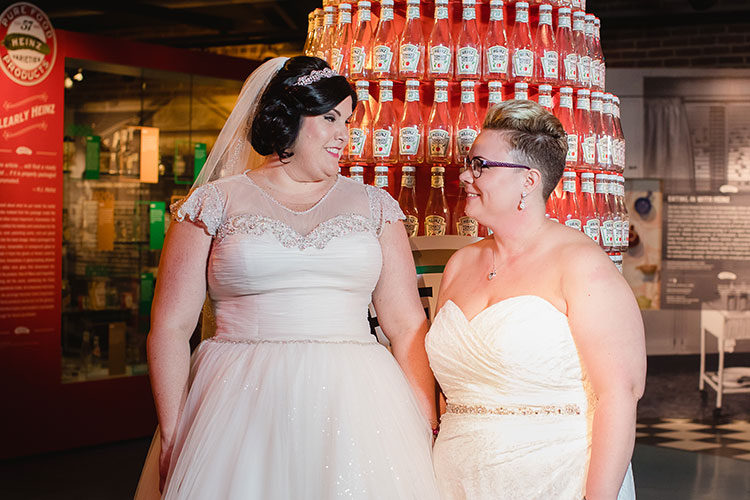 She Said Yes.
Amy and Juli both planned a surprise proposal for the other in early 2017 at their favorite spots: For Juli, a beach in Florida, and for Amy, Pittsburgh.
When it came time to pop the question, both struggled to get the other’s attention.

On Juli’s favorite beach in Fort Lauderdale, Amy had a grand engagement speech planned, but Juli was distracted by the view. The same thing happened three weeks later on Mt. Washington, where Juli couldn’t get Amy to turn away from the city skyline.

“I surprised her first only because we went to Florida together first,” Amy says. “[Afterward], I kept asking her, [saying] we can’t plan a wedding until I have a ring too.” 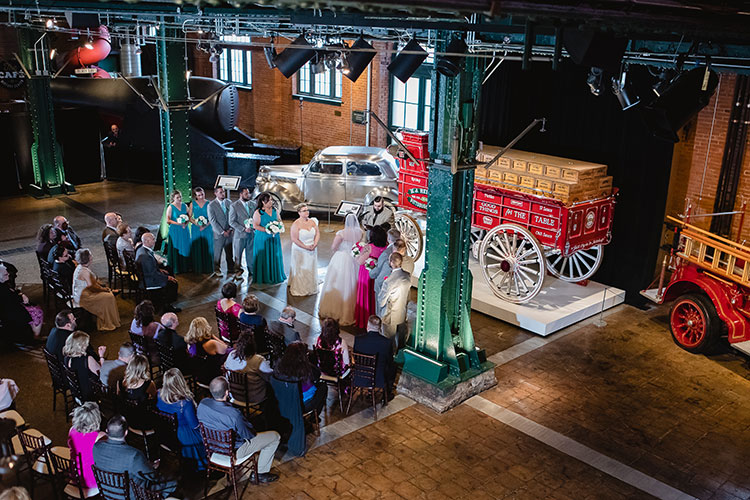 The Big Day.
Amy says she still considers Pittsburgh home — she grew up in Washington County — and Juli fell in love with the city, so they decided to get married at a venue that showcased the city: the Heinz History Center.

The custom-designed topper for their Prantl’s burnt almond torte cake pictured Wonder Woman standing next to a princess. Juli uses Wonder Woman as a symbol at her gym, and Amy says, “Everybody thinks I’m the pretty princess.”

Another personal touch Juli requested was that she and her side of the wedding party wear custom Converse sneakers. Amy wore heels for the ceremony, but afterward changed into Converses to symbolize that it was “Colotti-time,” which also served as the wedding’s hashtag. 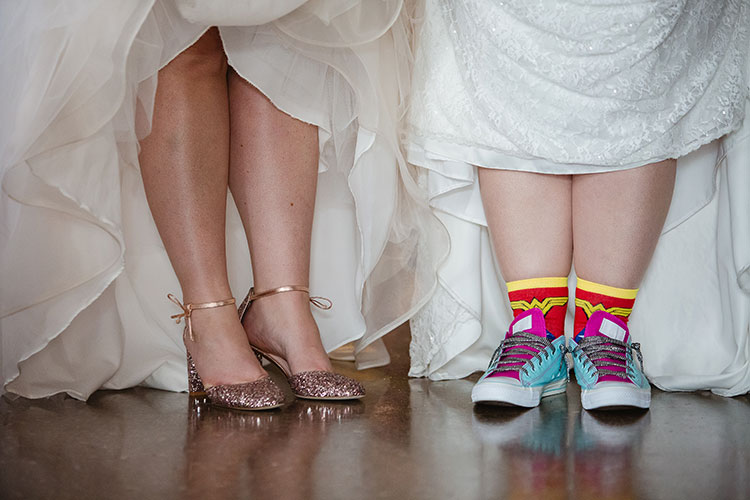 Happily After Ever.
After their wedding weekend, which included a full slate of events that showcased Pittsburgh for their guests — featuring a Pirates game, a rehearsal dinner at Church Brew Works and a farewell dinner at Primanti’s — the couple honeymooned in Key West. Amy, 38, and Juli, 31, have a dog, Louie, and live in Kingston. 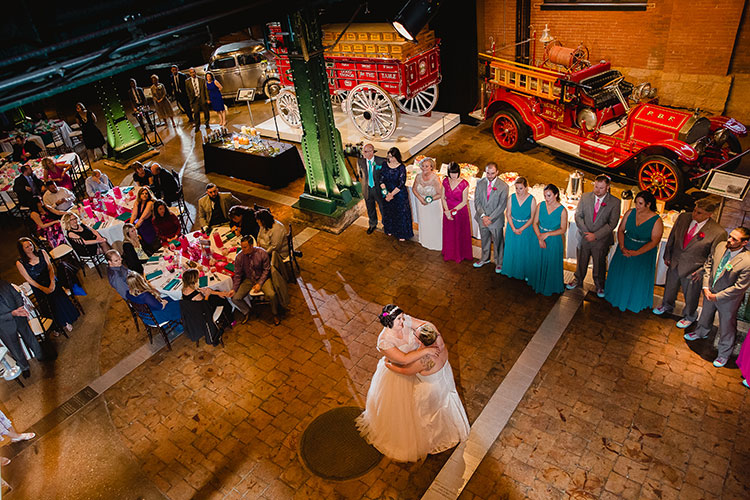