Mayor Peduto to Do ‘Ask Me Anything’ Session on Thursday

Head to Reddit’s Pittsburgh subforum to ask the mayor whatever your heart desires. 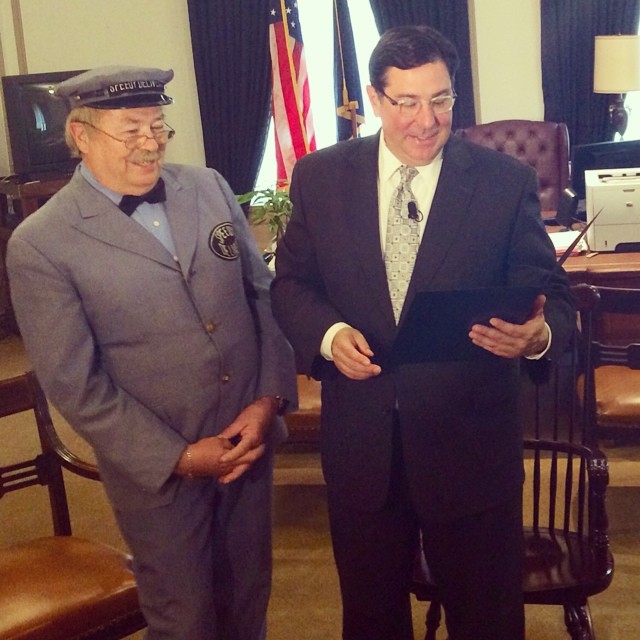 We love a good AMA around here. From Bill Murray to Bryan Cranston to Buzz Aldrin, Reddit’s “Ask Me Anything” series gives forum users a chance to anonymously pick the brains of some of the planet’s most interesting people.

What makes AMAs so special? Answers tend to be more thoughtful and refined than a typical interview. Take this response from Aldrin about his experience walking on the moon:

“My first words of my impression of being on the surface of the Moon that just came to my mind was ‘Magnificent desolation.’ The magnificence of human beings, humanity, Planet Earth, maturing the technologies, imagination and courage to expand our capabilities beyond the next ocean, to dream about being on the Moon, and then taking advantage of increases in technology and carrying out that dream – achieving that is magnificent testimony to humanity. But it is also desolate — there is no place on earth as desolate as what I was viewing in those first moments on the Lunar Surface.

Because I realized what I was looking at, towards the horizon and in every direction, had not changed in hundreds, thousands of years. Beyond me I could see the moon curving away — no atmosphere, black sky. Cold. Colder than anyone could experience on Earth when the sun is up- but when the sun is up for 14 days, it gets very, very hot. No sign of life whatsoever.

That is desolate. More desolate than any place on Earth.”

You can get in on the AMA fun Thursday from 6-8 p.m., when Mayor Bill Peduto and his administration will be answering questions on Reddit’s Pittsburgh subforum.

Medical marijuana. Uber. Food-truck laws. Google Fiber. Ask your most burning questions. Bring the heat or be downvoted into oblivion.