Max King: Gratitude in the Face of Death

A lesson learned and a surprise reaction to nearly losing his life. 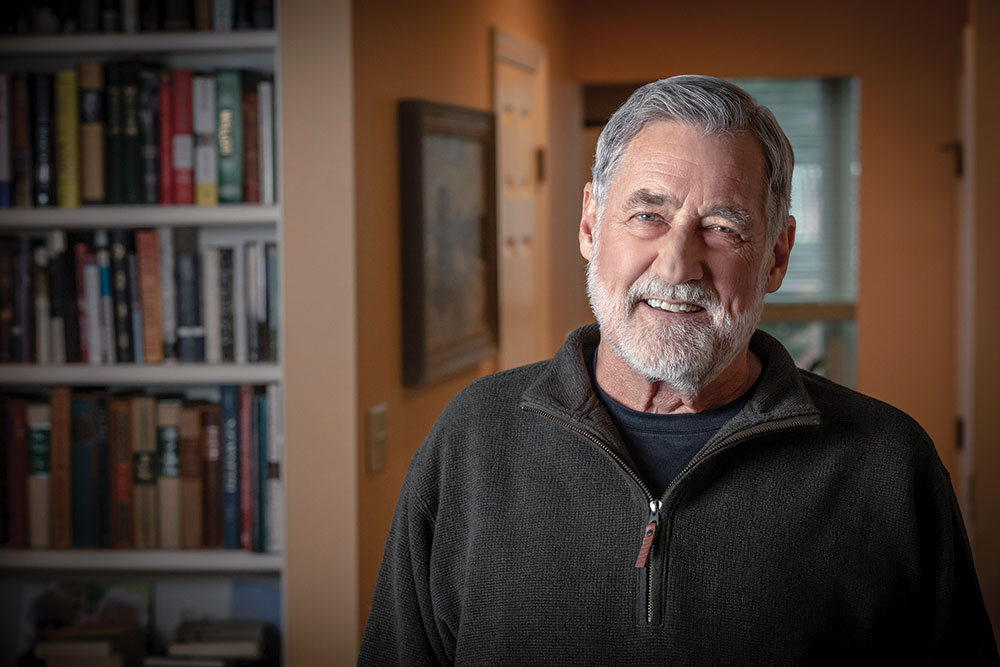 This time it was me.

When the team of doctors and nurses — 10 strong — rushed down the hall in the Intensive Care Unit at Presbyterian Hospital, they rushed into my room to get to work on the job of saving my life.

I had been in the ICU for almost 10 days while the UPMC doctors conducted test after test to try to find the bleed in my gut that was slowly threatening me. The doctors were as frustrated as I was.

Then, it stopped bleeding — slowly. It started bleeding fast. Very fast. An artery in my small intestine burst open and flooded my gut with blood — just what the doctors needed, it turned out, to be able to use their radiology technology to spot the problem. But not what I needed. I was already anemic from loss of blood, and now I was losing it at a frightening rate. Part of the team that gathered in my room was a pair of doctors who were opening a hole in the side of my neck to provide a central line to my carotid artery, so they could get enough blood transfused into me to keep me alive while they rushed me down to the Interventional Radiology Division (IR) to find and stop the bleed.

As the doctors in my ICU room finished putting in the central line to my carotid artery, I could hear an argument between them and one of the nurses who was assigned to get me down to Radiology as soon as possible. She was arguing that I should leave right away because the IR team was waiting. But the doctor declared, “He’s not traveling until I get this line in. He won’t make it.”

That was one of the clues that I was in serious trouble. There were others.

One was that I was so weak I couldn’t keep my eyes open. I could hear everything but not see much at all. I listened carefully to the nurses and doctors all around me, and I could tell from their dialogue that they were worried. Another clue was that Dr. Kevin McGrath showed up in my room just as they were wheeling me out on the gurney.

Dr. McGrath’s defining quality, I would say, is a fierce and relentless commitment. When I was in the ICU, he would not let me go until he had seen the problem solved. Even though his testing did not reveal the source of the bleed and he had to pass me along from his Digestive Disorders Center to Interventional Radiology, he was still in my ICU room every single day strategizing with me — sometimes twice a day. He simply would not give up on me. When they finally rushed me out of the ICU and down to IR, he was suddenly there encouraging me to keep fighting: “This can be our moment of opportunity.”

Although I was awake during the whole procedure, I was too weak to see much of anything. But I did get my eyes open at the very end, in time to see the whole team giving the thumbs-up sign and to hear one of them say, triumphantly, “We got it!” And to hear the dialogue of the two nurses as they took me back to my room. The less experienced nurse turned to the veteran and said, “Wow, this is what it’s all about, isn’t it?”

One lesson from Dr. McGrath was the high importance of being an engaged patient; I stopped all email, phone calls and visitors in order to focus on the doctors.

One of the biggest surprises for me, was the fact that I was not afraid, and am not afraid of dying. I always assumed that when I faced death, I would be terrified. And it was clear to me that, although I was getting excellent care, I could die in this situation. I could see the Dark Man across the room, looking right at me.

But, instead of fear, I was overwhelmed by a powerful sense of gratitude. I felt thankful for the medical care, of course. But the really powerful surge of gratitude I felt was for the help and support of my wife Peggy and our family. In fact, thinking about the full and joyful life I have had with Peggy and our two sons and their wives and our four grandchildren, I found I had no regrets. It was not that the details of my life flashed before me; rather, it was just a deep appreciation for the gifts I have received in life.

This article appears in the January 2020 issue of Pittsburgh Magazine.
Categories: Community Feature, From the Magazine, Hot Reads