After what seems like a lifetime of doing the right thing and rooting against Duke, I’m backing the Blue Devils in the Final Four. Blame it on the coach with the name that’s difficult to pronounce and even tougher to spell. 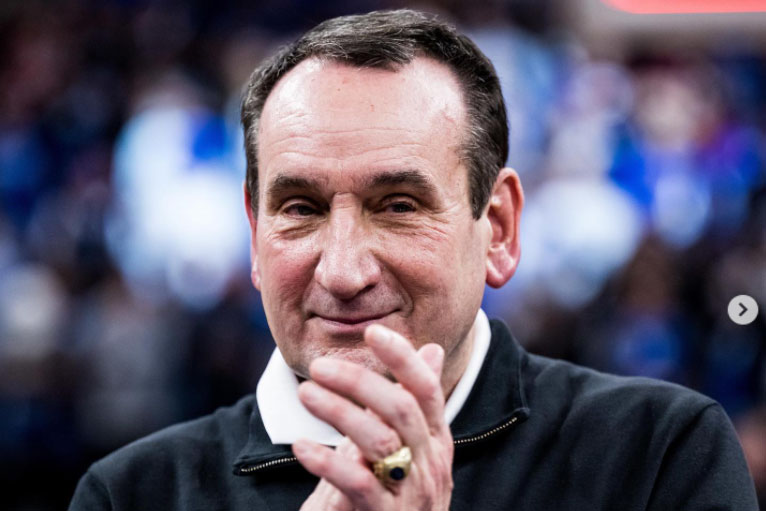 In an event that’s annually recognized by and romanticized for upsets, in an NCAA Tournament that this year has even included an all-time Cinderella, I’ve been blindsided by a Blueblood.

Blame it on the Madness.

And blame it on Mike Krzyzewski.

The Duke legend will be coaching in his all-time record 13th Final Four this weekend.

And he’ll be pursuing his sixth national championship (the five Krzyzewski has already won are second only to John Wooden’s 10).

Those accomplishments alone demand respect and admiration, and I’ve been affording Coach K plenty of both as this year’s tournament has progressed.

But it feels like it’s taken longer to get there than it has for Krzyzewski to amass his all-time record 1,202 wins.

I’ve always had a love-hate relationship with Coach K.

I love that he played for Bob Knight at West Point (The General might be my all-time favorite coach in any sport, Herb Brooks in the 1980 Olympics excluded), love that Krzyzewski directed three Olympic Gold Medal-winning efforts for USA Basketball.

It’s not just that Krzyzewski has made a habit of rag-dolling my alma mater (the most agonizing of his victories over Michigan State occurred in the 1999 Final Four; I was there for that in Tampa and still haven’t gotten over it).

Krzyzewski and Duke have steamrolled a lot of people’s alma maters.

It’s the way the Blue Devils have done it that’s infuriating.

As the victories and national championships have piled up, Duke has earned a certain reputation and established a particular image, at least as perceived by most non-Duke grads or non-Duke fans (people with a soul, in other words) that isn’t generated entirely by sour grapes.

In no particular order of importance, those would include Duke getting all the big calls in all the big games, Duke getting any attainable regional-bias break from the NCAA (playing its first two tournament games just down Tobacco Road in Greenville, S.C. this time around is the latest such example), and Duke featuring players just about everybody not wearing Duke paraphernalia would just as soon punch in the face.

That last characteristic infuriates beyond all others.

I’ve no doubt left a few out (there have been so many for so long now it’s hard to keep track).

Except this year’s Duke team is different.

This year’s Duke team doesn’t have that guy.

This year’s Duke team doesn’t have the usual sense of entitlement, either.

This year’s Duke team got humbled in the regular-season final against arch-rival North Carolina (Krzyzewski’s last appearance at historic Cameron Indoor Stadium), and again by Virginia Tech in the ACC Tournament.

But this year’s Duke team also dug down deep to escape Michigan State in the Round of 32, and even deeper to survive Texas Tech in the Sweet 16.

And now, as the Final Four beckons,  the narrative is of a collection of players who are playing together and playing in the clutch (Duke remarkably made its last eight shots with the Tech game hanging in the balance) in an effort to give their legendary coach the ultimate sendoff.

It hasn’t been about officiating for a change, it’s been about the game.

And it’s been a thing of beauty to watch.

And suddenly the visual isn’t Krzyzewski, beady eyes glaring, intimidating an official to ensure he’ll get a call he knows will be forthcoming, anyway.

Instead, it’s an elder statesman with an old man’s gait, his wife by his side, ambling from the locker room to the bench to coach at least one more time in front of his grandkids.

You can pause here in the event you need to wipe away a tear.

St. Peter’s should still be the enduring story of the tournament, the first No. 15 seed ever to reach the Elite Eight.

But somehow, yet again, it’s all about Coach K.

Never thought I’d be here or admit this, but this time I’m all in.