What began as a family photo outing to Phipps Conservatory ended in a marriage proposal. 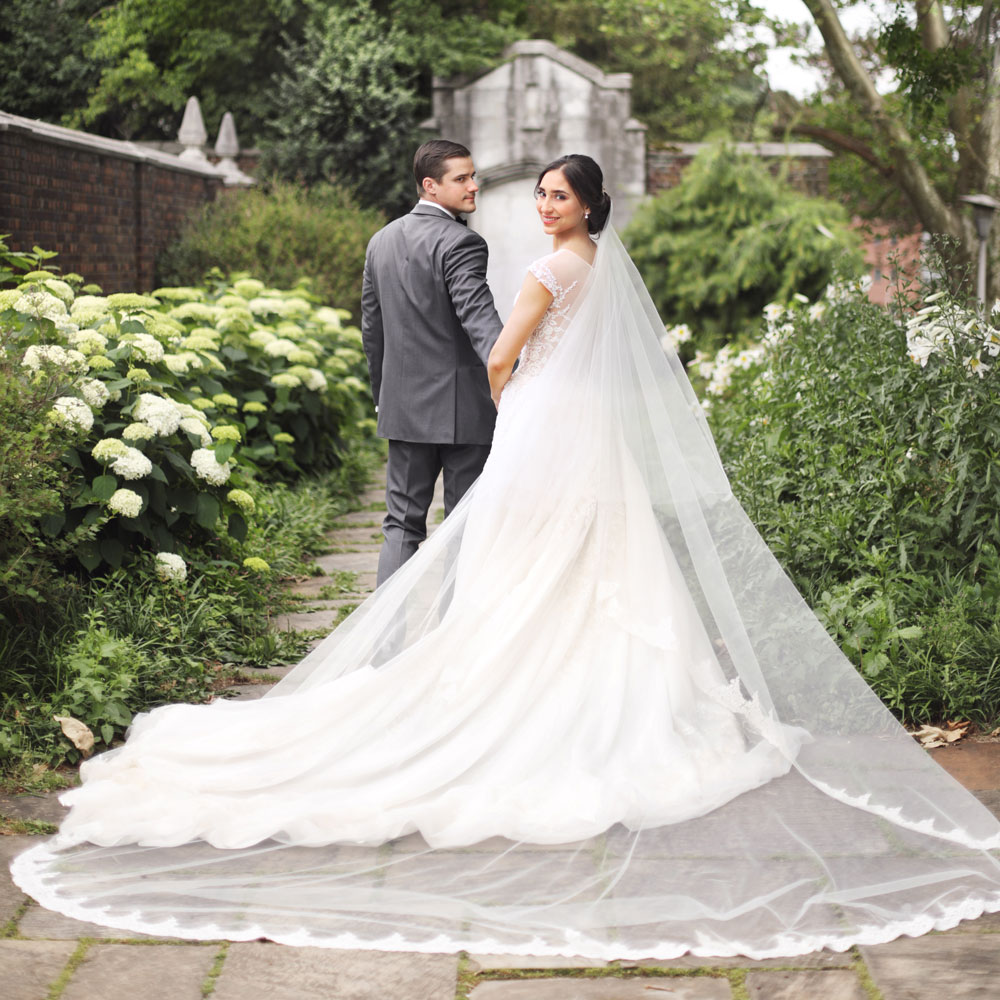 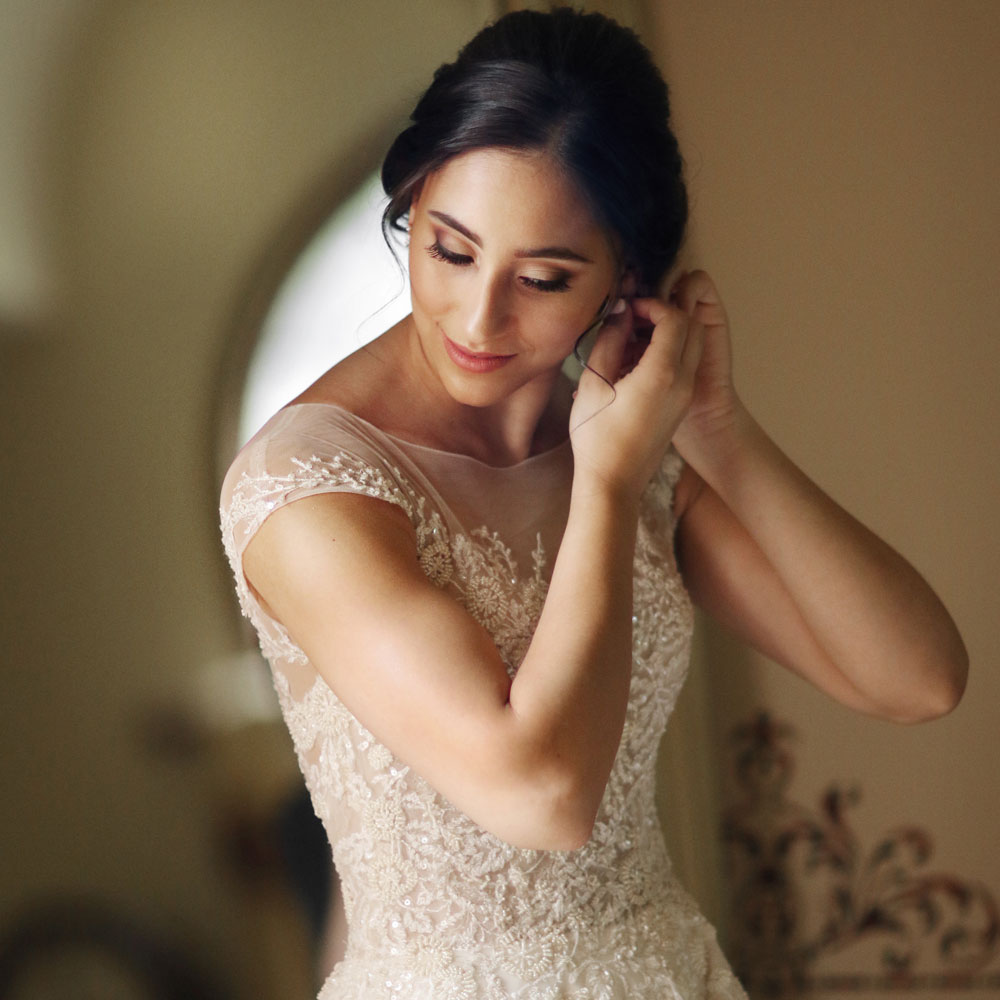 When Brandon Met Celeste.
Brandon Krajniak and Celeste Rovito met because Celeste’s roommate at the University of Virginia in 2009, Chelsie, decided to become a skydiver. Chelsie was training at a dropzone where Brandon was a pilot, and Celeste would occasionally tag along to watch her friend. Brandon and Celeste began getting to know one another until a new job took him overseas. After that, they kept in touch occasionally.

A few years later, Celeste started a physician assistant program at the University of Pittsburgh and Brandon was in Afghanistan for work, but he reached out to her and the two began talking every day.

“It was the happiest part of my day,” Celeste says.

After Brandon moved back to the United States in 2015, they decided to date long distance. The following year, they both made a move to Detroit to be together. 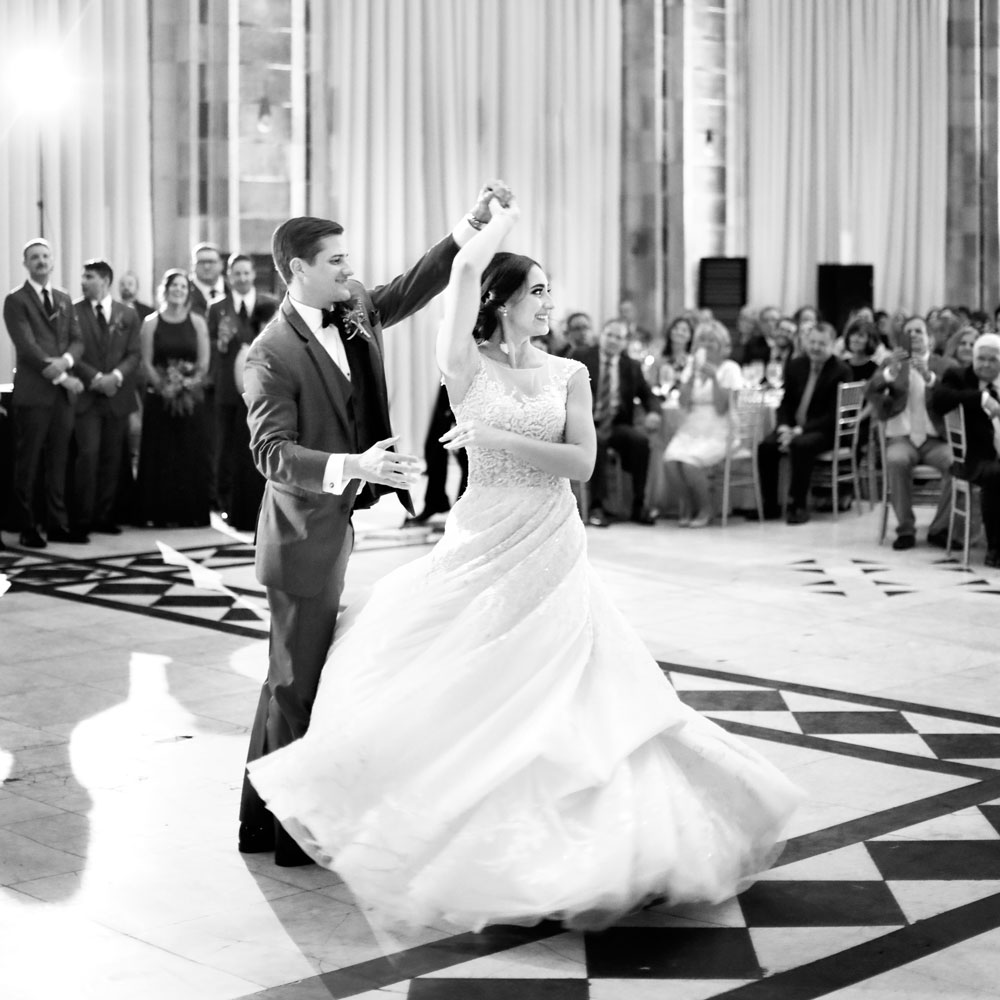 She Said Yes.
Celeste was traveling home to Pittsburgh for Christmas in 2017, but Brandon stayed behind in Detroit for a few days — or so he told Celeste. Celeste’s mom suggested that the family go to Phipps Conservatory to take family photos for their Christmas cards.

When Celeste’s mom said they should take individual pictures as well, Celeste got suspicious. After a few photos, when Celeste turned around, Brandon was standing there, and he proposed. 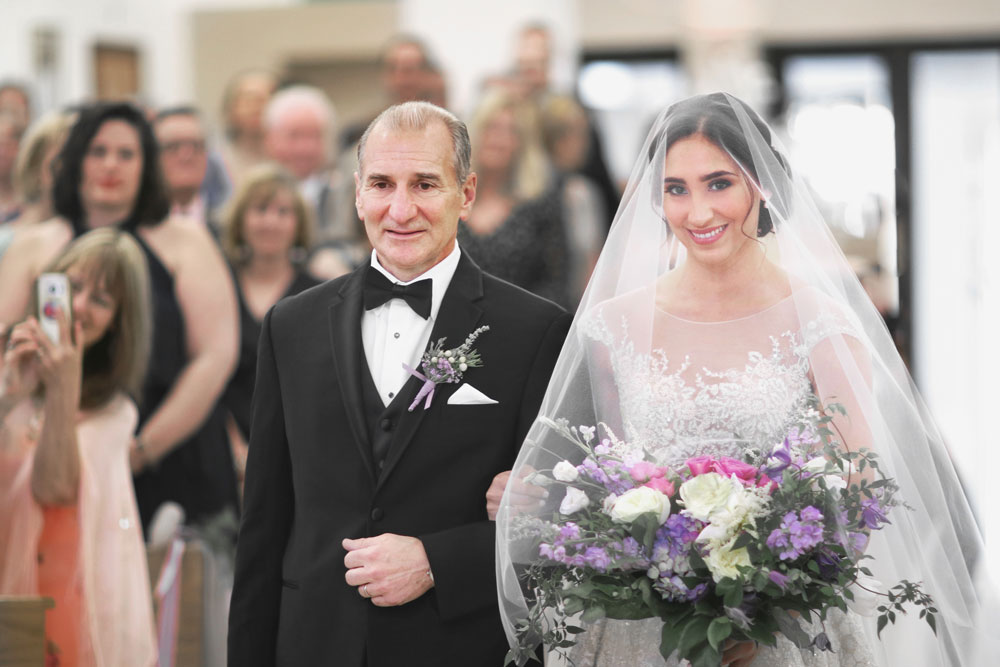 The Big Day.
Celeste’s father suggested that they get married at Celeste’s family’s church, St. Benedict the Abbot Church in Peters Township. Celeste says that the location meant a lot to her, and that returning for Mass since has made her glad she chose a church close to her heart.

Brandon and Celeste took dance lessons prior to the wedding day — an engagement gift from Celeste’s mother — and decided to do a choreographed first dance to “Mess Is Mine” by Vance Joy. While Celeste describes the song as an unconventional wedding choice, she says it was perfect for their relationship. 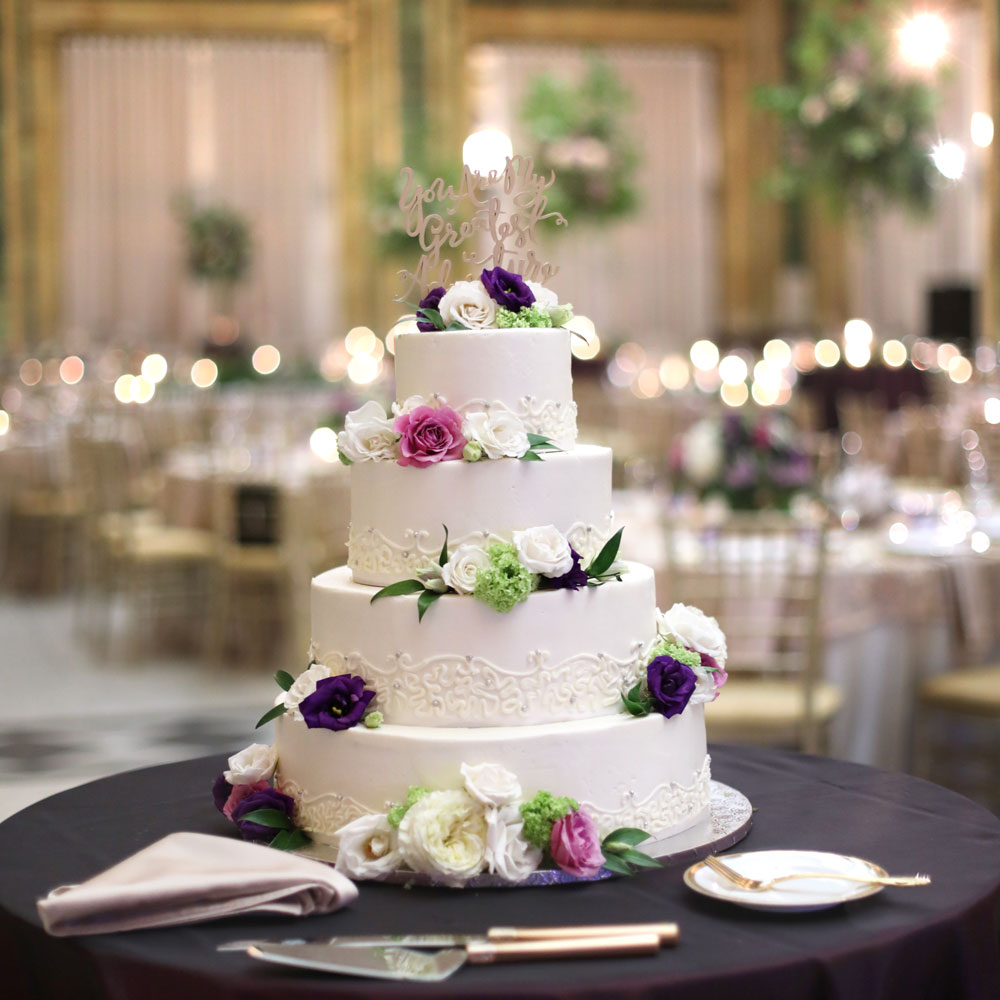 Happily Ever After.
Brandon and Celeste traveled to Europe for a two-week honeymoon. They live in Grosse Pointe Park, Michigan, where Brandon, 34, works as a pilot and captain for Spirit Airlines and Celeste, 29, works as a physician assistant in the emergency room at Henry Ford Fairlane Hospital. They have a 2-year-old German Shorthaired Pointer, Sarabi, and are expecting their first child in March. 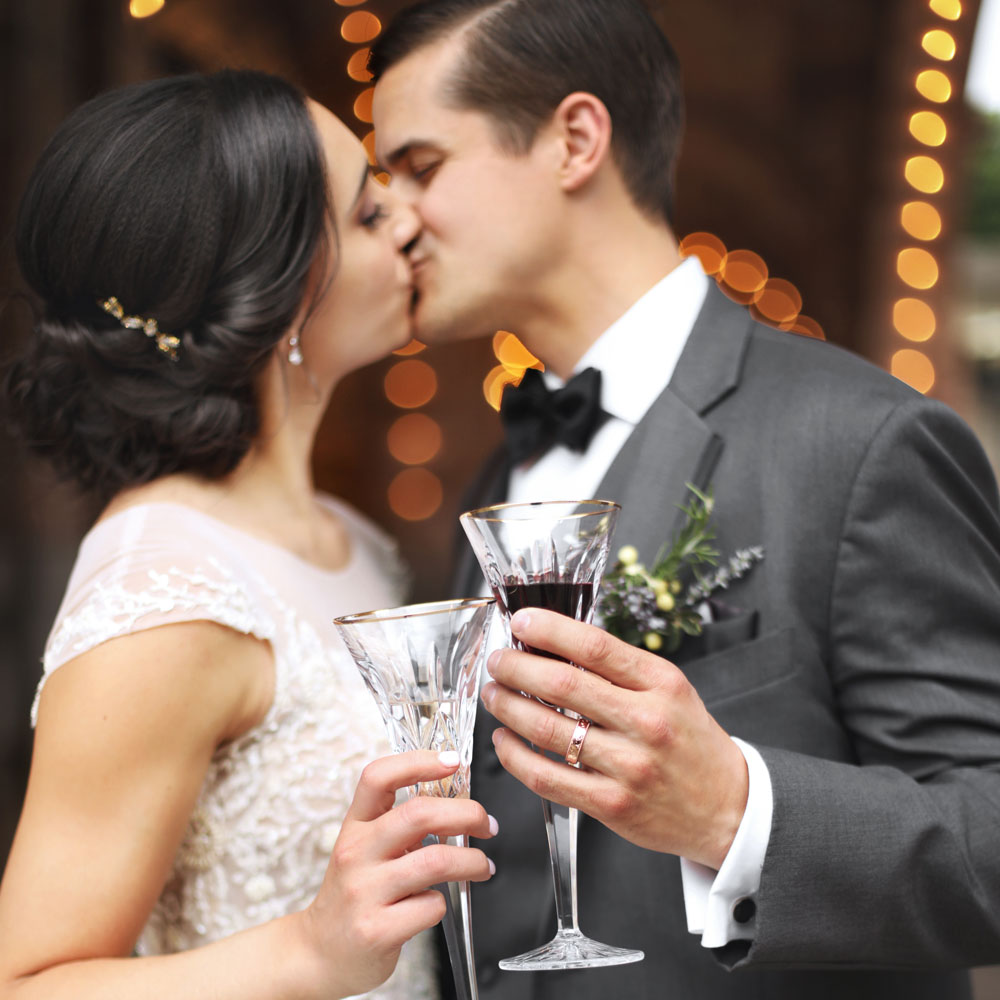