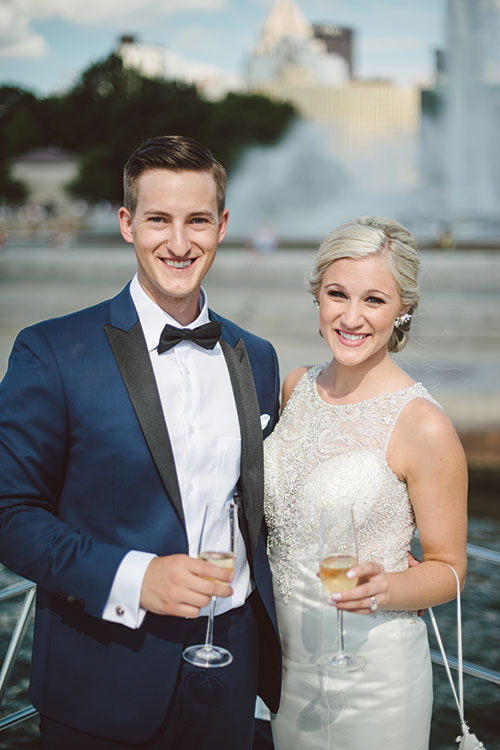 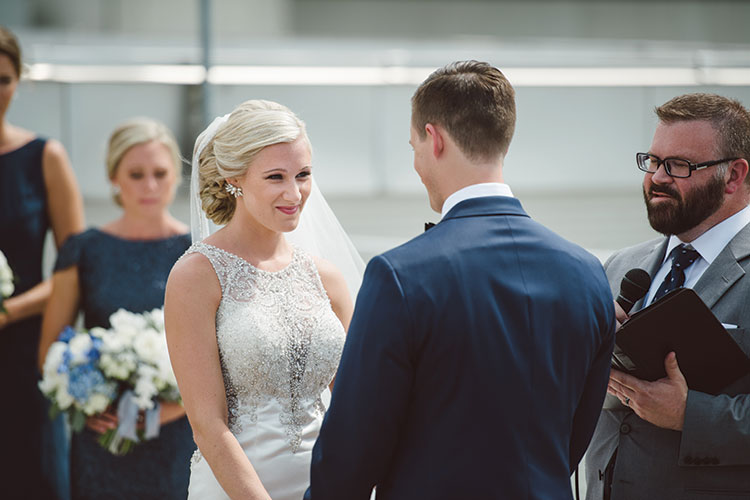 When Travis Met Kierstin.
Travis Mitro and Kierstin Wilson didn’t know the invitation from mutual friends for dinner and drinks was a setup.

“There were three other couples, and we were the only two singles,” Kierstin says. “It was pretty obvious what we were there for.”

Once she and Travis began to talk, everything clicked.

“It was June 2013, my senior year of college. Travis had already graduated [and had landed] a job in Pittsburgh. While I was looking for jobs, my search filters didn’t leave the radius of Pittsburgh because I couldn’t imagine leaving Travis,” she says. “We both came to the realization that our lives were with each other, and Pittsburgh was just the first chapter.” 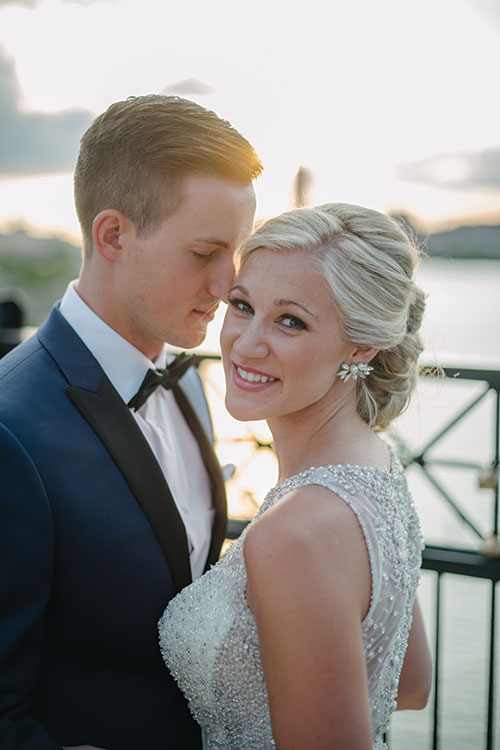 She Said Yes.
Kierstin had an inkling a proposal was on the horizon, but she had no clue it would involve some of her favorite country singers. Unbeknownst to her, Travis had arranged a scavenger hunt that began when she received a notification on Facebook and Instagram that she had been tagged in a video. It was from artist Chris Janson, telling her to go find clue No. 1. That led to a series of more videos and clues from other artists, including Blackjack Billy, Mo Pitney and Charlie Worsham.

“I was told to pick out a new outfit, get my nails done and finally go to the North Shore where my aunt and uncle dock their boat,” she says.

There, Travis was waiting, and when they boated to Point State Park, he got down on one knee. 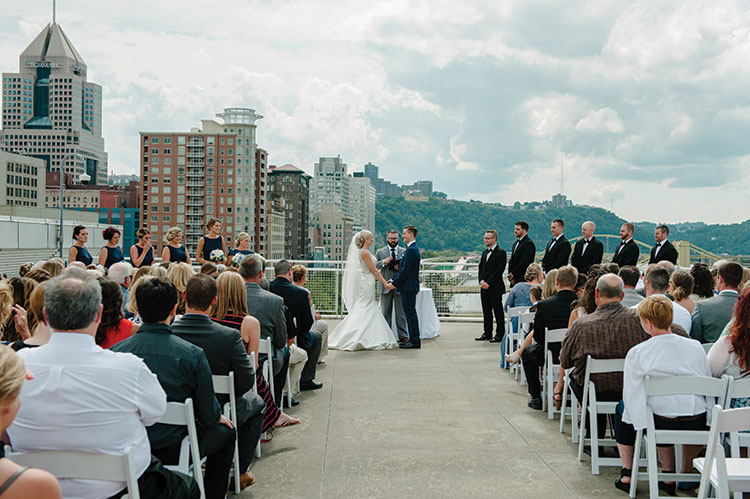 The Big Day.
Because Kierstin always had wanted an outdoor wedding and was looking for an unconventional location, the couple decided to hold their ceremony on the rooftop of the David L. Lawrence Convention Center. Afterward, they boated down the river to the spot where Travis had proposed and uncorked a bottle of Champagne. 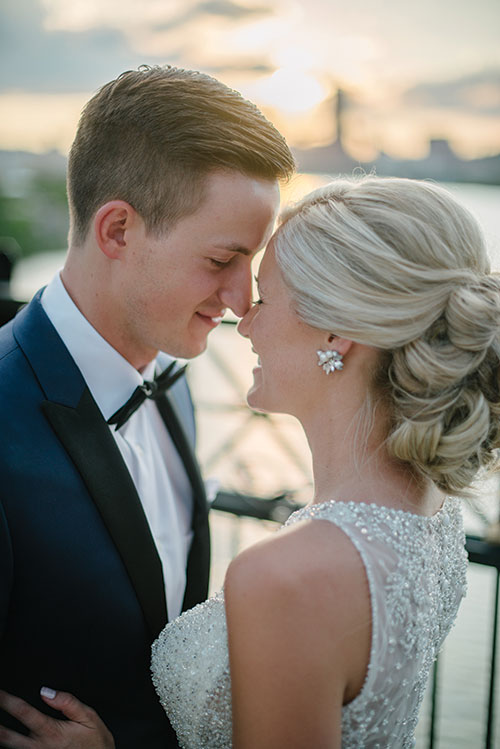 Happily Ever After.
During their rehearsal dinner, Travis, 26, surprised Kierstin by announcing he was taking her to Paris for an October honeymoon. Having closed on their new house on Mount Washington three days before the wedding, the couple and their Yorkie Poo, Jax, have enjoyed settling into their new life together. Kierstin, 24, works for the Pittsburgh Symphony Orchestra, and Travis works for SAP Ariba.