The pop-up gift shop in the historic Oliver Building will be open through the end of the year. 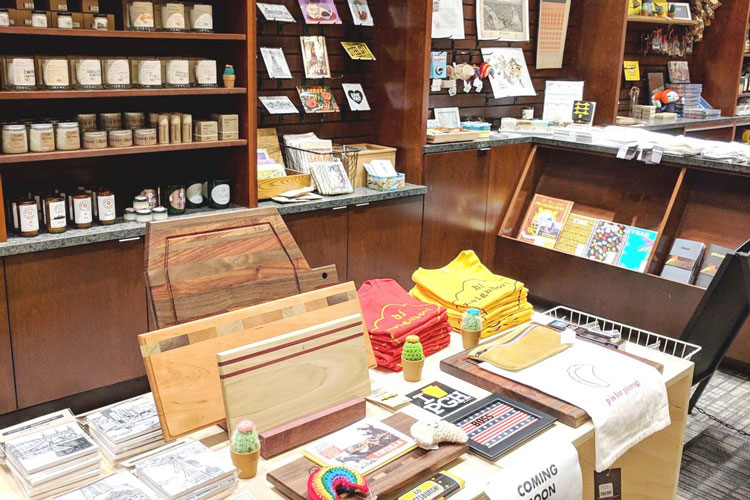 Now you can love Pittsburgh three times as much.

On the last day of June, Monica Yope and Kelly Sanders opened a third location of love, Pittsburgh, their retail store carrying items made by local artisans.

The new location, a pop-up shop, is located in the lobby of the historic Oliver Building, Downtown. It’s slated to remain open through the end of 2018.

Sanders and Yope — who met last year at a Creative Industries Network event sponsored by the Pittsburgh Technology Council and bonded over their adoration of the city — opened their first love, Pittsburgh location on Shiloh Street in Mt. Washington in July of 2017.

Less than a year later, the women, both artisans themselves, opened a second love, Pittsburgh, this time on Liberty Avenue, Downtown.

Like its predecessors, the third retail location will carry handcrafted gifts, home décor, candles, artwork, T-shirts and more sourced from dozens of Pittsburgh artists and makers, among them Worker Bird, Garbella, Strawberryluna and Commonwealth Press.

The Oliver Building store also will have an expanded selection of food and drink offerings. The shop hours are Thursday through Monday from noon to 5 p.m. through the end of the year.

This article appears in the July 2018 issue of Nest.
Categories: Nest