The retail shop carrying items made by Pittsburgh artisans will debut in the Cultural District this spring. 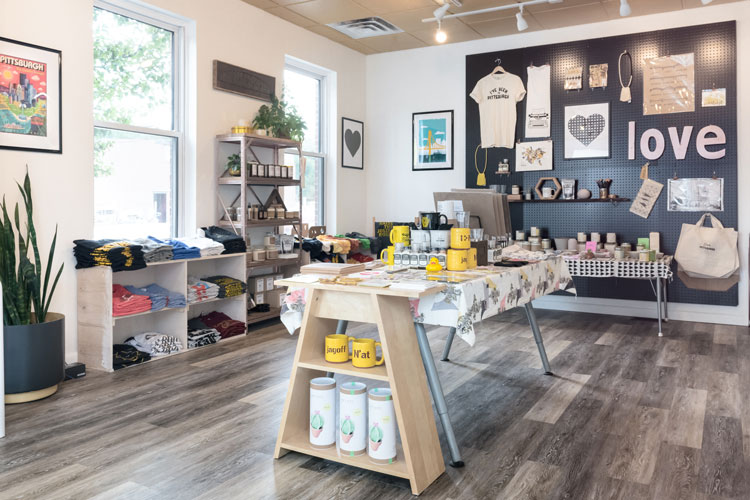 When artisans Kelly Sanders and Monica Yope met last year at a Creative Industries Network event sponsored by the Pittsburgh Technology Council, they instantly bonded over their love of cats — and the city of Pittsburgh.

A few months later, after a successful Kickstarter campaign that raised more than $8,000, Yope, the owner of Pop Craft — a popup craft workshop that takes place in local bars — and Sanders, the founder of Too Many Sparkles — a line of upcycled fabric notebooks and cards — took their love for the city of step further by opening a retail shop featuring local artisans. 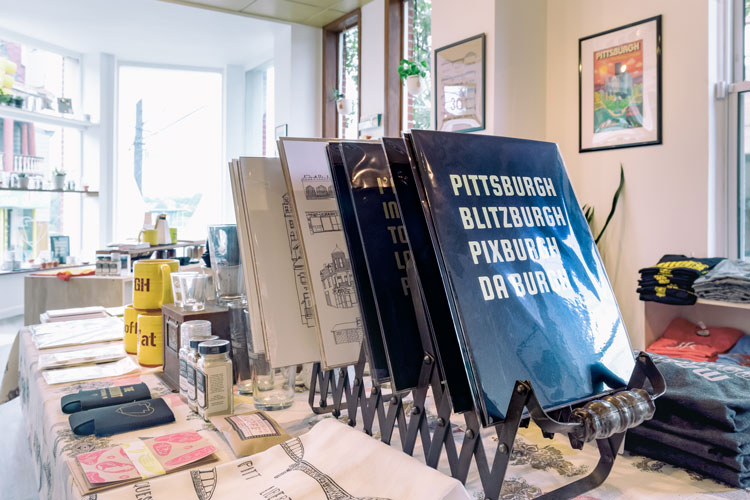 With its location near the Monongahela Incline and the Mt. Washington business district, Sanders and Yope say the shop has attracted everyone from visitors taking in the views of Pittsburgh’s skyline to neighborhood locals and beyond.

“I think everyone who was born here or lives here love the idea of keeping things local,” Sanders says.

Now, less than a year after love, Pittsburgh opened, the women are readying for a second location, this time in Pittsburgh’s Cultural District.

“It’s the heart of Pittsburgh,” Yope says. “We’re a store that celebrates Pittsburgh, so what better place to be than in the city itself?”

Located on Liberty Avenue, love, Pittsburgh will carrying the same artisans as its Mt. Washington counterpart, but with an expanded offering of fine arts. Part of the store also will be used as a gallery space.

Yope and Sanders say the shop will have a soft opening April 27 in order in time for them to participate in the Cultural District’s annual Gallery Crawl. It officially opens May 4, just before the Pittsburgh Marathon.