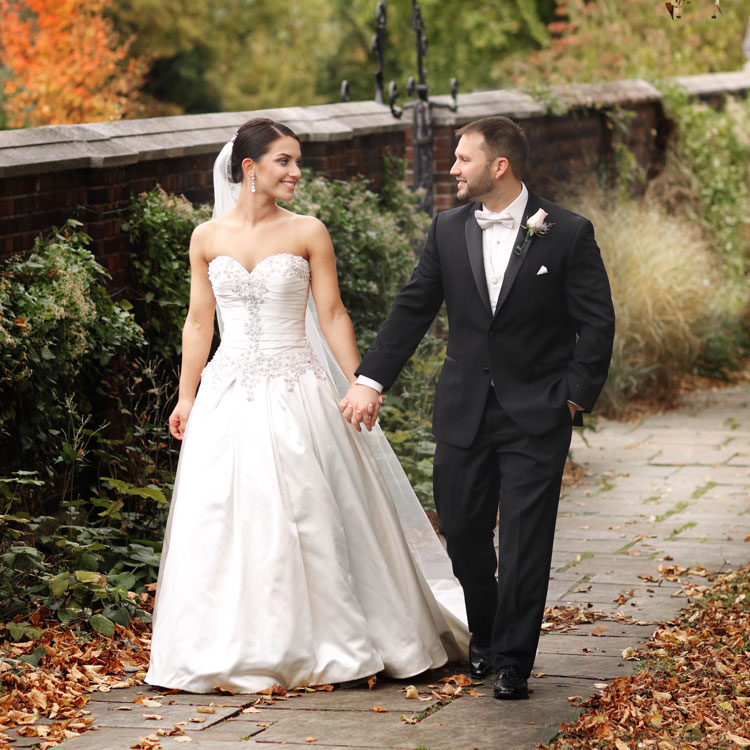 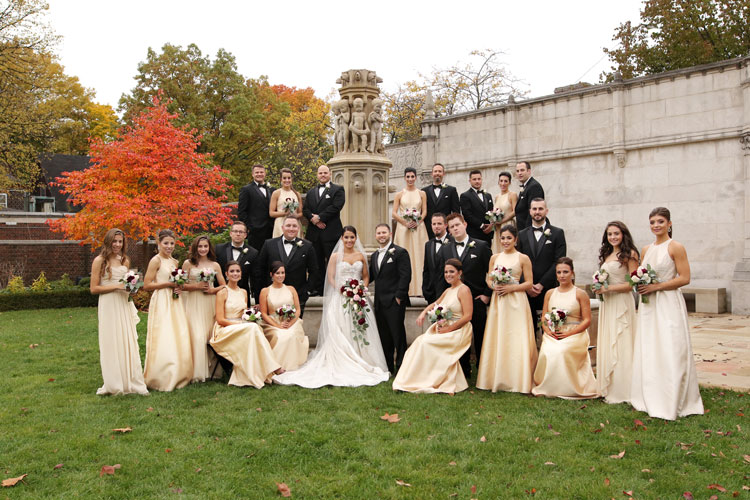 When Leo Met Gabriella.
It was the summer of 2013 and Gabriella DaPra was waitressing at Al’s Cafe in Bethel Park while attending cosmetology school. She was just about to end her shift when Leo Gigliotti, accompanied by his mother, sat down in her section. He caught her eye and Gabriella decided to stay and wait on the table. Leo, who was celebrating the closing of his first house, was equally intrigued. Noticing her name on the receipt at the end of the meal, Leo later found Gabriella on Facebook and sent her a message.

“I thought he was very cute when I was waiting on him, but I thought I’d never see him again,” Gabriella says. “So when he did message me, I was in shock but very excited at the same time.”

After weeks of conversation on social media, the two agreed to meet in person on Gabriella’s birthday at the clock building at the South Park Oval. It’s also where they shared their first kiss. 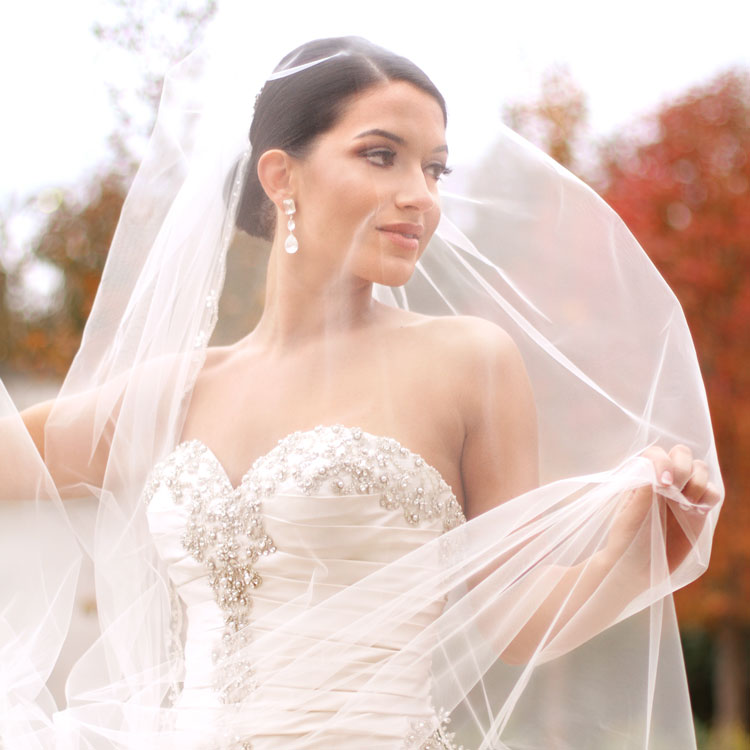 She Said Yes.
Leo, 33, began planning the proposal — which included a friend filming him as he picked out a ring — a year in advance.

Telling Gabriella, 25, that they needed to go to South Park to check out a pavilion on behalf of a friend, Leo instead drove her to the clock tower where they had their first date. After convincing her to get out of the car — it was a blazing hot day — Leo began to reminisce over their first kiss. He then pulled out the engagement ring and asked if it could be the first place where he kissed her as his fiancée.

Later, he surprised her with an engagement party at her parents’ house with 50 friends and family members. 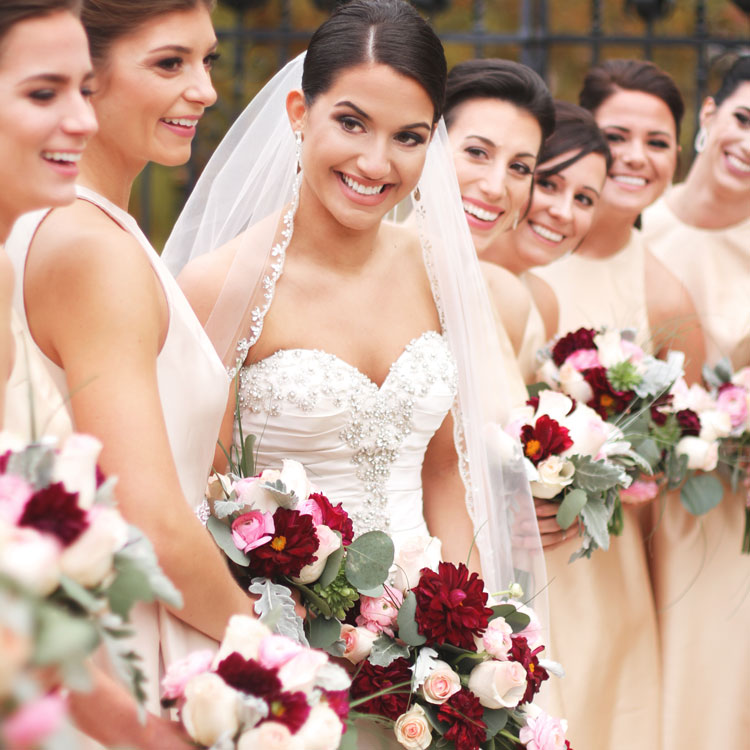 The Big Day.
Wanting a traditional, romantic wedding, the couple was married at St. Paul Cathedral in Oakland, which also is where Gabriella’s parents were married and where she and her brother were baptized. The same priest, Fr. Drew Morgan, performed all of those ceremonies for the family.

“We hope that someday we’ll be able to baptize our children there,” Gabriella says.

During their reception at the Omni William Penn Hotel, which honored their Italian-American heritage and featured an oversized cookie table, a video of their love story was shown. 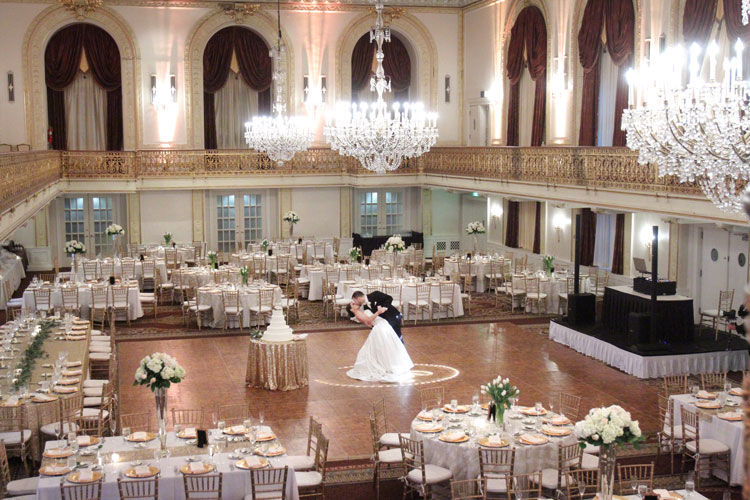 Happily Ever After.
Gabriella, a hairstylist at Geno Levi Salon in Peters Township, and Leo, who works in law enforcement, are expecting their first child, a boy, in October. They live in the same South Hills house Leo purchased on the day he met Gabriella. 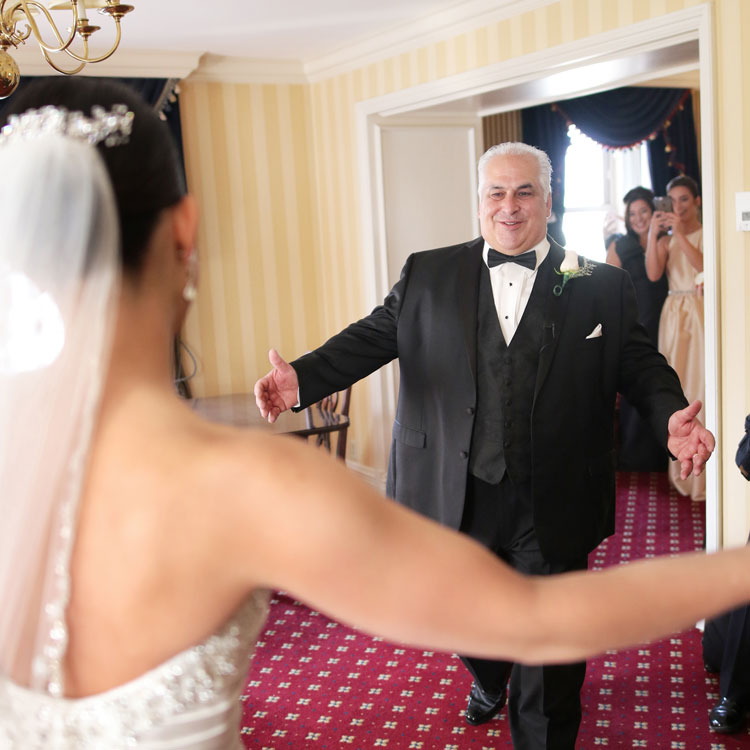