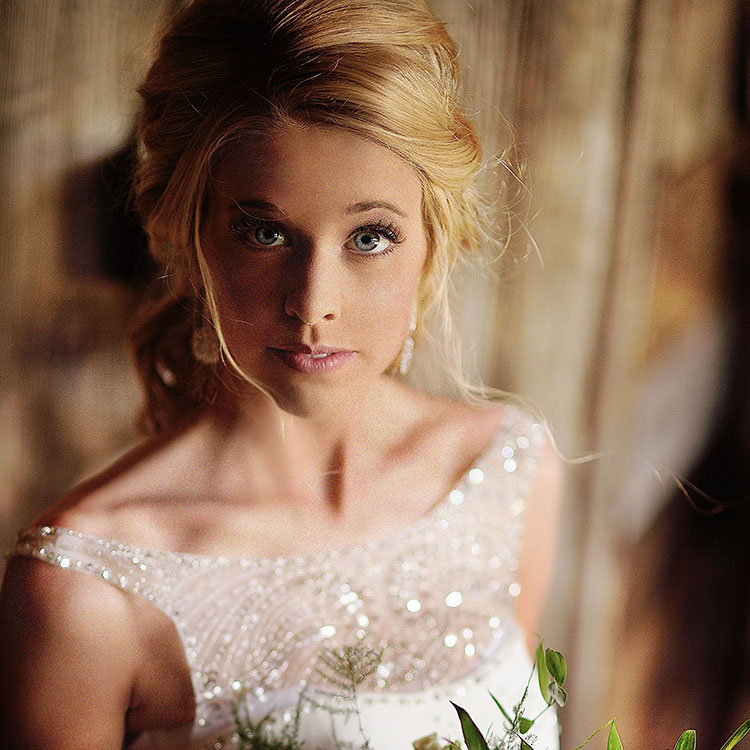 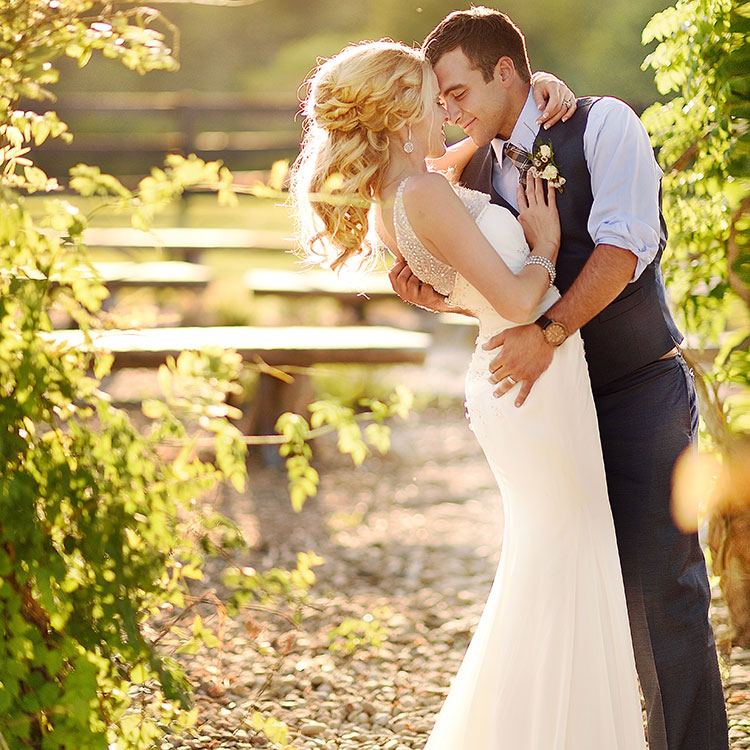 Growing up, Cassie and Nino’s parents were friends as they attended the same church in Monroeville, and the two attended nursery and Sunday school classes together as well as children’s retreats. They were always friends, but Nino realized Cassie was a catch in 2012 at her sister’s wedding.

“We always liked each other growing up, but at that wedding we just hit it off. We basically hung out the entire night and enjoyed it so much,” says Nino. 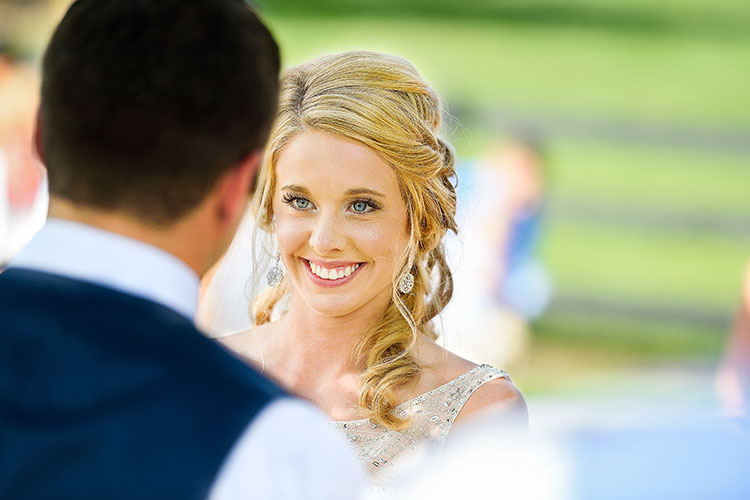 She Said Yes.
On Dec. 19, 2015, Nino took Cassie out to dinner at their favorite restaurant, What’s Cookin at Casey’s in Oakmont, and talked for the entire meal about the Christmas lights he had just put up at his home.

Thinking he was excited about the lights and not wanting to let him down, Cassie decided she would try to act excited when she finally saw them.

Nino stopped to blindfold Cassie on the drive home. When they got to the front yard, he walked her to his light display and pulled off the blindfold. In twinkle lights, he had written, “Marry me?” and he got down on one knee. Cassie said yes, and all the lights in the house came on as their friends and family, who were hiding inside, started cheering. 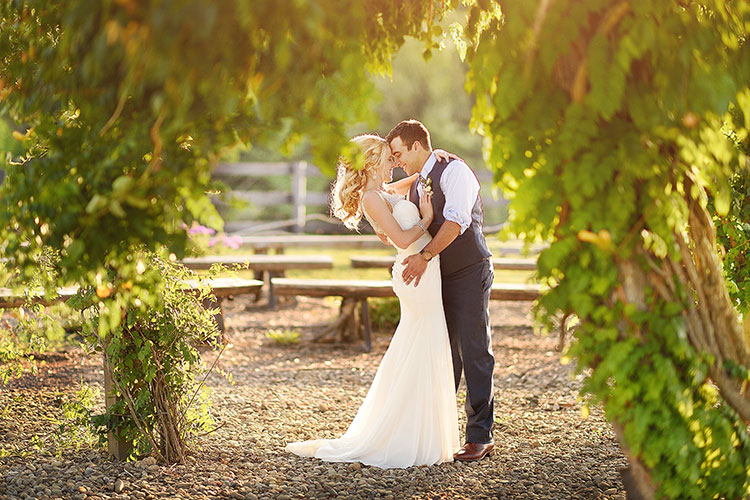 The Big Day.
Surrounded by friends and family, the couple danced, ate and laughed while enjoying beautiful September weather at The Hayloft, their indoor/outdoor venue that included a pond, firepit, cigar bar and much more.

But the couple’s favorite moment of the day was their first look.

“The first look just really let us take it all in, and both of us couldn’t take a smile off our face,” Cassie says. “Both of us were speechless for a good part of it.” 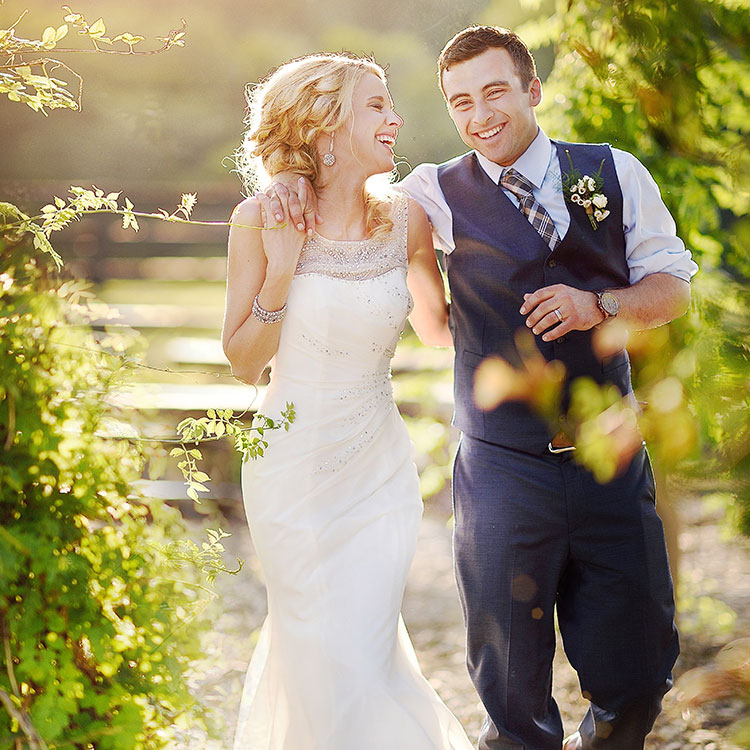 Happily Ever After.
After their wedding, the couple honeymooned in Cancun. Nino, 25, is a real estate entrepreneur, and Cassie, 26, started working with her husband four months ago. They currently reside in Plum with their yellow lab, Cooper. 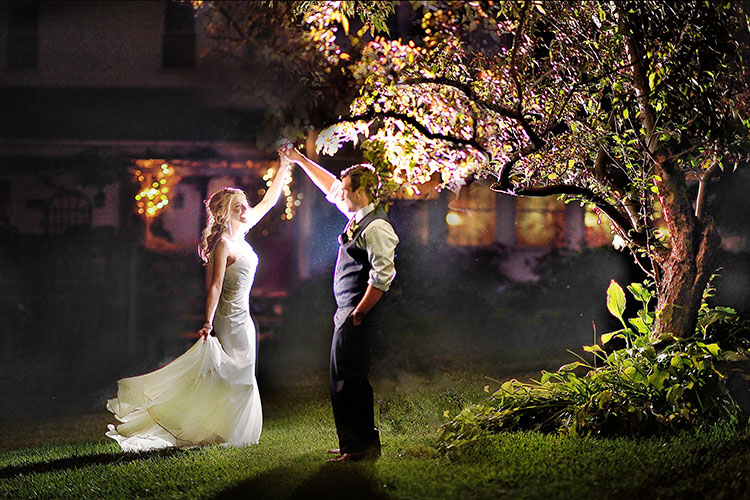