Love Cheetahs? Get to the Zoo

Pittsburgh Zoo & PPG Aquarium is home to four cheetahs who particularly like to move around in the morning. 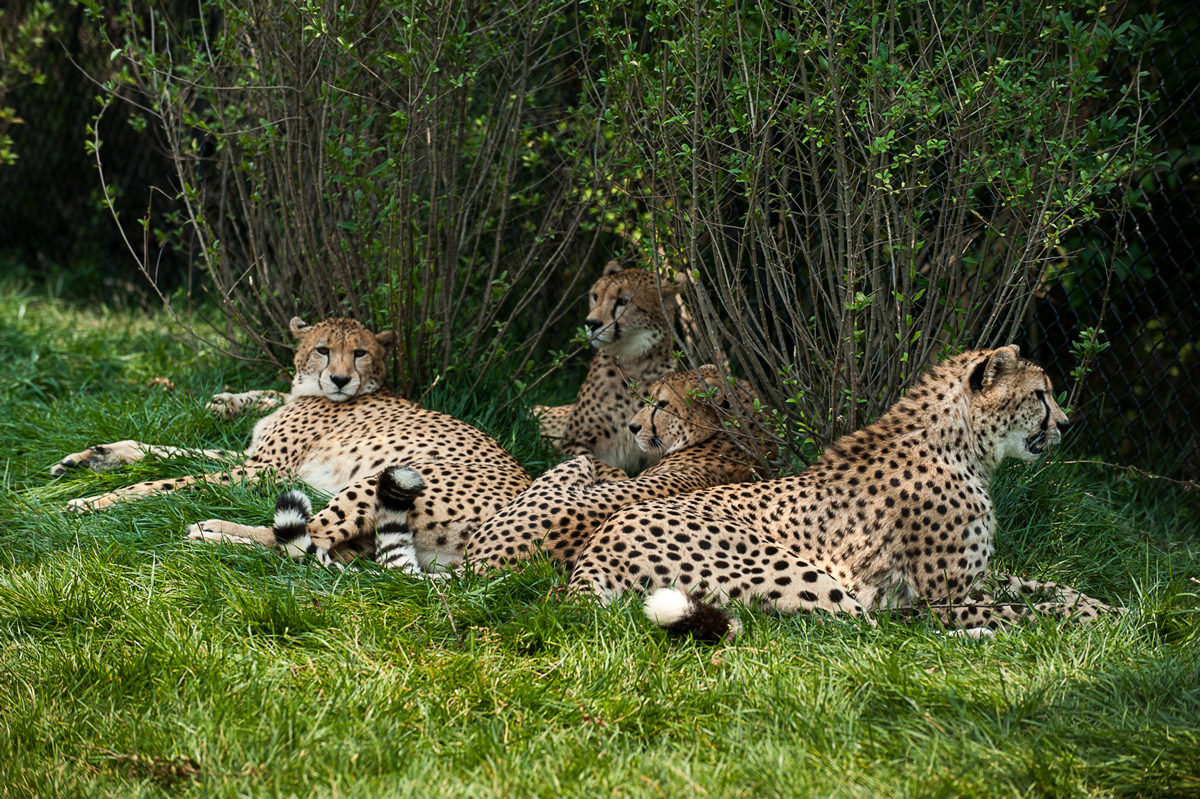 PHOTO BY PAUL A. SELVAGGIO

In our Made in Pittsburgh feature, you can discover the range of stuff that’s produced locally, from robots to ravioli. Thorough as our list is, the Pittsburgh Zoo & PPG Aquarium would like to add to it: The zoo is hoping some newborn cheetahs will be made in Pittsburgh as well. Four 2-year-old cheetahs, donated by a reserve in South Africa, made their formal debut at the zoo on July 25. The two males and two females represent two potentially viable breeding pairs, a rarity for this endangered species (fewer than 2,000 remain in the wild). Though tiny cheetahs are not a guarantee, due to breeding difficulties unique to the species, zoo staff are optimistic.

“These four animals are so valuable that we’ll find ways to breed them,” says Ken Kaemmerer, the zoo’s curator of mammals. “We’ll have some of their offspring here at some point in the future.”

In the meantime, you can visit the big cats now. A newly designed habitat offers great sightlines through 11 feet of vertical steel-mesh fencing into an expansive area dedicated to the quartet. Kaemmerer adds that the cheetahs are most active between 9 and 10 a.m., so get to the zoo early if you’d like to see the fastest mammal in action.

The 10th annual Voices Carry for Auberle will be held tonight at Stage AE from 6:30-10:30.﻿ WDVE’s Randy Baumann will host the event that'll feature 20 musical acts from a variety of genres.

Voices Carry benefits Auberle, an organization that helps at-risk youth and families by offering addiction help, mental-health services and more. 2013’s bash raised more than $130,000 for the organization. With a little help, this year’s hopefully will prove to be just as successful.