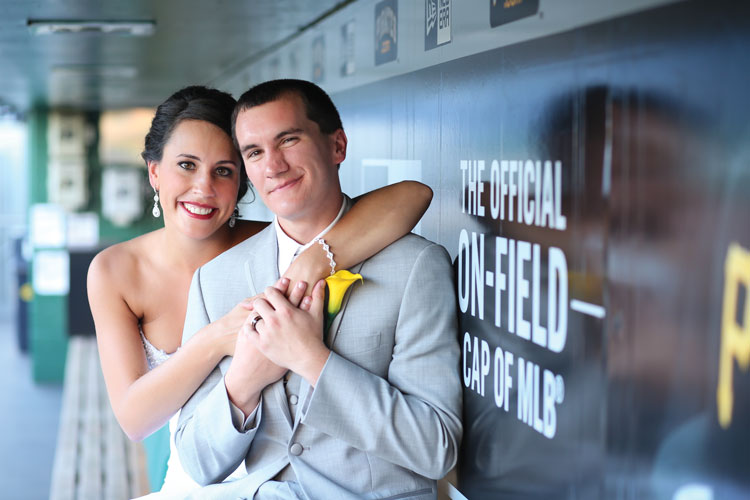 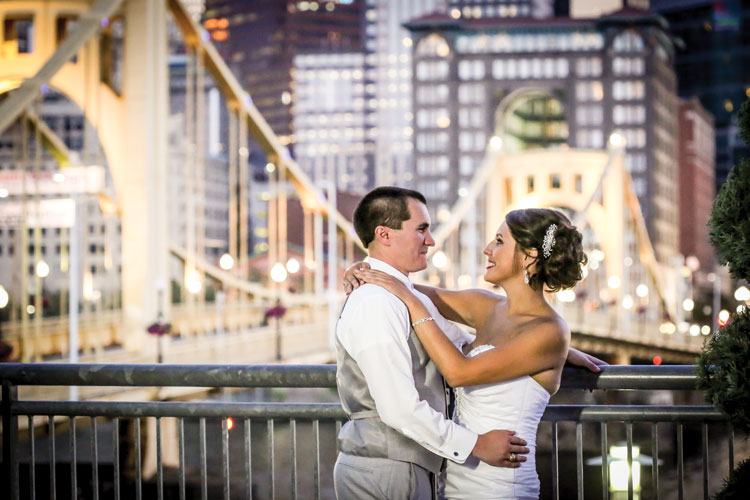 When Justin Met Briana
Justin Harsany is a native of Texas, but he rooted for the Pittsburgh Pirates when they played his hometown Houston Astros in 2010 at PNC Park.
Perhaps that was a sign that Briana Miller, a native of Jefferson Hills, was meant to be the future Mrs. Harsany. It was the couple’s first date, three years after meeting through Justin’s college roommate, a childhood friend of Briana’s. She and Justin, who was attending Texas A&M University, connected on Facebook in 2007, then met in person the next summer when he came to Pittsburgh to visit. The two hit it off but weren’t sure they’d see each other again. Then, in 2010, Justin moved to Pittsburgh for a job in the oil-and-gas industry, and that fueled the romance. 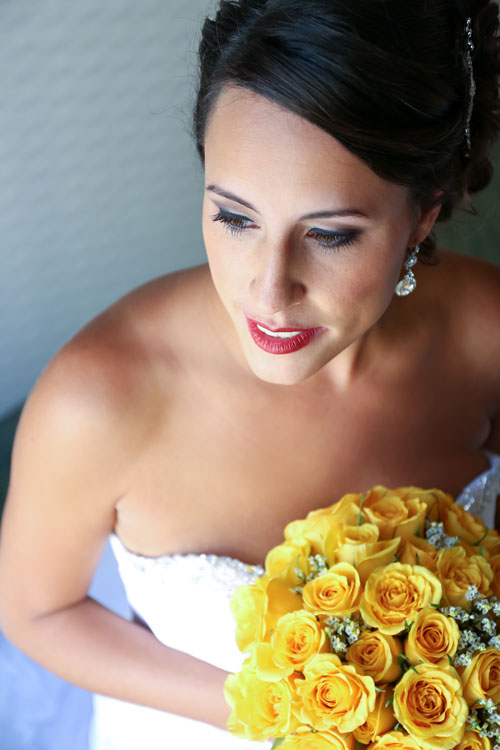 She Said Yes
Justin played a trick on Briana after she found an engagement ring she loved, telling her it was too expensive. She was disappointed, but she didn’t know that the very day she saw the ring — a cushion-cut, 1-carat diamond inside a halo — Justin secretly ordered it to be custom-made. As Briana slept one night in summer 2014, Justin quietly slipped the ring on her finger.

“I woke up and I looked on my hand, and I thought, ‘Oh my goodness,’” says Briana, a freelance television producer for various stations. “I thought I was dreaming.” 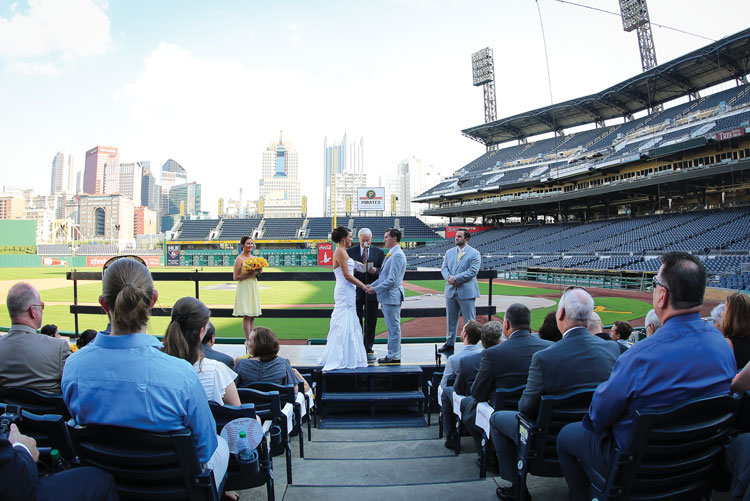 The Big Day
The baseball-loving couple, now both 27 and living in Kennedy Township, said “I do” on Aug. 15 at the place where the romance started — PNC Park, with the ceremony right on the dugout. The 200 guests sat in the park’s fan seats, then adjourned to Rivertowne Brewing Hall of Fame Club for the reception. The “toned-down-yinzer” color scheme included yellow dresses and gray tuxes. Every reception table was named after a sports team, and the music included the Aggie fight song from Justin’s alma mater. 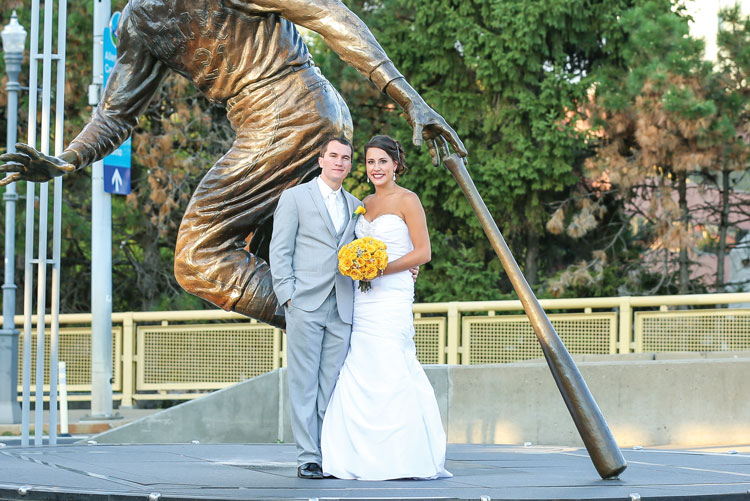