Cleveland won’t be what they could have been Sunday night due to circumstances beyond their control. The Steelers need to be all they can be, anyway, or else. 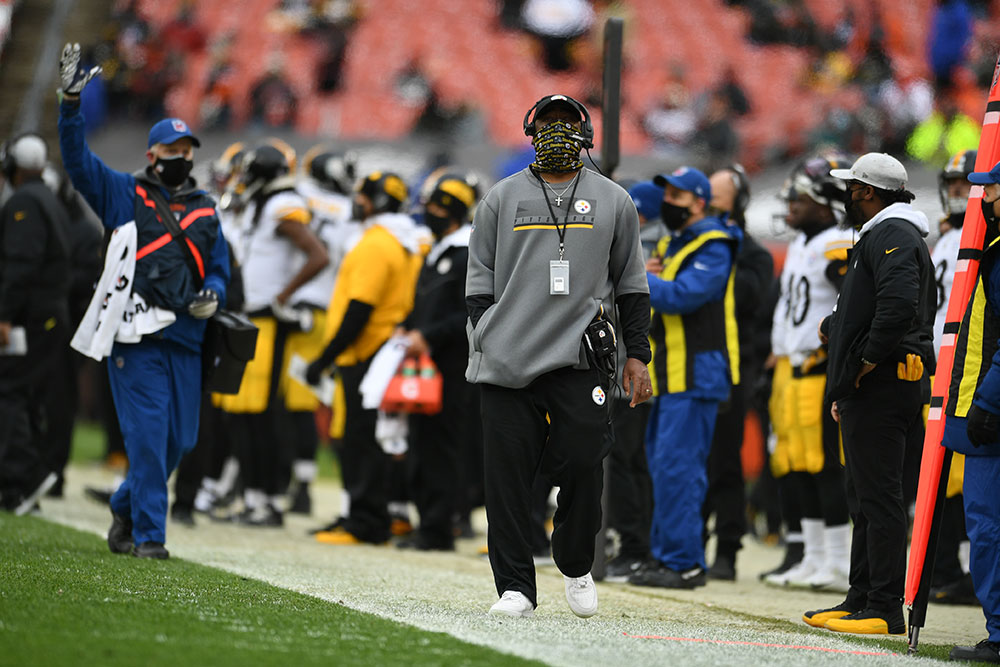 It’s an unimaginable scene this week in Cleveland, but for Mike Tomlin and the Steelers the task has become harder, not easier.

The Browns are finally back in the playoffs after two mostly-inept decades. But they’ll have to make their long-awaited postseason return – specifically at Heinz Field on Sunday night against the Steelers – without their first-year head coach, Kevin Stefanski, who might yet end up being recognized as the NFL’s Coach of the Year. Stefanski is also the Browns’ offensive play-caller and the Browns are a team that wins much more with offense than defense.

Stefanski, as you’d expect, shrugged off the development as merely the latest inconvenience the Browns would have to work around in a season of such required responses due to COVID-19.

“I don’t know up there how much their OC (offensive coordinator) is involved and those kinds of things. Some places their OC, quarterbacks coach, all those guys do everything and then the play-caller just calls it in. Not sure how they do it up there. To me, it would be a big deal not to have Coach Randy (offensive coordinator Fichtner) on game day in my ear.”

Cleveland’s offense will be directed by the backup play-caller on Sunday night.

And the Browns will be led into the biggest game they’ve ever played collectively not by their head coach but by their special teams coordinator (Mike Priefer).

I’m with Roethlisberger, I think it’s a big deal.

Cleveland will also be without its defensive backs coach and its tight ends coach because of COVID. Both offensive line coaches and the wide receivers coach missed last Sunday’s regular-season finale against the Steelers and may or may not be available for Round III.

The Browns’ best defensive back, cornerback Denzell Ward, may or may not, as well.

And his backup, Nick Harris, is on the Reserve/Injured list, as is Cleveland’s second-best pass-rusher (Olivier Vernon), among others.

The Steelers won’t be complete, either, due to both attrition and COVID.

But they’ll have their coaching staff intact. 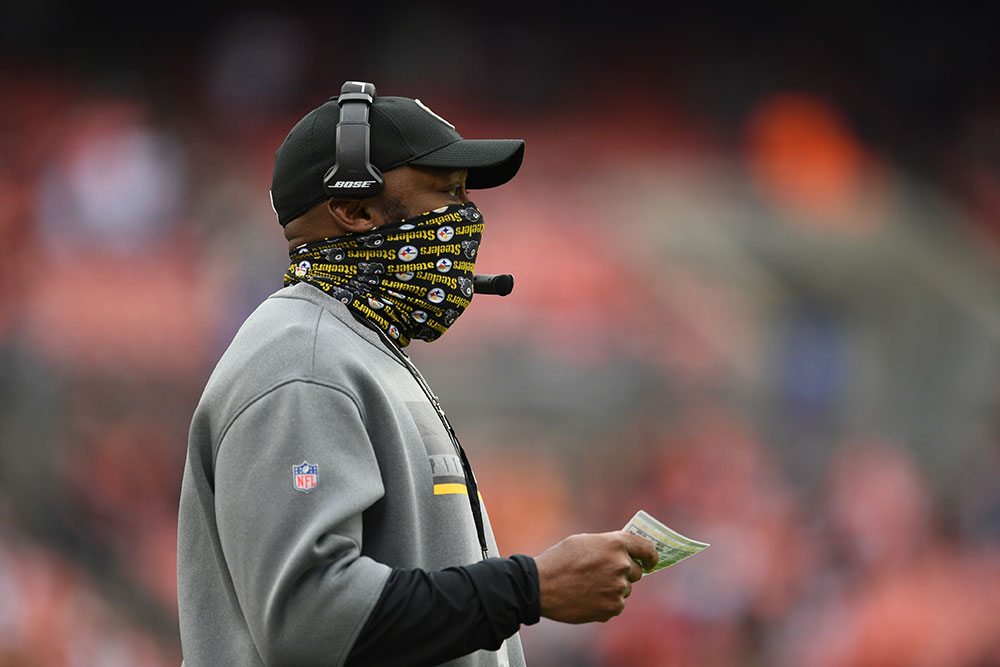 Those guys’ job this week has become selling the Steelers’ players on the concept that they could still actually lose a game in which the deck appears to be significantly if not definitively stacked in the Steelers’ favor.

The last time the Steelers confronted circumstances that were similar they failed miserably.

That was back on Dec. 2, when they finally played a thrice-delayed game against a Ravens team that had to activate 10 players off the practice squad prior to kickoff and barely won, 19-14.

That result had Tomlin fuming, even in victory.

The disappointing result was attributed by Tomlin to among other things “us sucking.”

The Steelers need to bring a lot more this time than they did that time.

That explains why Tomlin has been selling as hard as he has ever since the outset of this week.

To Tomlin, even COVID takes a backseat to the postseason.

The chance to participate – the Steelers haven’t been in the playoff the last two seasons, either – must be embraced and respected.

It cannot under any circumstances be taken for granted.

“There is a scarcity of these opportunities,” Tomlin insisted on Tuesday. “Not every team has been afforded an opportunity to work and continue to play. I’m respectful and appreciative of that. That’s one of the things that I love most about the single-elimination tournament.

“Man, this precisions opportunity that we are all getting, an opportunity to live out and pursue our dreams, I don’t know that it feels any different.”

Such opportunities, COVID influenced or otherwise, are not to be squandered.