Cast members Sofia Bryant and Richard Ellis say Pittsburgh and nearby Brownsville were the perfect settings for the supernatural drama. 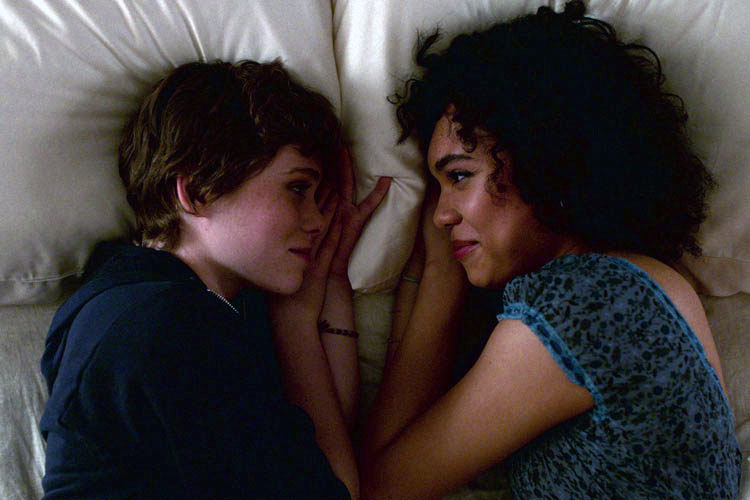 The new Netflix series “I Am Not Okay With This,” filmed in western Pennsylvania, has plenty of ties to uncanny adolescent tales. Its producer, Shawn Levy, is one of the creative forces behind the mega-hit “Stranger Things.” The show’s stars, Sophia Lillis and Wyatt Oleff, are best known as two of the monster-clown-battling teens in the “It” movies. And its most obvious point of reference — connections apparent from the first scene — is the great tale of tortured teen telekinesis, “Carrie.”

Series co-star Sofia Bryant says the connection is far from a coincidence. “It’s almost like a metaphor for growing up — because our show is really about growing up first,” she says. “Sydney experiences her powers when she has heightened levels of emotion … it kind of symbolizes that.”

In “I Am Not Okay With This,” Sydney (Lillis) begins having uncontrollable bursts of psychic power following the death of her father. For the sheepish teen, that is but one problem of many; she’s not getting along with her mother (Kathleen Rose Perkins), the boy down the street (Oleff) is awkwardly trying to woo her, her best friend (Bryant) is dating a lunkhead (Richard Ellis) and she doesn’t have all the answers about her father’s death.

On top of all that: mysterious psychic powers.

The young-adult setting makes the supernatural elements easier to play with, says Ellis. “There’s a kind of suspension of disbelief among teens,” he says. “They’re a little more willing to believe. As adults, you kind of lose the sense of believing in the impossible.”

Brownsville, Fayette County, provided the exterior setting for “I Am Not Okay With This.” (Interior scenes were filmed at locations throughout the area.) The town’s hardscrabble present makes for a more realistic and relatable setting, according to Ellis.

“You don’t see a lot of young-adult stuff that’s portrayed in this setting. Things are usually fresh and sparkly and amazing, fairy tale-esque; [in contrast,] this is what life is like for a lot of the country. To be able to portray that is something special with this series.”

The collision between modern teen reality and a sort of throwback sensibility is deliberate; Bryant says director/creator Jonathan Entwistle frequently described the show as “‘Lady Bird’ and ‘X-Men’ in a John Hughes bow.” Such influence arithmetic is often trotted out by new shows; in the case of “I Am Not Okay With This,” however, that description fits perfectly.

“The feel of the show is very vintage,” Bryant says. “It’s very timeless … and [Pittsburgh and] Brownsville were great in that sense.”

The seven-episode first season, which debuted on Netflix on Wednesday, Feb. 26, is not presented with a neat conclusion; without wading into spoilers, the season ends on a cliffhanger. (There’s also more story in the source material, a comic series of the same name by artist Charles Forsman.) Does that ending mean more paranormal exploits on the streets of western Pennsylvania in the near future?

“We can hope!” Bryant exclaims. For now, however, “we’re so stoked that people are already excited about the show.”