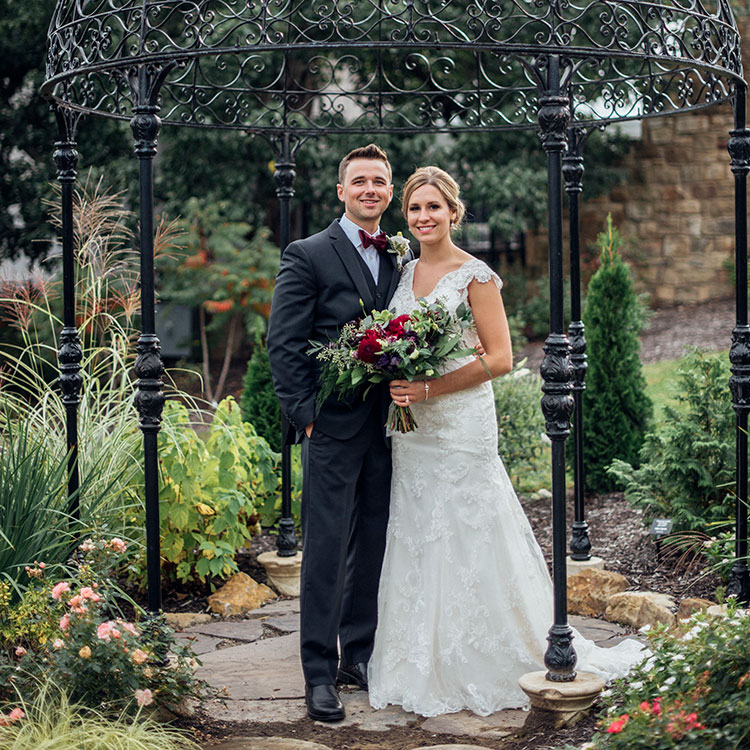 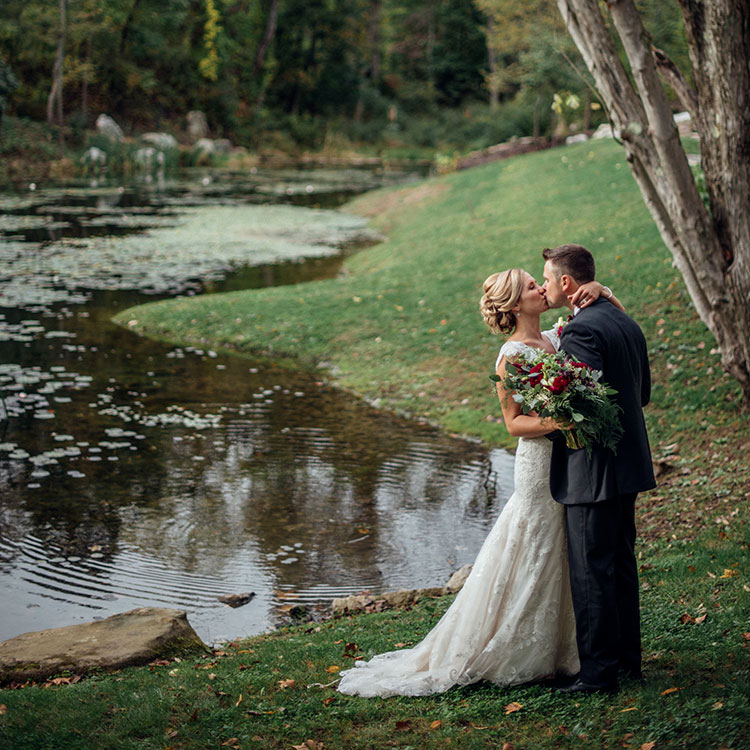 When Steven Met Audrey.
Steven Tracy met Audrey Cope when in fourth grade at Mars Area Elementary School. They were friendly through middle and high school but didn’t really get to know each other until the end of their senior year while attending friends’ graduation parties.

“I told my mom, ‘I don't know where Steve Tracy has been all my life,’” Audrey says. “But I remember I said, ‘He’ll be in my life for a long time.’ And at the time I just thought it would be as good friends, but I didn’t know it would become more than that.”

They planned on going their separate ways for college, but the pair realized they liked each other too much to let their budding relationship go.
“She’s one of the coolest girls I’d ever met, so it was just exciting to hang out as much as we could, and we never stopped,” Steven says. 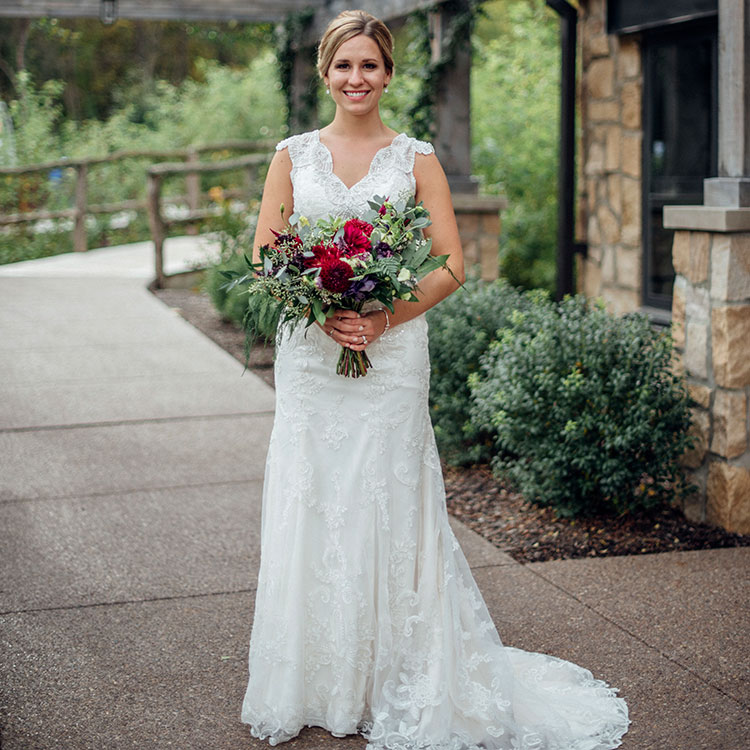 She Said Yes.
Audrey planned a vacation to Niagara-on-the-Lake in Ontario to see Mumford & Sons to celebrate Steven’s birthday and college graduation. Steven, who had had an engagement ring for months, was waiting for the perfect moment to give it to her.

Before they visited some local wineries, Steven convinced Audrey to go on a walk in the park. He made a point to take his rain jacket.

“Steve said, ‘Hold on, I gotta grab my rain jacket,’” Audrey says. “I did think that was odd because it had stopped raining and was a beautiful day without a cloud in sight.”

Steven successfully hid the ring box in his jacket and kept Audrey’s suspicions at bay until he let go of her hand, walked off of the path and dropped to one knee. 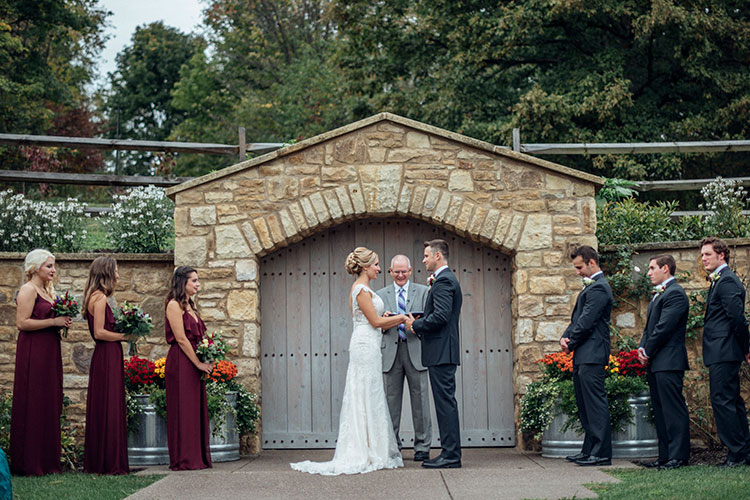 The Big Day.
The couple couldn’t imagine celebrating the new chapter of their lives without their dog, a rescue Labrador mix named Luca, and made him a groomsman. He walked down the aisle with Steven’s dad, and the ring bearer, the 3-year-old hockey-loving son of Audrey’s best friend, was nervous to walk down the aisle, so Steven created a hockey stick for him to hold on his trip to the altar.

A wall in the reception hall was decorated with photos of family members who had passed and weren’t able to celebrate the big day. Decorations for the photo booth and on tables were a nod to the nickname Steven’s father gave the couple: Aud and Even.

“Steven’s dad said, ‘I knew someone growing up named Audrey, and they’d always tease her and call her Aud,’ and he got to thinking, ‘Even Steven,’” Audrey says. “‘So I immediately thought you guys were the perfect couple, being Aud and Even,’ he said.” 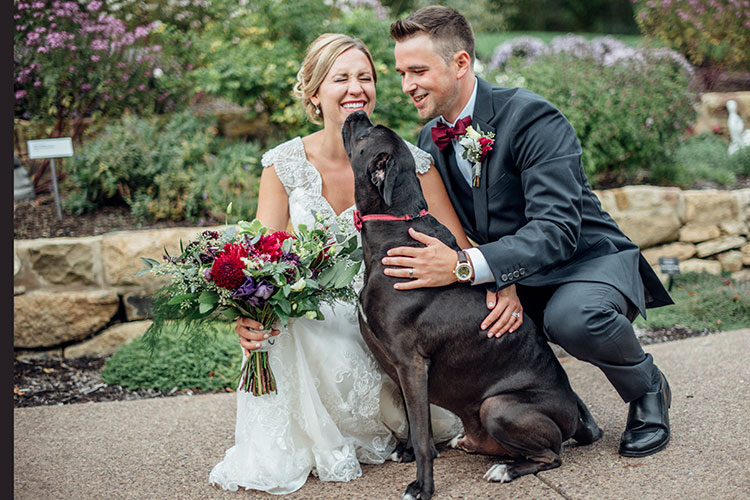 Happily Ever After.
The pair honeymooned in Greece and then returned to their home in the Strip District, where they live with Luca and their other dog, Romy. Audrey, 26, is a physician assistant at Children’s Hospital of Pittsburgh of UPMC, and Steven, also 26, is an accountant for PricewaterhouseCoopers. 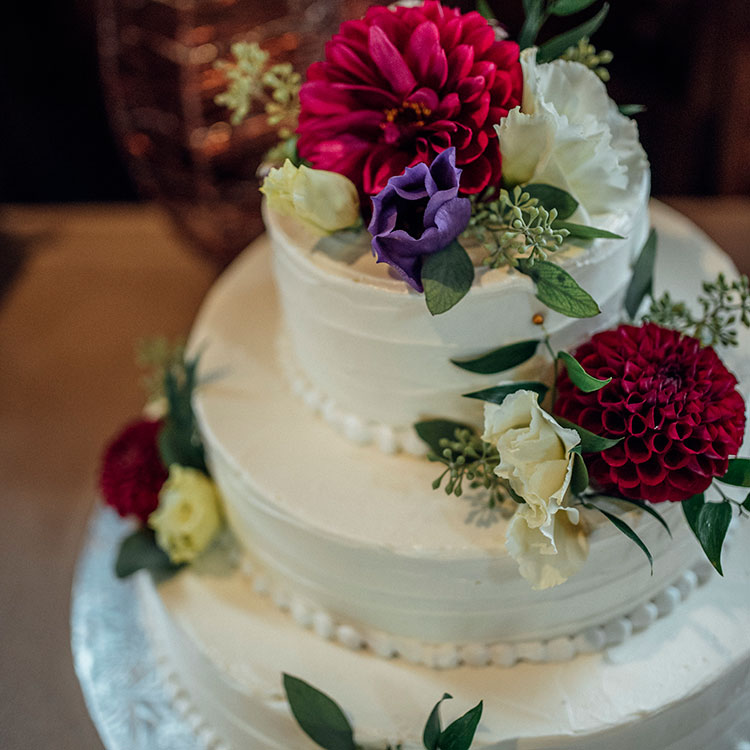