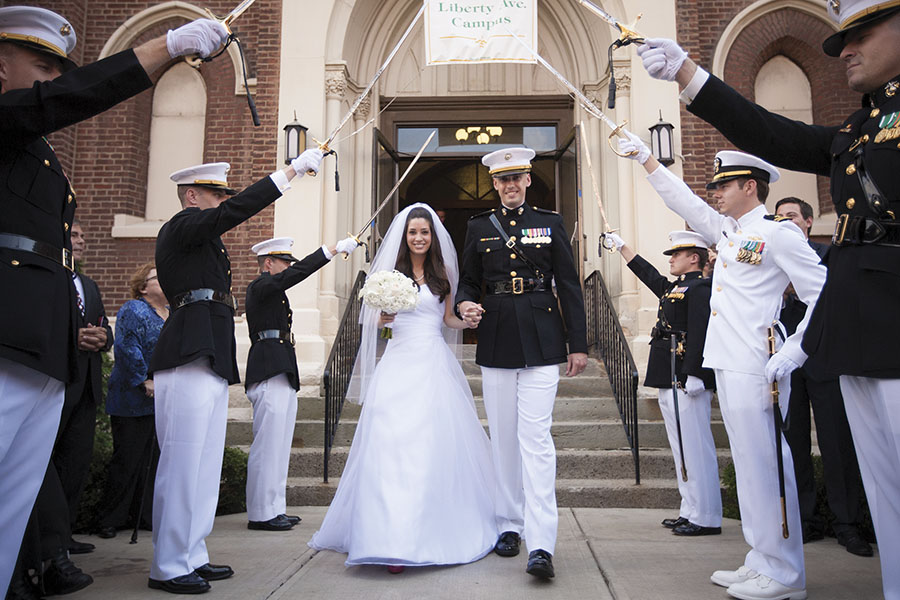 David Ryan Coogan, a U.S. Marine Corps captain, has drawn his sword. He’s protecting his new bride, Leigh Argentieri, from the bronze jaws of the University of Pittsburgh panther.

“It’s the one photo Dave really wanted to get,” Leigh says with a laugh as she and her husband recount their wedding day.

Leigh, 26, and David, 28, are Pitt law students who live downtown. They met at orientation and shared all of their first-year classes.

“We were definitely friends first,” says Leigh. “It’s the foundation of our relationship.” 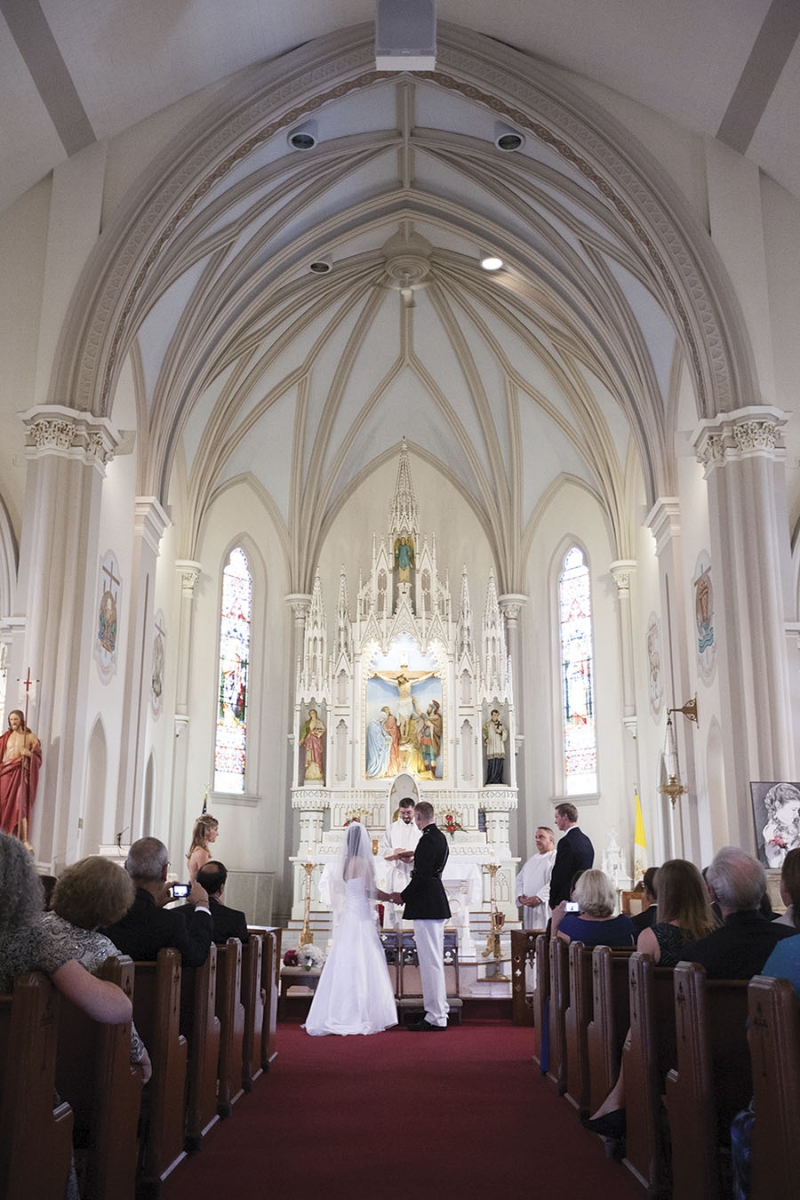 The two began spending more time together as they took the helm of Pitt Law’s Veteran’s Legal Practicum, which primarily helps military veterans file for disability benefits. The tasks don’t involve directly practicing law but are heavily bureaucratic. With the assistance of a professor, law students can do valuable work there.

“I’m a Marine,” says Dave. “I wanted to use my time in law school to do something for the veterans community.”

Leigh nods. “It’s a mentality to say, ‘Thank you for your service,’ but not as many people do something about it. I wanted to give back.”
Collaborating on the practicum showed the pair they made great work partners and friends. 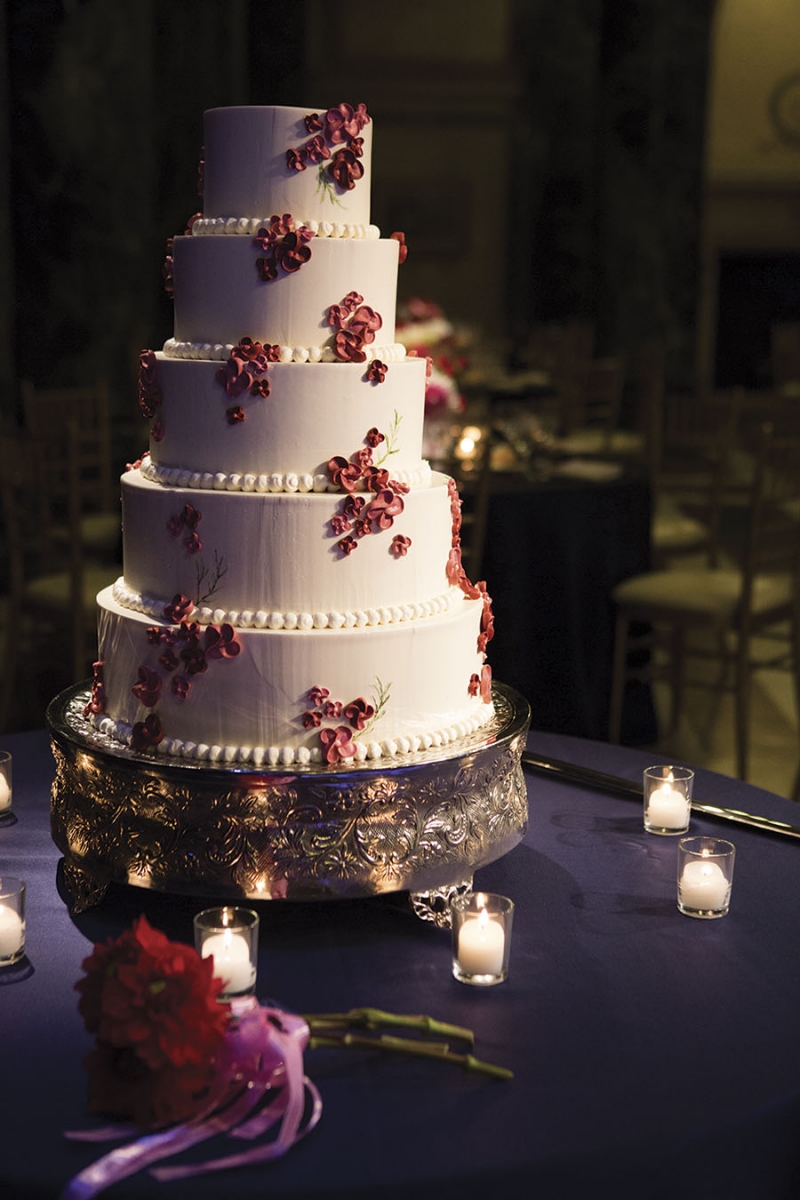 “We were both very driven with our work, but we also just had fun together when that was over,” says Dave. “I could just see myself being with someone like Leigh — we could work together on something but still have a great time and enjoy each other’s company.”

Leigh and Dave say they have very different styles, so wedding planning was an exercise in fusion. The one thing both agreed on was their desire to showcase the city: The ceremony took place in the heart of Bloomfield at the Liberty Avenue campus of St. Maria Goretti parish, and the reception unfolded in the foyer of the Carnegie Music Hall of Oakland, with an overflowing cookie table to one side. 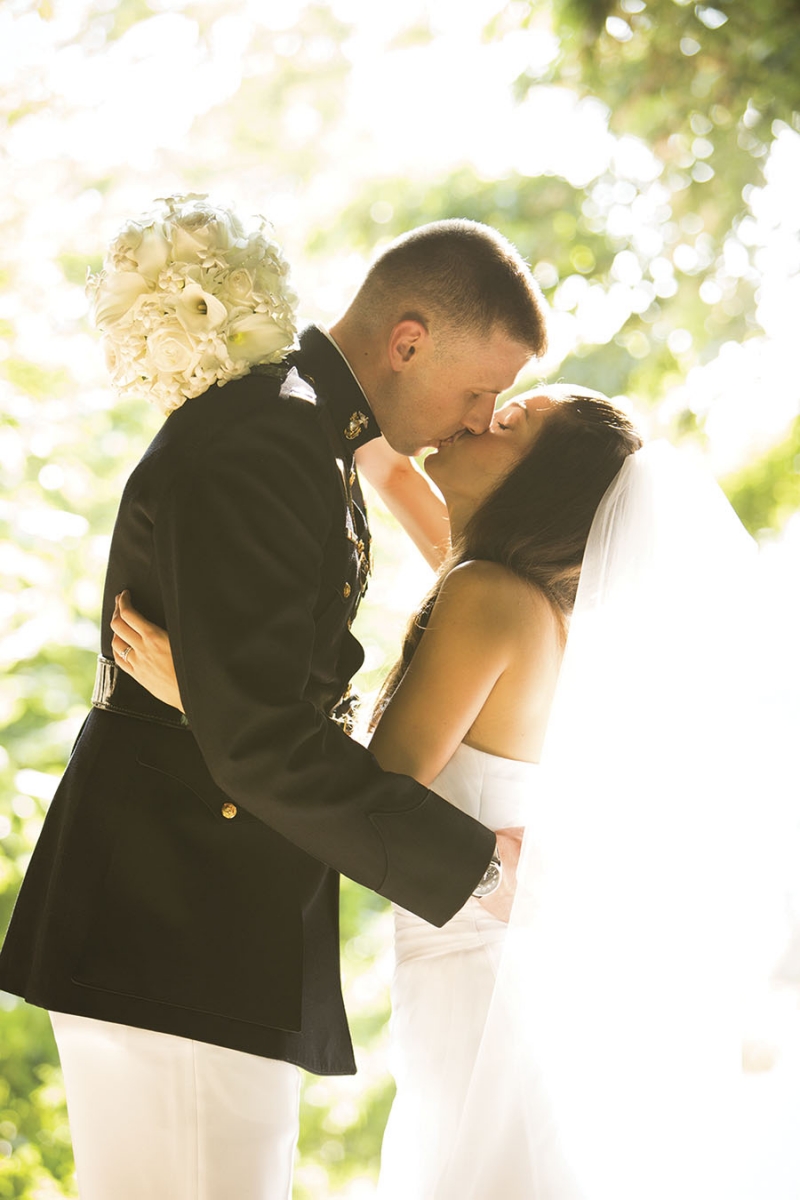 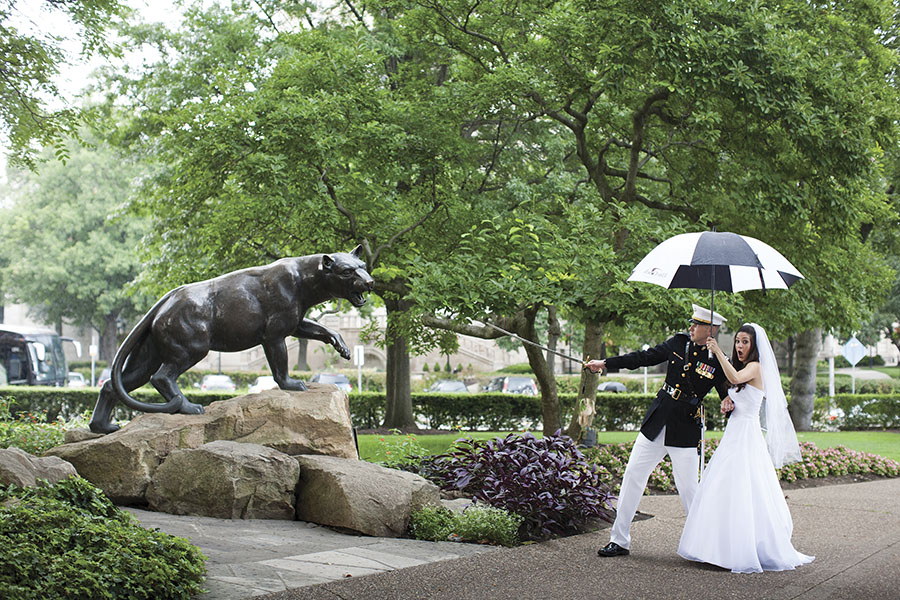