Leave Your Kids at Home and See 'Deadpool'

The R-rated superhero flick is foul-mouthed fun. Plus reviews of "How to Be Single," "Where to Invade Next" and more. 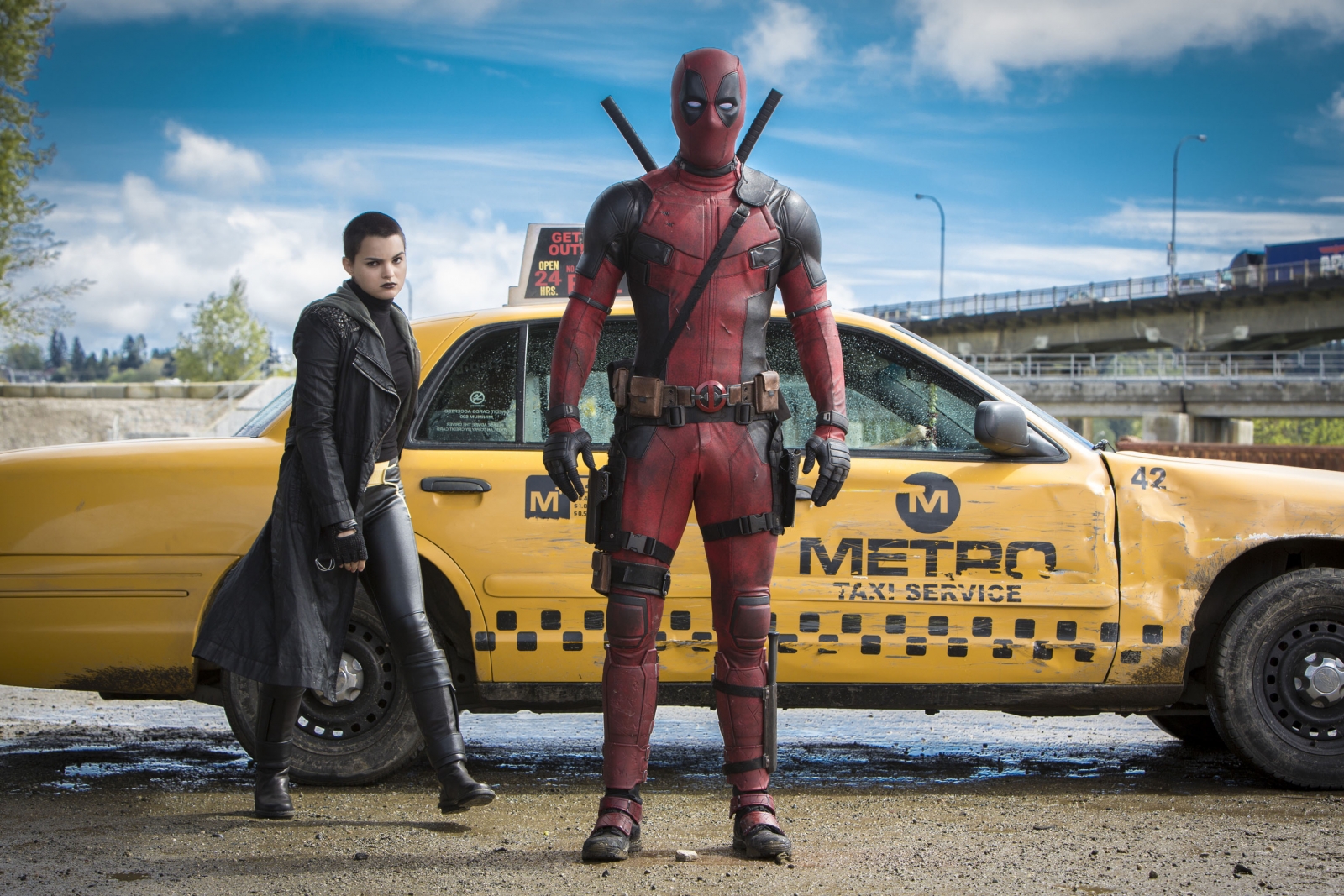 It should go without saying to anyone exposed to a single frame of the film’s marketing campaign, but just to be sure: “Deadpool” is not for children. It is a stunningly violent action comedy loaded with gleeful vulgarity, near-constant nudity, sophomoric humor and shameless gunplay.

But for those of legal voting age with a strong constitution and a sense of humor, “Deadpool” is a much-needed antidote to the constant flood of PG-13 rated, all-audiences hero flicks. The Marvel comic-book character first appeared on the big screen as a villain in “X-Men Origins: Wolverine,” but he gets the full origin-story (slash revenge-tale) treatment here under the direction of Tim Miller, an Oscar-winning animator working on his first full-length feature.

Wade Wilson (Ryan Reynolds), a former special ops soldier turned mercenary, falls in love and receives a terminal cancer diagnosis within the space of a few months. He takes a mysterious stranger up on an offer to obliterate the cancer in exchange for accepting a gig as a mutated super soldier, only to discover that the sadistic administrator of the transformation has other plans. Fortunately, the treatment works; Wilson is badly deformed, but granted superhuman strength and something close to invulnerability. He dons a mask, calls himself Deadpool and sets out for revenge.

The film’s entire mission is to serve as a fourth-wall shattering rebuke to the necessarily watered-down action and humor endemic to most superhero flicks. It is at its best when it is at its most self-referential and ill-mannered. The story at its core is cookie-cutter stuff, but enough of the jokes hit that you won’t notice. It isn’t often that something this foul is so refreshing.

But seriously: Leave the kids at home.

“Deadpool” isn’t the only R-rated comedy out this weekend, although the genre and the rating are about all that the two films have in common. “How To Be Single,” a light comedy written by romcom scribes Marc Silverstein and Abby Kohn (“Never Been Kissed,” “Valentine’s Day”) with Dana Fox, is “Sex and the City” by way of the Apatow flicks: A quartet of young New York women espouse their theories on how best to find love, with frequent stumbles along the way. There’s a good comedic pairing here in Dakota Johnson, as a recent college grad taking a break from her white-bread boyfriend, and Rebel Wilson, as an unabashed party fiend; it’s also nice to see a storyline about the decision to become a single parent, as Leslie Mann (as the older sister to Johnson’s character) decides to have a baby on her own. But someone forgot to connect the fourth lead, Alison Brie as an online-dating obsessed wannabe bride, to the other three; her character’s connection to the plot is loose at best. And while “How To Be Single” definitely has its heart in the right place — the characters are more respectfully handled than those in just about any romance I can name — the jokes aren’t quite there. It’ll do for a streaming pick on a sleepy afternoon, but I wouldn’t recommend anyone trek out to the theater for it.

Also out, and very different: Michael Moore’s latest documentary, “Where to Invade Next.” In this somewhat more light-hearted bit of social commentary, Moore travels around the world to investigate how other countries manage to pull off tricks that seem far-fetched to Americans, such as copious paid vacation and parental leave for all, total drug decriminalization and free college tuition. (The gimmick is that Moore is going to “invade” each country and claim their bright ideas for our own use.) It’s more of a review of thoughts than one cohesive idea this time around, but the film certainly serves as a fine reminder that other places do successfully implement ideas different than those that define American society. And it’s by turns entertaining and revealing to see the shock and confusion that non-Americans express at the domestic way of doing things. As always, Moore will be preaching to the choir with this one, but those who’ve enjoyed his work in the past will likely be pleased.

I should note that there was no local screening of “Zoolander 2,” which also hits theaters nationwide today. This is not a case where the studios are hiding a dud from critics; from time to time, Hollywood arbitrarily decides that Pittsburgh doesn’t really need a sneak preview of a certain film. Released a full 15 years after the original film, “Zoolander 2” reunites the original cast, including Ben Stiller, Owen Wilson and Will Ferrell; while I can’t testify personally, early notices elsewhere have not been good. Writing for the Washington Post, Ann Hornaday called it “the kind of lame, warmed-over movie that gives sequels a bad name.”

The Montage: The first concert film depicting Nashville’s famous Grand Ole Opry, “American Saturday Night: Live from the Grand Ole Opry,” returns to a few screens this weekend. (I covered its first release in December.) Click here for local showtimes … Tickets for this year’s Banff Mountain Film Festival — which were previously delayed by a ticketing issue — are now on sale. The details and links to buy are here; the fest is set for April 2-3 at the Carnegie Library of Homestead Music Hall … Oh yeah — it’s Valentine’s weekend, isn’t it? For this year’s Row House of Romance, the Lawrenceville cinema will be showing “Some Like it Hot,” “Amelie” and “The Notebook.” Row House will also be showing the hip-hop documentary “Stretch & Bobbito: Radio that Changed Lives” this week. Click here for showtimes and ticket info.