Learn, Laugh and Love Pittsburgh Even More at This Comedy Walking Tour 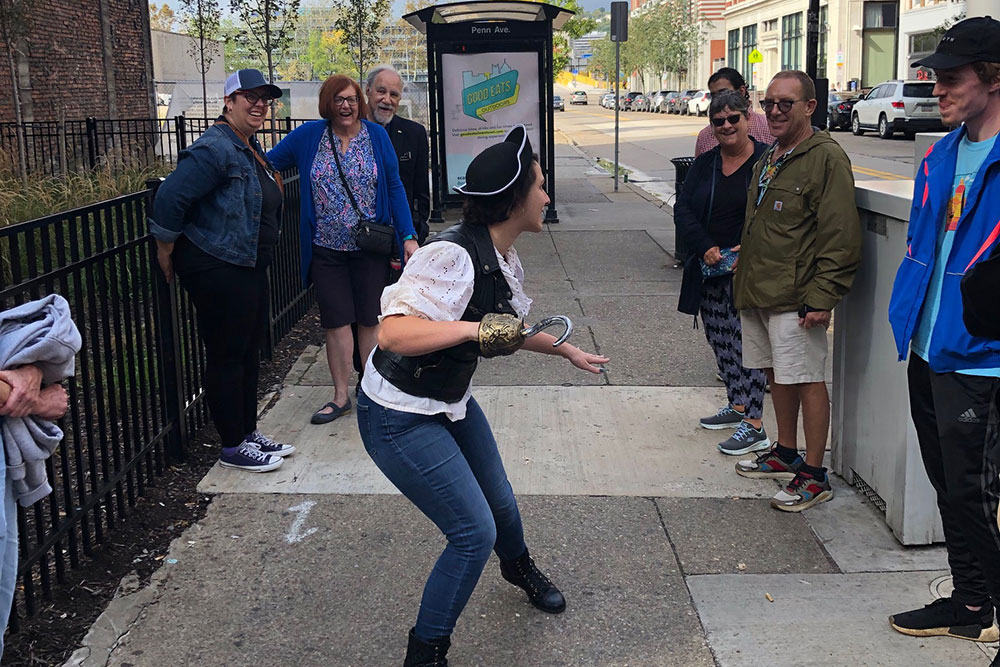 That’s right. Did you know about Pittsburgh’s river pirates? I didn’t, and neither did Nia Johnson before becoming the producer of Pittsburgh’s Drunken History.

Arcade Comedy Theater presents Pittsburgh’s Drunken History, which is a 45-minute comedy walking tour looking at Pittsburgh’s history through the lens of alcohol sold in the city.

No actual drinking takes place on this tour. It is open to all ages, but the guide will point out some places within the Penn Avenue corridor that will be nice to grab a drink afterward.

The tour runs every Saturday and Sunday through the end of October. People can purchase the $20 tickets online. This fully outdoor experience runs about six blocks on flat surfaces. 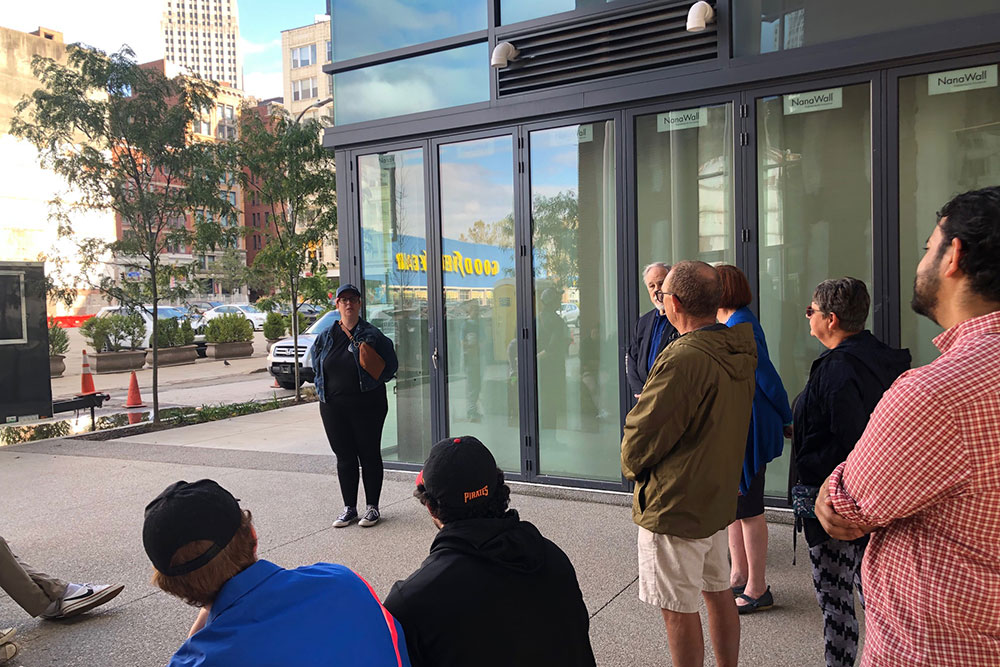 “When we mapped out the tour, Laura Young, the tour director, and I, one of the biggest things that was important to us was making sure it was accessible to as many people as possible,” Johnson says. “So, we didn’t want to do a lot of walking and steps; if you need a wheelchair to get around, we wanted you to still be able to participate in this tour.”

This tour began last fall as a pilot to work out kinks and test its reception. Johnson came up with the idea of a walking comedy show as the manager of new programming for Arcade Comedy Theater, a comedy venue in the Cultural District.

“I was looking for stuff that was kind of outside the norm, and when I say norm, I mean other than going to the Strip District, not going to a club or bar at night, like different things to do,” Johnson says. “And, one of the things I love about Pittsburgh is that we are pleasantly weird.”

Johnson combined these two factors and came up with the walking comedy tour.

She put out a call for submissions to put a specific idea or theme on the show, and Young’s submission won.

“The idea that she submitted had a lot of actual facts in it and it was really funny as well,” Johnson says. “I learned a lot of stuff I didn’t know about the city.”

Every tour has a guide and two character actors. These actors help bring history to life by popping out to play different characters at each stop. For example, participants meet a river pirate. 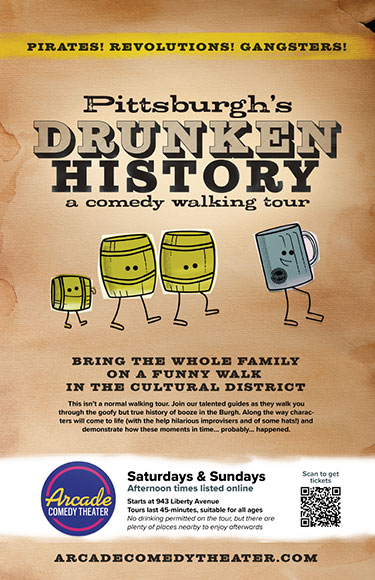 “There used to be river pirates and they had a whole thing where they would pretend that they were in distress to get other ships and boats to come and help them, and then they would rob them,” Johnson explains. “So, we do a whole thing and we meet a pirate there and we get the tour participants to sing a river shanty with us.”

Nettie Gordon was known as the ‘Queen of Allegheny City’ — “at 25 years old, she ran all of the gambling, the brothels, the cops, all the booze that came in and out of there,” Johnson says. “Nettie Gordon was responsible for it and she was really famous for never wanting her picture to be taken.”

At the end of the tour, the Andrew Carnegie character emerges to discuss the ills of drinking, Johnson says. “According to him, drinking was sinful and terrible and men should never do it, but opium was just fine.”

Guides are encouraged to make the tour their own and add in their own material. For example, some guides will do personal research and find new facts to insert into the tour.

In the future, Johnson and Young are considering creating a Halloween-themed tour that is adult-focused, where they can stop at bars for drinks.

Since this is a new kind of comedy project, they say it may only run for a year before they try a new approach.