They met 15 years before they tied the knot, so what took them so long? 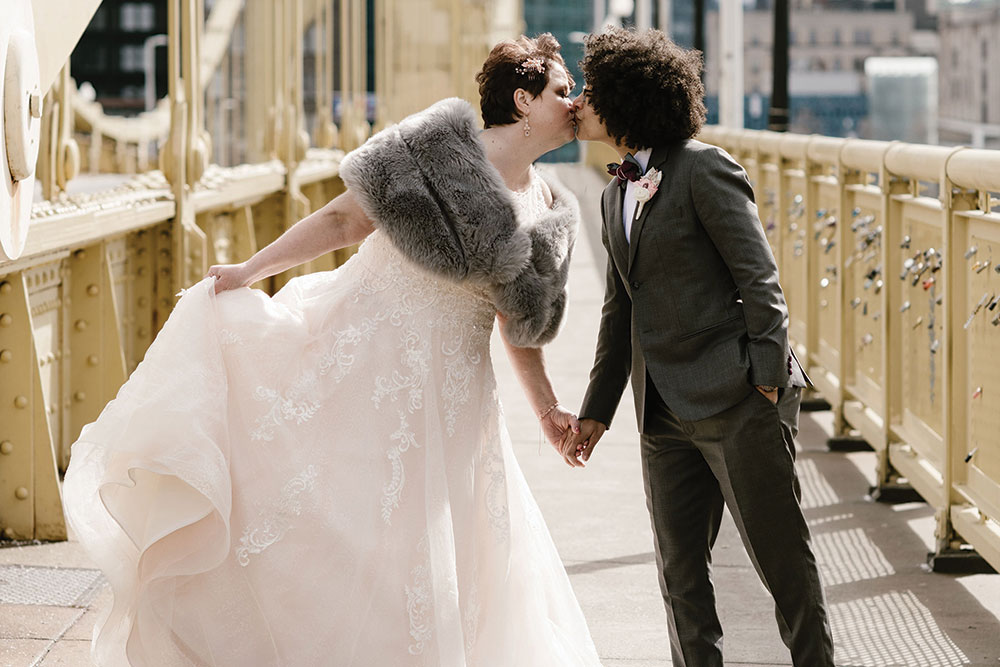 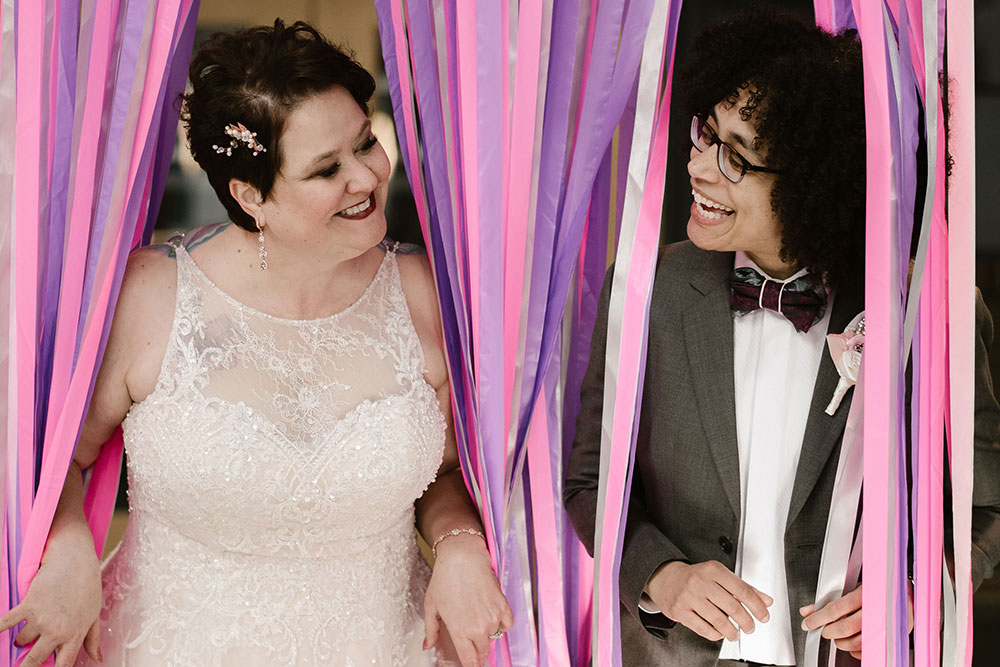 When Donna Met Christina.
Fifteen years ago, Christina Gilpin and Donna Hayes had mutual friends and hung out in the same extended social circle in Pittsburgh. But they both were dating other people, and at the time, their nine-year age gap seemed much larger. Christina eventually moved to California, but the two kept in touch through social media.

Years later, Donna went to California to model in a fashion show and asked Christina if she could stay with her while she was in town. The two reconnected and started a long-distance relationship in 2017. In addition to plenty of phone calls, they were able to travel and see each other often. 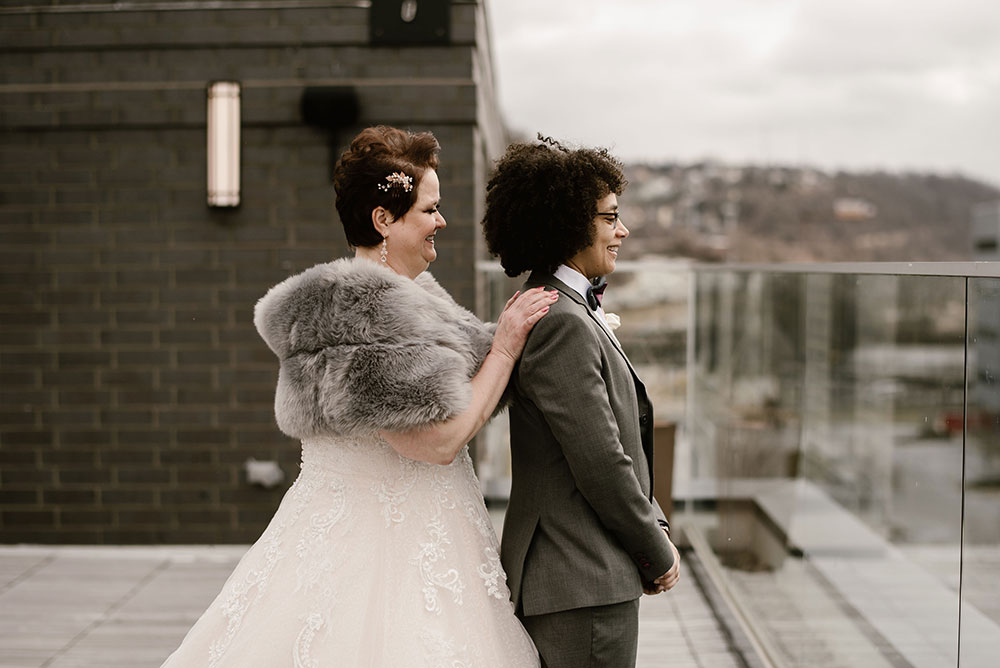 She Said Yes.
Christina and Donna had talked about getting married, but one night in 2019, Donna asked Christina on the phone if she knew that Leap Day fell on a Saturday in 2020. Christina just thought it was a random piece of trivia until Donna announced that they should get married that day.

“She was like, ‘I want to marry you, I’m going to move to California, let’s have a cool anniversary date,’” Christina says. “And I said, ‘I’ll be there on Saturday, let’s talk about this then.’”

When Christina flew to Pittsburgh that weekend, the couple sat down on opposite sides of the room and made a pro/con list for getting married in 10 months, including the fact that they would have to plan and pay for a wedding and a cross-country move at the same time. After an hour and a half discussion, Donna put down her list, crossed the room, and asked Christina to marry her.

“My logical need for a list went out the window,” Christina says. The couple both drove for Uber for the next 10 months to help them make their big plans a reality. 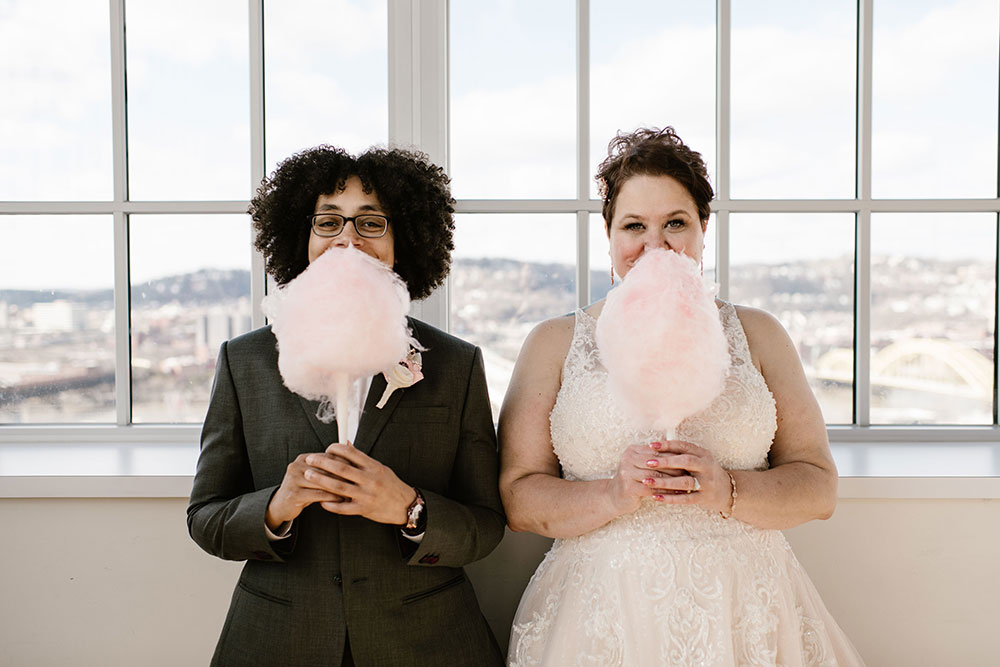 The Big Day.
“Fun” was what Christina and Donna wanted people to remember when they thought about their wedding.

“We were very focused on no one having to do anything,” Christina says. “We wanted it to be a fun day for everybody.”

The couple was married at the Energy Innovation Center in the Hill District and turned one of the space’s large hallways into an indoor games corridor — perfect for the 14-degree day. They offered cornhole, giant Jenga, a custom Connect 4 game and a photo booth, alongside a cotton candy machine and options from Pittsburgh Popcorn Co. to create a carnival vibe. 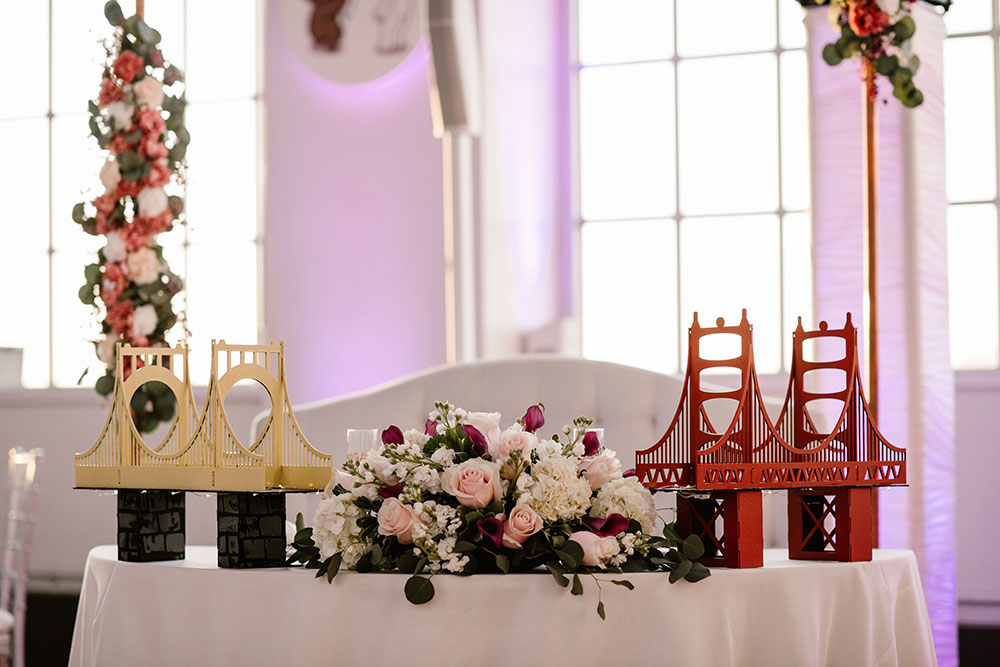 The couple even managed to pull off a choreographed first dance, despite the fact that they were only able to take two lessons together due to living on opposite sides of the country.

“We tried to practice via video,” Christina says, and they also practiced the morning of the wedding in their hotel room. “The whole time up until the actual wedding [there were] mistakes, but we totally pulled it off at the wedding.” 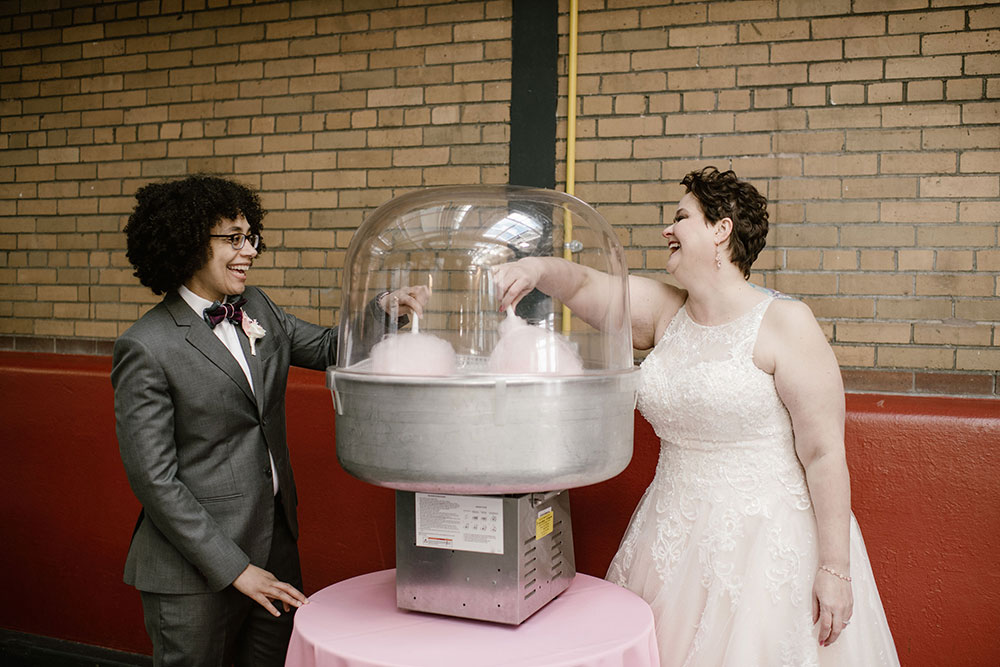 Happily Ever After.
On the Tuesday after their wedding, Donna and Christina started their cross-country drive to California. They live in Oakland with their two boxers, Lola and Gemma. Christina, 50, works for a law firm, and Donna, 41, works for FedEx. 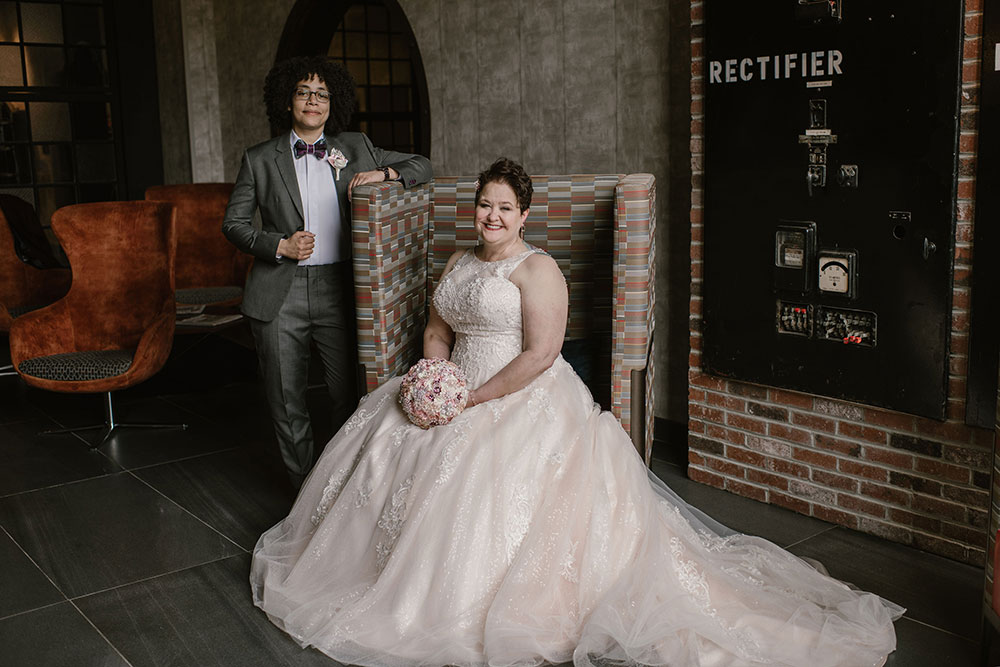 This article appears in the September 2020 issue of Pittsburgh Magazine.
Categories: Weddings

The Color Code: How to Incorporate Fun Hues into Your Wedding

This Wedding Season, Color Is in Bloom for Your Flowers in Pittsburgh