Plus, it's your last chance to vote in our Best Restaurants Readers' Poll. 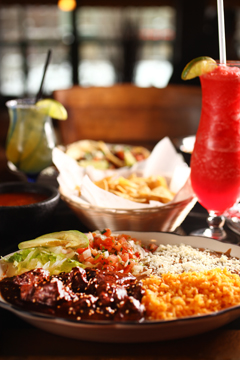 Las Velas Offers Flavorful Mexican Fare
The newly renovated Market Square, packed with at least a dozen eateries, is truly a place where everyone can find something that appeals to them.

Chef/owner David Montanez, who’s married to Virginia Montanez (aka PittGirl), opened Las Velas in 2009 in the midst of the major $5 million renovation. By Light up Night 2010, the area’s overhaul was finally nearing completion, but a major electrical fire ravaged the restaurant a few days later.

Despite the temptation to relocate, Montanez stayed the course and undertook an eight-month interior renovation, reopening in August 2011. Fortunately, his patience and dedication have paid off: Las Velas is thriving.

The entrées are a mix of standard American-Mexican cuisine (such as a burrito with rice and beans) and some less common dishes. I enjoyed the Pollo Al Cilantro ($15.50), featuring tender chunks of chicken breast cooked in a cilantro sauce (similar to pesto), served with rice and refried beans.

The Chiles Rellenos ($16) are also decent: two lightly battered poblano peppers stuffed with chicken, steak or pork, served with a spiced red sauce; after eating the marvelous pork stuffing, I concluded that future visits to Las Velas should include further study of Montanez’s slow-cooked meats.

To wrap things up, I sampled four desserts — and enjoyed the simplest one the most: fried ice cream ($5), a ball of vanilla ice cream rolled in crushed sugar-corn flakes tossed with cinnamon and sugar, and served on a fried tortilla — all drizzled with chocolate or honey sauce.

For the full scoop on Las Velas, click here.

Vote in Readers' Poll Until Monday
We know that you, our loyal readers, are foodies — constantly dining out (visiting new restaurants and returning to old favorites). That's why we're offering you the chance to weigh in on your top picks: Cast your ballot in this year's Best Restaurants Readers' Poll, which will be live until Monday. Review our list of 65 delicious categories (some old, some new) and vote for the ones you love most.

Specialty Foods Store Comes to Canonsburg
Many locals enjoy spending their weekend mornings in the Strip District, picking up produce, baked goods and so much more from any number of the nearby vendors and shops. But for those in the outlying areas, making the trek can be difficult — and long. Recognizing that, Anthony Merante, whose family is known for creating delicious Italian sausages (among other things), brought Merante Brothers Market to Canonsburg.

Housing a coffee shop, an Italian kitchen and a grocery, Merante Brothers is a one-stop shop for all culinary needs, offering visitors the ultimate foodie experience.

This article appears in the March 2012 issue of Eat Street.
Categories: PGHeats